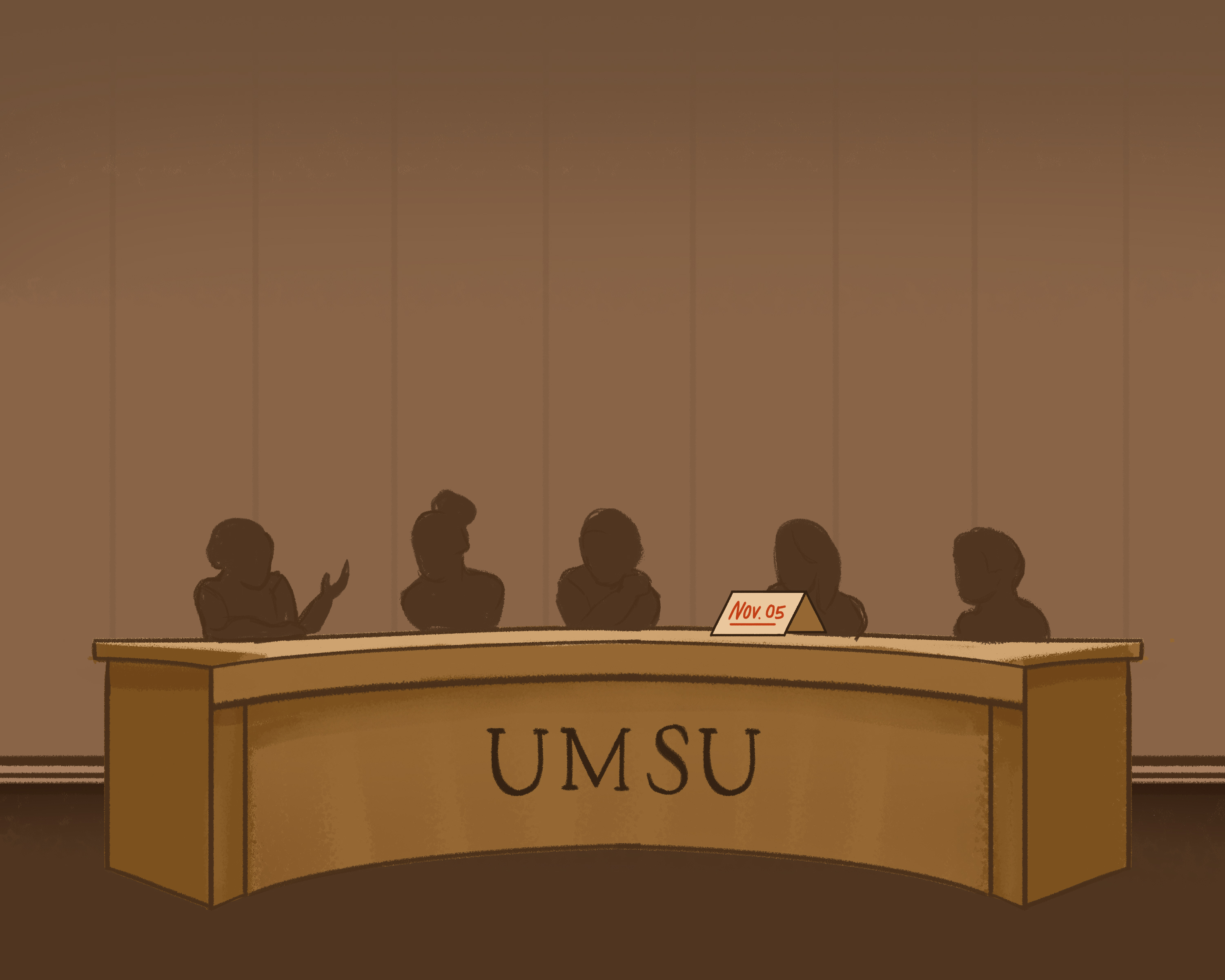 At the Nov. 5 UMSU board of directors meeting, two motions were passed — one giving the green light on incoming changes to the structure of the board, and the other creating a position on the board for Black students’ representation.

The board also received a presentation from the Canadian Alliance of Student Associations (CASA) — a student advocacy organization which lobbies at the federal level.

The presentation consisted of an overview of CASA and what the organization does. UMSU is not currently a CASA member.

The changes to the structure of the board with the passing of motion 0495 include reducing the number of board members to 11 from the current 53, the banning of proxies attending meetings on behalf of board members and new rules limiting permitted absences of board members from meetings to five in a year, or three consecutively.

“What [the governance committee] has been working on for these past three months is addressing Susan Roger’s biggest concern with UMSU as an organization, which is its board [of directors],” UMSU vice-president finance and operations Brendan Scott said in presenting the motion.

Further, the changes include new rules for electing the board of directors.

Directors will be elected undergraduate students with elections taking place one week after the election of the UMSU executive and representatives.

Directors are currently elected by students in their respective faculties. Slates are typically used to elect a student association executive, which includes candidates for UMSU’s board.

Those who unsuccessfully ran for positions in the executive or representative elections will be ineligible to run for a board director position. All candidates must be independent — not part of any slate.

Once the changes come into effect, UMSU representatives — such as those representing the Arts Student Body Council or Indigenous Students’ Association — will no longer be required to meet a quorum for UMSU board of directors meetings but will be “encouraged to come, weigh in on debate, present, report to the board and report back to their respective councils,” reads the motion.

Current quorum for the UMSU board of directors is a majority of the 53 sitting members.

“Nothing is changed in terms of UMSU [representatives],” Scott said.

“All council bylaws and operations are unaffected.”

The changes come as part of efforts begun by last year’s UMSU executive, for which Susan Rogers of Rogers Leadership Consulting was commissioned to file a report evaluating the board’s structure and effectiveness.

The second motion — motion 0496 — put forward by UMSU vice-president community engagement Tino Dogo was to create a Black students’ representative position on the UMSU board of directors. The motion passed unanimously.

The motion is the result of shared efforts between UMSU and the newly created University of Manitoba Black Students Union (UMBSU).

Speaking in favour of the motion, UMBSU president Reem Elmahi said “By adding a Black [students’] representative to the board of directors, UMSU is ensuring that someone on the board is actively advocating for the Black students of U of M.”

In speaking on the motion, Elmahi named Vimbainashe Daisy Gudu, vice-president advocacy for UMBSU, as a possible appointee to fill the new position in the interim.

“The creation of this position is a massive step toward a fully equitable UMSU where the needs of Black students can be directly advocated to the board,” Dogo said.

“I’m looking forward to seeing the [UMBSU] grow, since the community is the strength behind Black excellence on campus.”