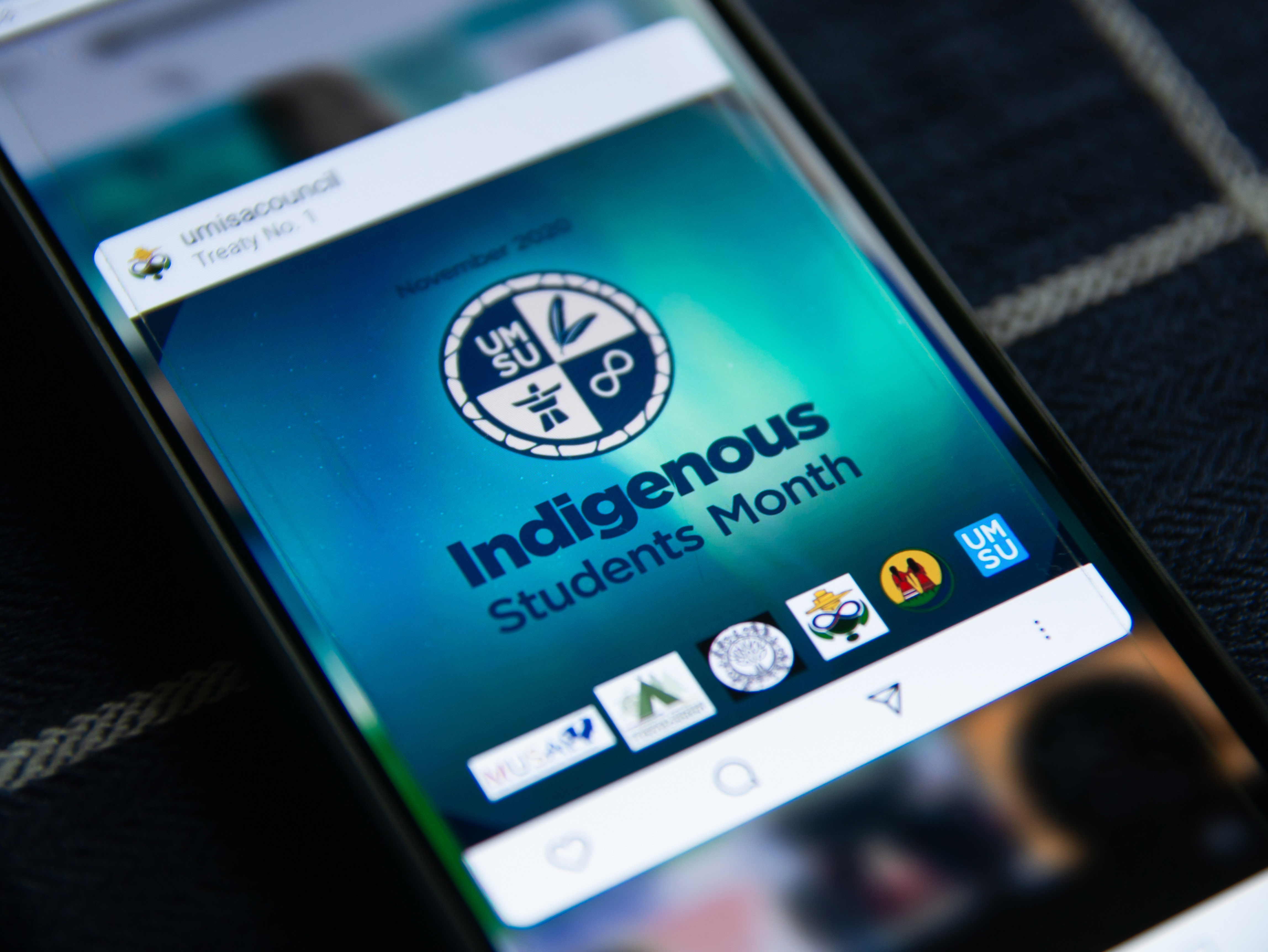 UMSU is celebrating its second annual Indigenous students’ month open to the general public throughout the month of November. This year, the organizers are taking a virtual approach to engaging and honouring the Indigenous community through events hosted by the University of Manitoba Indigenous Students’ Association (UMISA) along with other Indigenous student groups.

In the coming weeks, participants will be able to join in and listen to Indigenous speakers on key issues as well as language tables and beading.

“We always had a backup plan,” she said.

“As soon as the restrictions hit, it set a barrier for us because we wanted to kind of plan [the events] more land-based,” she added.

UMSU president Jelynn Dela Cruz said that although organizing did have its difficulties, finding available speakers and panelists has been, for the most part, easier than last year, where they found difficulty in finding panelists mainly because they were not in the city or weren’t able to make it down to [UMSU University Centre], but this way it’s a little bit easier to connect.”

Kubrakovich emphasized the importance of paving the way for Indigenous leadership and representation at U of M.

“Being an Indigenous student, navigating these paths for our youth and our students, our voices are often shunned […] we’re not often represented.”

Both Dela Cruz and Kubrakovich said they prioritize the continuation of Indigenous students’ month and its role in utilizing both Indigenous and settler voices in decolonizing the U of M, “an institution of higher learning that is historically colonial,” according to Dela Cruz.

“Our learning shouldn’t stop in the classroom,” she said.

“That’s why I’m really pushing for a lot of crowd at these panels because all these panels have a lot of knowledge that you can take from.”

“You may not know that. You’ll attend a panel discussion and maybe you won’t take anything out of it, but just attending that panel discussion kind of sets that perspective, or that sets that first step of understanding whose land you’re on.”

Details on events and event scheduling for the rest of the month can be found on UMISA’s social media.