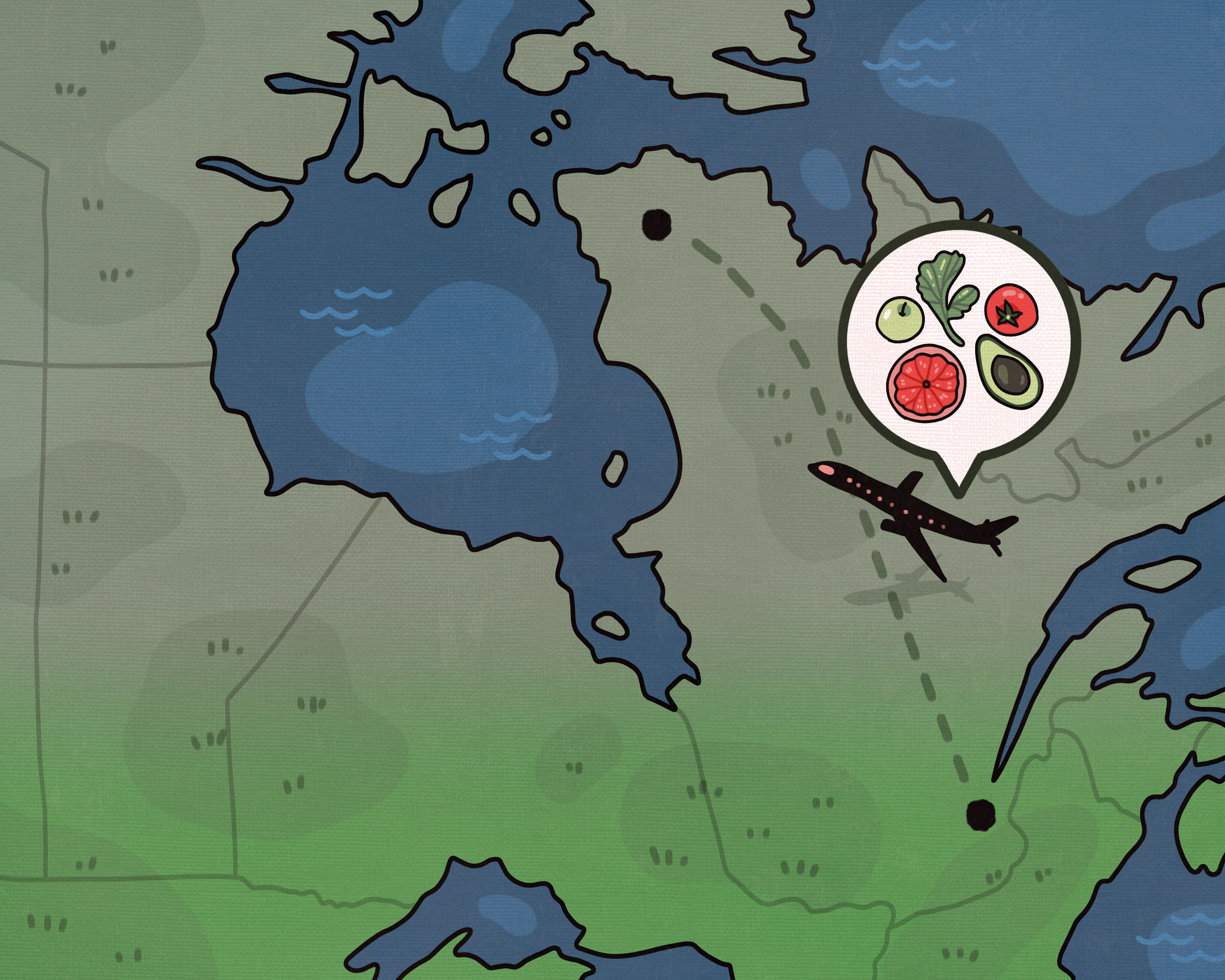 Indigenous leaders have continuously struggled to be heard when they call on the federal government for a policy that contributes toward restructuring our mainstream governing systems. Policies surrounding food and nutrition in northern regions of Canada are not excluded from this and should be of utmost importance to the federal government.

The recent racist attacks perpetrated against the Mi’kmaq people in Nova Scotia and their fishing livelihoods have brought mainstream attention to the mistreatment of Indigenous people, their land and their foodways.

On April 14, the federal government announced that it would provide an additional $25 million to the Nutrition North Canada (NNC) subsidy program so northern families can have access to better food and hygiene products during the COVID-19 pandemic. According to the 2018-19 fiscal year report, this is roughly a 32 per cent increase from the subsidies usual allowance.

The NNC program provides northern retailers subsidies to allow them to lower their prices for items such as flour, infant formula, milk, vegetables, fruits, meats and more. For many well-intentioned policy analysts, this program may seem like a praiseworthy effort by the government to tackle the issue of food insecurity in northern Canadian communities. However, there are numerous flaws.

Although the NNC program serves northern Inuit and Indigenous communities alike, the problems with the program primarily stem from far-north Inuit peoples foodways and the diets they have historically consumed.

The same goes for milk, bread and beans. Having disproportionately southern grown and produced foods covered under the subsidy ignores community needs, and it is discriminatory due to the lack of attention paid to the benefits of the diets historically consumed by Inuit populations.

The NNC fails to provide necessary items such as hunting and fishing gear. It does not subsidize bottled water, despite the fact that many of these communities are under boil water advisories and cannot access clean drinking water. The NNC has neglected to examine the context in which it operates.

As a result, they have simultaneously neglected what would actually benefit populations living in the north.

The NNC program was implemented in 2012. The then-Conservative federal government — the party in power at the time — did not consider community demands and implemented the program despite their criticisms. The failure to consult with Inuit and Indigenous communities, or implement culturally sensitive policy, mimics colonial governmentality.

In 2018, Inuit leaders called for policy changes that would meet the needs of their communities — effectively calling out the NNC as an ineffective program.

The increase of funding for the NNC from the Justin Trudeau administration is not only disrespectful to communities who demanded change, but it is also a slap in the face to anyone who had hopes that a Liberal-led government would take steps toward reconciliation, or better yet, steps to dismantle the deeply rooted colonialism that drives many social inequities in Canada.

The federal government should be reallocating its funds to programs that provide sustainable nutrition in northern communities. According to a 2019 CBC article, many northerners will go to “great lengths” to curb the heavy retail costs of food and water. Even with the NNC subsidies, food is too expensive for people to afford. According to Statistics Canada, since the program was established, food insecurity in northern communities has grown.

Unfortunately, it seems the NNC program does not view food as a human right.

It appears that the only value the program places on food is monetarily measured. In places of extreme poverty and malnourishment, making food slightly less expensive but still not affordable to community members is unethical. Policy and programs developed to help food insecurity must first recognize food as a human right.

Over time, federal policies that favour industry have also led to significant environmental destruction. For example, some rivers and lakes have become unsafe for fishing in many of these communities due to high concentrations of methylmercury caused by hydroelectric dams.

There is a lot of work that needs to be done by government officials in order to properly support communities while improving food security, living conditions and the dignity of Inuit people.

In place of the NNC, funding should be reallocated to conserving the knowledge and practice of traditional diets. Further, more focus should be placed on environmental protection.

The NNC is a colonial system that encourages Eurocentric lifestyles and simultaneously hampers Inuit food sovereignty.

Canadians must pressure the federal government to end financial support of the NNC and allocate funding to policies that work to reconcile their relationship with Inuit populations.