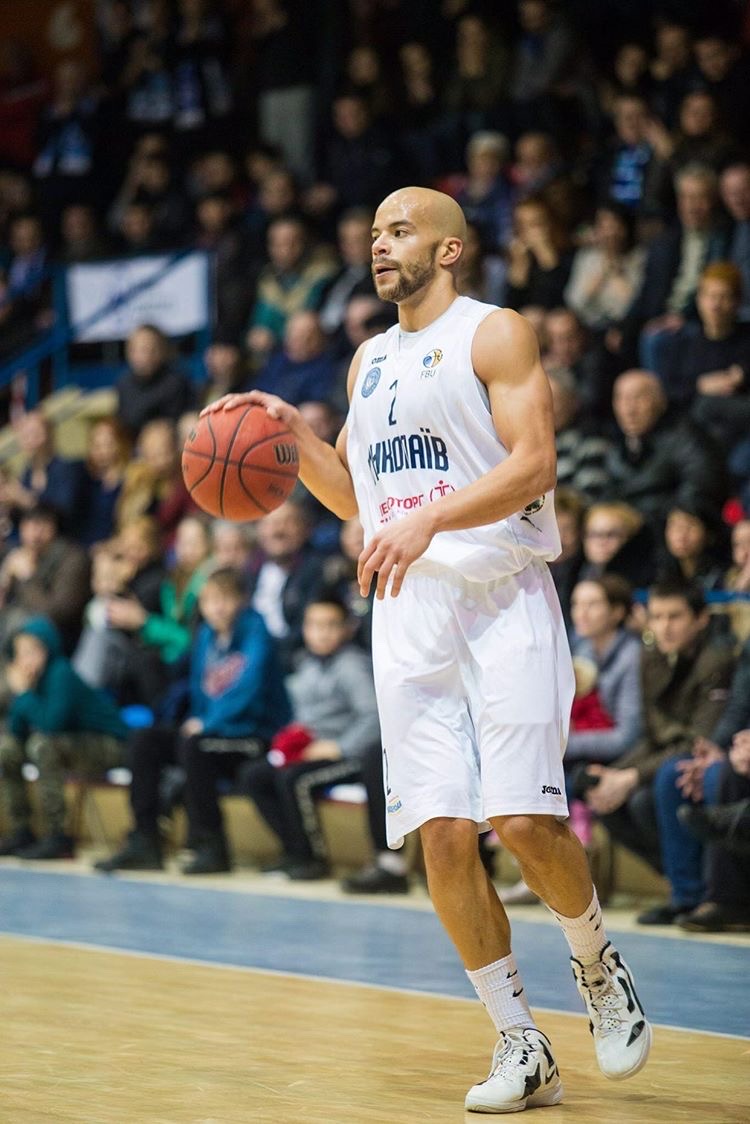 Former U of M Bison Keith Omoerah has recently agreed to a new contract with MBC Mykolaiv of the Ukrainian Super League. The third-year pro makes his return to the club after splitting last season between the Iranian league with Exxon Sport Club and the Ukrainian Super League with BC Odessa.  The Winnipeg native also has international experience. Omoerah has been a regular member of the Nigerian national team since 2018, playing in FIBA events such as the African Cup.

In the 2018-19 season in Mykolaiv, Ukraine, Omoerah had one of his best pro seasons statistically, averaging 13.2 points, 5.7 rebounds and 2.7 assists in 18 games. Over three games with Bipa Odessa in the 2019-20 season, the six-foot-four shooting guard averaged 8.3 points, 5.3 rebounds and 4.0 assists before the team’s season was cut short due to the spread of COVID-19.

The shortened season meant Omoerah had to come home to the keystone province. Although he had to forgo the rest of his season, Omoerah is thankful for the time he was able to spend with loved ones.

“As tough as this off season was, the silver lining in it is that I got to be home longer than expected and spend time with my family,” he said.

As the pandemic shut down professional sports leagues around the world, many athletes were left wondering what their future would look like. Financial ramifications from a season cut short and a damaged world economy have put pro sports leagues in a tough position.

Omoerah knows he was one of the lucky few to be able to get a contract this year, as many other ballers are left without contracts in a free-agent market filled with uncertainty.

“Due to [COVID-19], a lot of leagues had to shut down which obviously means a lot of jobs were lost,” he said.

“Unfortunately, there’s a lot of good hoopers out there still without a job. On top of that, a lot of players overseas had to take a pay cut as well. I’m thankful to be in the position I am being back in […] Ukraine.”

The former Bison hopes to leave his mark overseas like he did in his hometown. The Grant Park High School graduate played four seasons for the herd in 2010-11, 2011-12, 2015-16 and 2016-2017. In his time, Omoerah was a Canada West conference all-star and helped lead the Bisons to the Canada West Final Four.  After the season, he signed with Norwegian club Bærum Basket for the 2017-18 season. Omoerah had an incredible university career that was topped off by earning his spot in the professional ranks, something rare in collegiate sports.

The U of M alumnus knows the commitment and sacrifice a student athlete must make for their sport. So, when Canada West announced that they were cancelling all winter sports due to the COVID-19 pandemic, he could not help but empathize with Bison athletes.

“I feel for the university athletes during this time,” Omoerah said. “For me, playing at the University of Manitoba was the [most fun] basketball has ever been. So, for those players not to have the opportunity to enjoy this year is upsetting. Understandable, but still upsetting.”

However, Omoerah knows that if any athlete wants to succeed, they need to make the most of any opportunity. Leaving a message for Bison athletes, he highlighted the importance of persevering through the difficulties of a cancelled season.

“As tough as this year might be, [Bison athletes] just have to stay the course,” he said. “Don’t cheat the game and the game won’t cheat you.”

This mindset is what has helped Omoerah find success on the court and in free agency. After a cancelled season, the former Bison heads back overseas with renewed optimism, in the face of COVID-19.

“I’m excited to be back playing in the Ukraine this year,” he said. “With so much uncertainty in the world right now, I find it comforting to be back in a familiar place.”