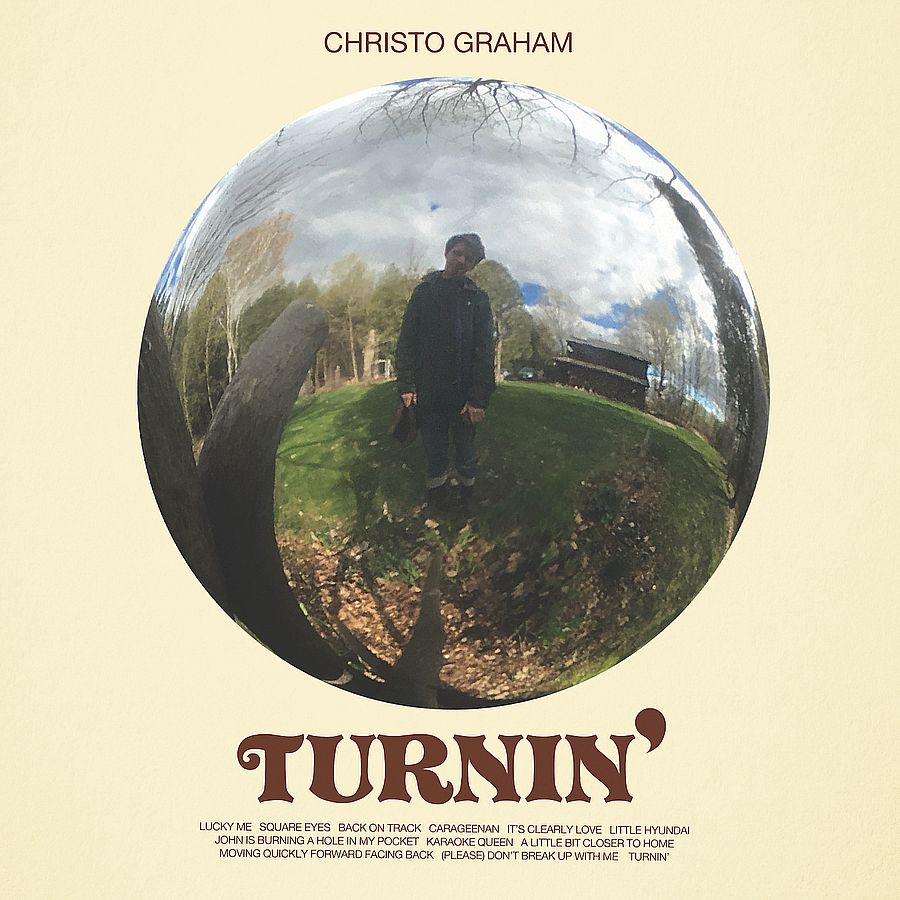 With a voice that shares some forlorn fibre with the king of melancholy Townes Van Zandt — or maybe it’s a lovesick Alex Chilton on the timeless “Thirteen” — Christo Graham is the kind of classic pop aficionado that gives your parents a thrill when you explain that yes, this record was in fact released in 2020.

Graham belongs to a certain class of male quasi-throwback artists — the likes of Andy Shauf, Tobias Jesso Jr. or latter-day Mac DeMarco — songwriters that delight in edging-on-adult-contemporary singer-songwriter fare. They are the decidedly anti-hip — and, therefore, very hip — progeny of James Taylor, Randy Newman and “Brown Eyed Girl”-era Van Morrison. These are songwriters who write songs.

Graham’s latest, the fuzzy, nostalgic Turnin’, is a decidedly smaller-sounding record than 2016’s November Baby — the small flares of funk and synth-rock that coloured his earlier music is gone, replaced by a lo-fi folksiness thanks to a four-track tape recorder that once belonged to his grandmother. The result is an insular, confidently unpolished thing, packed with enough hooks and guitar licks to fill a much flashier record.

It’s the kind of album that could only be made by a 20-something post-2010. With the internet dissolving all genre lines or real sense of scene, the idea of what is or isn’t cool has dissolved too, welcoming in a resurgence of sappy, heartfelt ’70s singer-songwriter fare devoid of any obvious irony. That’s not to say that Graham is self-serious or rigid — Turnin’ finds a balance between sincerity and a certain psychedelic humour, with songs like “(Please) Don’t Break Up With Me” and “Little Hyundai” finding the middle ground between genuine feeling and knowing goofiness.

The best moments come when Graham leans slightly away from his admittedly strong pop-rock bona fides — the title track’s clipped-wavelength guitar solo, the snaking beauty of opener “Lucky Me” and the retro cartoon soundtrack that haunts sprightly closer “It’s Clearly Love” — the album is at its best when some weirdness is allowed to peek through.

Still, it’s hard to argue with tracks as simple and strong as “John is Burning a Hole In My Pocket” — Graham has an undeniable knack for pop melody, compact songs that glitter gently like dusty jewels.

The charm of Turnin’ suits Graham better than his earlier, cleaner sound, but the sensation that you’ve heard these songs before begins to wear — those looking for something with legitimate bite should look elsewhere.

But, even when using some of the most well-worn sounds of the last century of popular music, he has found new stories to tell.