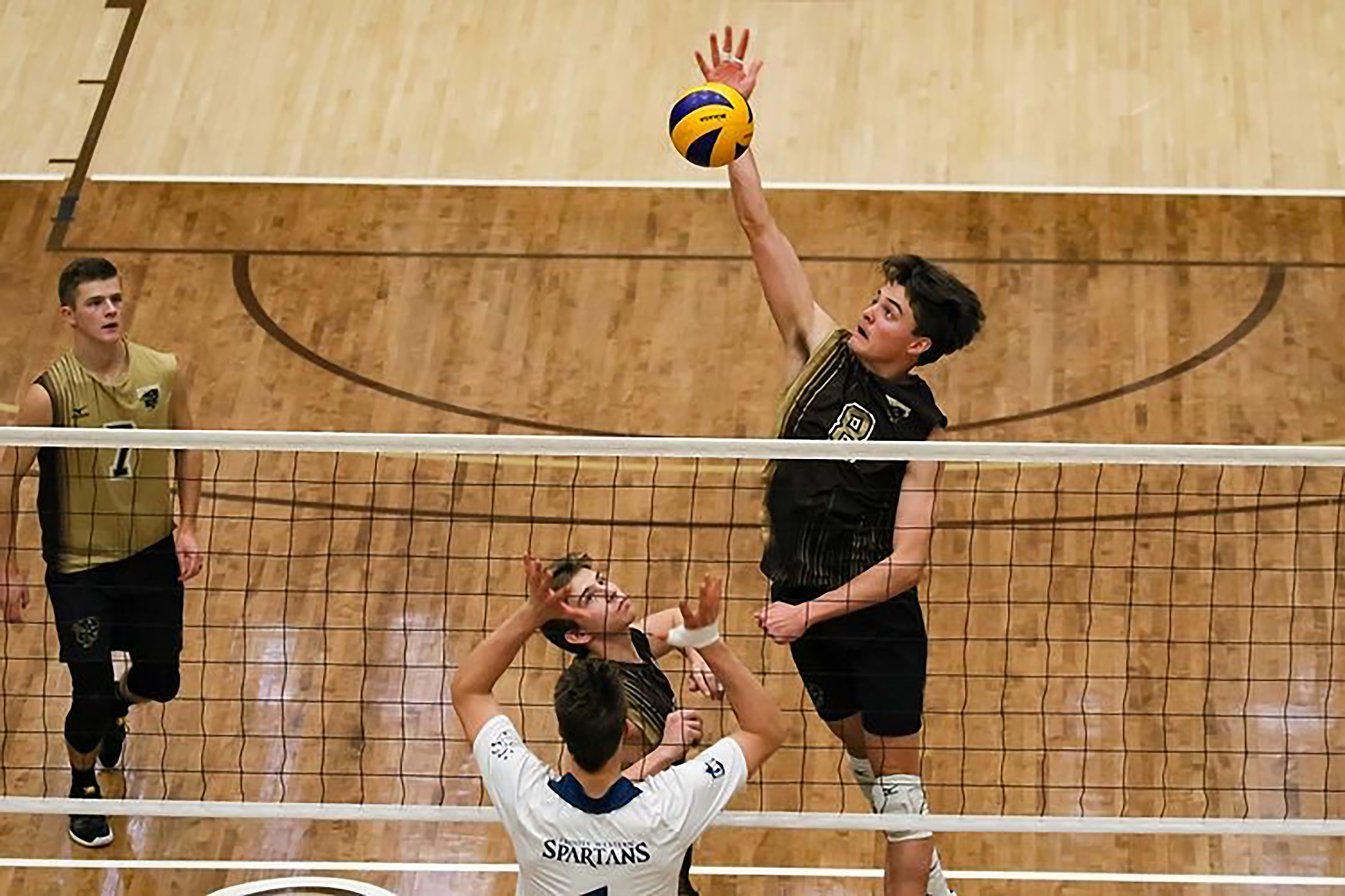 The U of M Bisons men’s volleyball team finished the 2019-20 season with an 8-14 record, but despite a rough record, rookie Darian Koskie remained a bright spot on the team.

The Winnipeg native was named to the Canada West men’s volleyball all-rookie team after starting for the Bisons due to an injury on the court.

Koskie had a great year for the squad playing in all games and was second on the team in blocks, a great accomplishment for a rookie.

“It was an honour to be named to the all-rookie team,” Koskie said.

“It’s always nice to be acknowledged for your hard work and performance on the court, so at the end of a season that ended rather disappointingly with us missing the playoffs, the recognition served as motivation to keep working hard and prepare for the national tournament that got cancelled because of [COVID-19].”

Koskie was also awarded the Mark Tennant Award for the top 20U male player of the year in Manitoba.

“I consider the Bison sports rookie of the year award to hold greater significance to me than the all-rookie team,” Koskie said. “I’m not one to always look forward to individual awards and plan my success around them, so I didn’t really think much about it until the nominees for the Brown and Gold were announced.”

Due to the COVID-19 pandemic, there will be no 2021 winter national championships, and ultimately this includes Koskie and the Bisons.

Training is tough to do during COVID-19 due to closures of recreation centres and social distancing procedures, and improvisation is  necessary.

“Now in code red […] I have to work out from home and have no access to a court anywhere to train on,” Koskie said.

“It’ll be tough, but as long as I’m able to stay in shape by working out, the eventual transition back to training shouldn’t be too hard.”

Koskie came into last year as a rookie and experienced a lot of growth.

His year of experience and advice could be very useful to an incoming rookie on the team.

“My advice for an incoming player would be [to] work hard and stay humble,” Koskie said. “It’s really important to work hard and focus on getting better, but as you improve, don’t let it get to your head.”

“I promise you, as a first-year, there are other players on your team and in the league who are working just as hard as you, and if you settle or decide that you’ve worked hard enough, they will surpass you,” Koskie said.

Even after a great season, Koskie mentioned specifics about things he’d like to become better at.

“Personally, I’d like to improve on my blocking for the next season,” he said.

“When we play against the best teams in the league, their setters run an efficient offence that is often hard to block.

“I’d like to work on this by getting reps in the gym, but also watching film on other teams to help improve my reading.”

The Bisons have continued to improve the team and prepare for the hopeful start of the next season once restrictions in Manitoba are loosened.

“With no season and a new coach, there has been a tremendous change in the daily routine of the team,” Koskie said.

“Not travelling and not playing any games completely changes the training focus from what it was last year.”

“To put it simply, with no season, many players on the team, including myself, have chosen this year to get stronger in the weight room.”