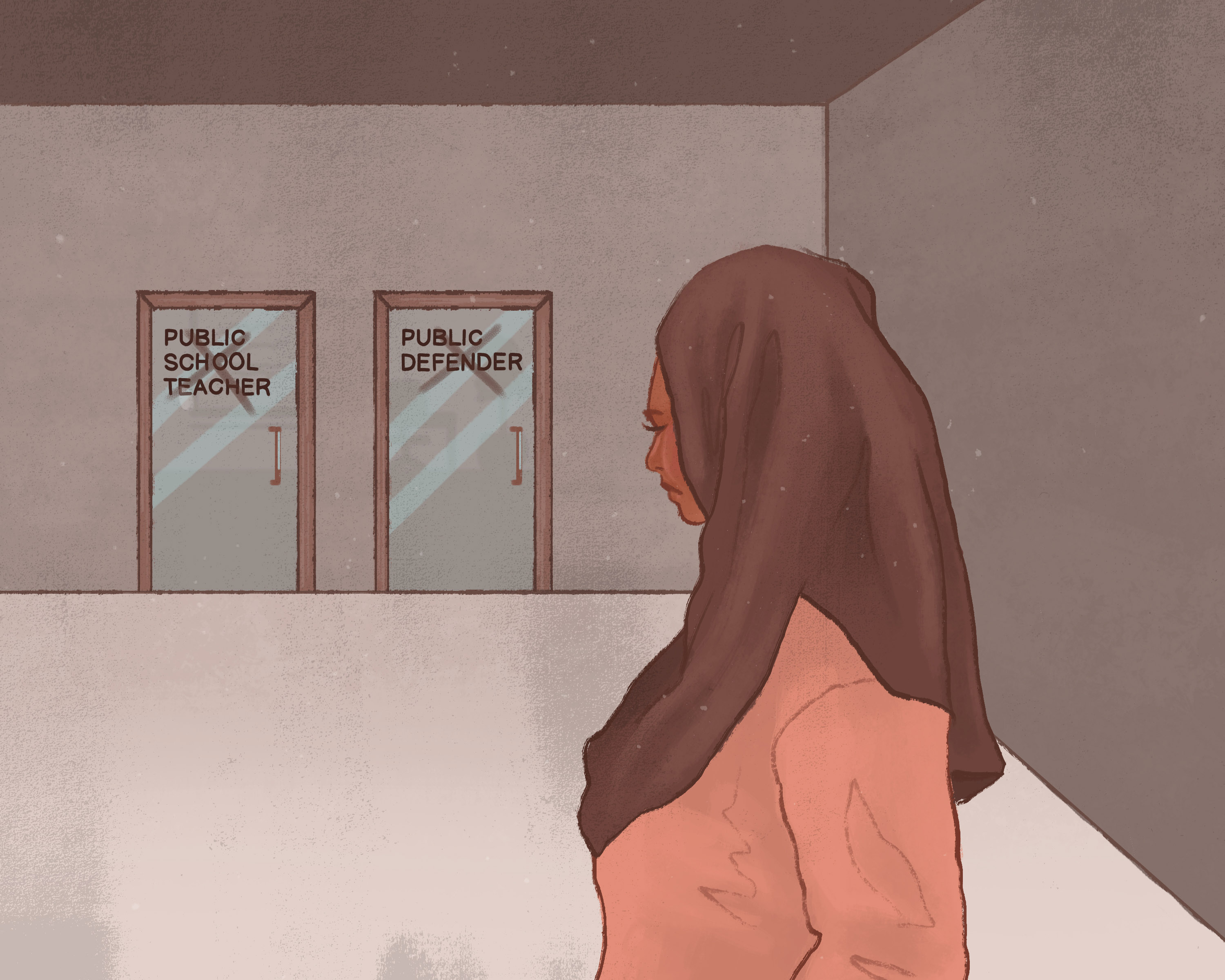 A court appeal of Bill 21 in Quebec started Nov. 2. A group of civil rights activists and religious advocates are trying to repeal what they view as an unconstitutional infringement of their civil liberties.

Bill 21 is a Quebec law passed in 2019. It bans public sector workers from wearing symbols of their religion in the workplace. It exhibits clear bias against populations that often wear more visible symbols in order to adhere to the tenets of their faith — like a hijab, a turban or a kippah.

The bill seeks to create a state of secularism and equality in Quebec. However, although it appears to put people on equal footing, in reality it does the exact opposite for some members of its society. Secularism does not mean abolish all symbols of religion, but rather the separation of religion from state practice and influence. Although appearing to be separated from religiosity, secularism is as much of a belief system as any other religion. The government of Quebec is forcefully imposing its own worldview on its citizens as it seeks to diminish the worldviews of others.

As an ardent supporter of the secular state, I believe this is the wrong approach and that it masks prejudice with the appearance of equality by disadvantaging and ostracizing many Muslim, Jewish and Sikh Quebecers.

A person wearing a hijab working as a public school teacher, for example, should not be considered a threat to secularism. These symbols of faith should not be a violation of a workplace dress code, never mind a provincial law.

In a country where everyone is supposedly afforded the right to freedom of conscience and religion by Canada’s constitution, this attack on basic freedoms should be enthusiastically rejected by our lawmakers and legislators. Under the Canadian Charter of Rights and Freedoms, Canadians’ freedom of religion is codified as the right to practice and teach religion without fear of incrimination.

Bill 21 utilizes the notwithstanding clause, legally referred to as section 33 of the Canadian Charter of Rights and Freedoms, that allows the Quebec government to avoid charter challenges of the bill for up to five years. The bill has, and continues to face, numerous legal challenges.

Due to Bill 21, religious freedom and religious pluralism in Canada is in grave danger.

Prime Minister Justin Trudeau summed it up succinctly, saying in 2019 that it is “unthinkable” to legislate state-sanctioned discrimination of religious beliefs in a supposedly democratic society.

All Canadians should be able to enjoy a right to wear a symbol of their religion without losing out on opportunities such as working in public service. These individuals should not have to sacrifice their religious convictions to do so.

When asked about the risk of people being barred from employment or losing their jobs due to Bill 21, Quebec Premier François Legault, leader of the Coalition Avenir Quebec, said “there are other jobs available.”

This callous comment is only one reason why religious minorities in Quebec may feel ostracized and unwelcome in their own province.

There are many people in Quebec who may have had dreams of working as a public school teacher, public defender, prosecutor, judge or police officer.

As a result of Bill 21, many individuals who wish to continue practicing the tenets of their faith may have to change their education and career paths to accommodate the prejudice that has been enacted upon them. Those who currently work as teachers, and do not comply to the bills demands, cannot be promoted or move school boards under a grandfather clause in the legislation.

State-sponsored religious discrimination such as this will only serve to justify and fuel xenophobia and racism.

Bill 21 also exposes the disarray that Canadian secularism and religious freedom finds itself in. Huge policy differences between provinces makes it difficult to see the point of the Charter of Rights and Freedoms, seeing as the freedoms the document outlines should be universally adhered to.

For example, in three provinces — Ontario, Alberta and Saskatchewan — the only faith-based schools that receive full funding from the public purse are Catholic schools. These provinces endorse Catholic schools as though Catholicism were worthy of full government funding while simultaneously neglecting other religions.

In Manitoba, Catholic, and all other faith-based schools, are private, independent institutions. As such, they receive no capital funding from the province. Instead, religious schools receive funding that is determined by their compliance with the rules set out for private schools within the Public Schools Act.

No faith-based schools should be receiving full public funding, full stop. This is especially true given the unjust, inequitable treatment of different faiths in this country.

The full funding of Catholic schools in some provinces begs the question as to why basic religious freedoms are not being respected in Quebec.

It exposes a fundamental inconsistency in how religious freedoms are treated and respected in Canada.

When it comes to Christianity, it seems provinces are less threatened by a lack of secularity. But when religions such as Islam or Sikhism are publicly visible, the state acts to repress their religious expressions.

The state-sponsored religious discrimination that is being upheld by the Quebec government is shameful. No person should be barred from wearing a symbol of the religion they practice in their workplace. Secularism is a worthy cause, but Bill 21 is the wrong way to implement it.