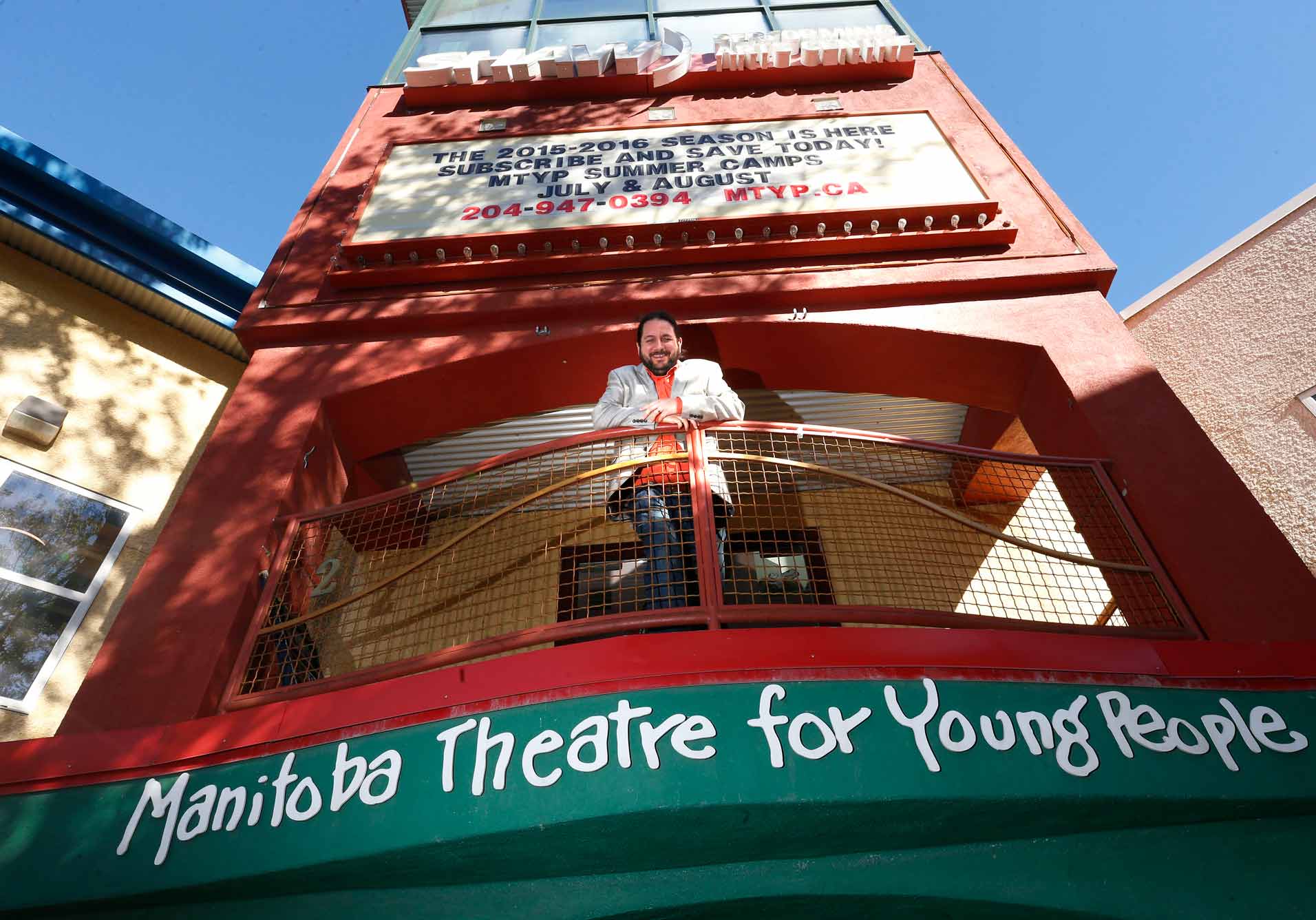 When the COVID-19 pandemic hit Winnipeg, theatres were some of the first institutions to be shut down. The Manitoban sat down with the artistic director of Manitoba Theatre for Young People (MTYP), Pablo Felices-Luna, to learn more about how its programming was disrupted by the onset of the virus in Manitoba and its plans for the future.

At the time of the first Winnipeg lockdown, three major changes were made to the end of MTYP’s season.

The first was the cancellation of Windmill Theatre Company’s North American tour, Beep, as the Australian company pulled back its actors due to travel restrictions. Another cancellation was the second portion of MTYP’s Gala performance weekend, which musical theatre students had been preparing for in MTYP classes. Spelling 2-5-5, a tour that was to be the season’s last show in May, was also shut down as schools withdrew.

During this time, MTYP had originally planned on announcing its 2020-21 season but postponed it to rethink what the year would look like amidst the pandemic.

In April, the company announced it aimed to tackle the following season with what Felices-Luna called “measured hope.”

“We do want to come back together to do what we do for audiences in person, but we also understand that [the] hope that we are trying to maintain has to be qualified by the reality of what we are living through,” he said.

Some changes to MTYP’s 2020-21 season include shortening it, adding digital offerings and reducing class sizes.

“We looked at the summer and we said, ‘what can we do within public health guidelines and with an abundance of caution, but still to offer opportunities for self-expression and to support families?’” Felices-Luna said.

The result was a scaled-down version of on-site summer camps using cohorts — a practice that continued into the fall session until Winnipeg went into critical code red, forcing MTYP into strictly digital offerings.

As for productions, subscribers can look forward to previously postponed shows being remounted as well as new ones.

Felices-Luna also spoke about the complexity of making shows for young people during this pandemic. Not only does MTYP serve multiple audiences of varying ages, but it must also consider how guest companies fit into programming and keep all those involved with MTYP safe while seeking and creating programming that is reflective of current times.

“I think it helps everybody, the more we know early on, and we need to be completely prepared for [plans] to go out the window because things are changing constantly and we need to remain as nimble as possible to adapt.”

Overall, Felices-Luna feels that the restrictions placed due to COVID-19 have been both creatively fruitful and frustrating.

“There’s been some really good opportunities for creation,” he said.

“Our school has been trying to sort of think about how to deliver programs differently, whether it’s in person or online […] there’s been lots of exploration in all of those directions.”

In this difficult time, morale is something that MTYP has sought to keep up as much as possible.

“MTYP is going to make whatever accommodations necessary for people to continue working and working in a way that they feel good about,” Felices-Luna said.

He stressed the importance of keeping all MTYP employees informed of the company’s path during these troubled times to reduce uncertainty.

On a personal level, Felices-Luna said his biggest struggle as MTYP’s artistic director is the limits on the creative process for both himself and artists he works with.

“There’s this thing that you’ve trained your entire life to do, and you’re not able to access it — I think it’s that loss that is really, really challenging for a lot of artists,” he said.

In regard to this, Felices-Luna mentioned how he finds encouragement in “moments of recharging” and spoke to the importance of this concept across MTYP as a whole. Since the organization is supported by many other departments, maintaining optimism at each level of involvement is vital.

Until Winnipeg’s COVID-19 case numbers go down, Felices-Luna said that all MTYP can do is continue monitoring the evolving situation and head into its upcoming seasons with measured optimism, ready for whatever changes come next.

“It’s not something that just happens, and it’s not easy […] it’s not that we are unaware of the fact that things will have to change, but at least let’s hold onto hope, let’s make an active choice to say, ‘things are going to get better.’”

City, province must put foot on gas to slow traffic