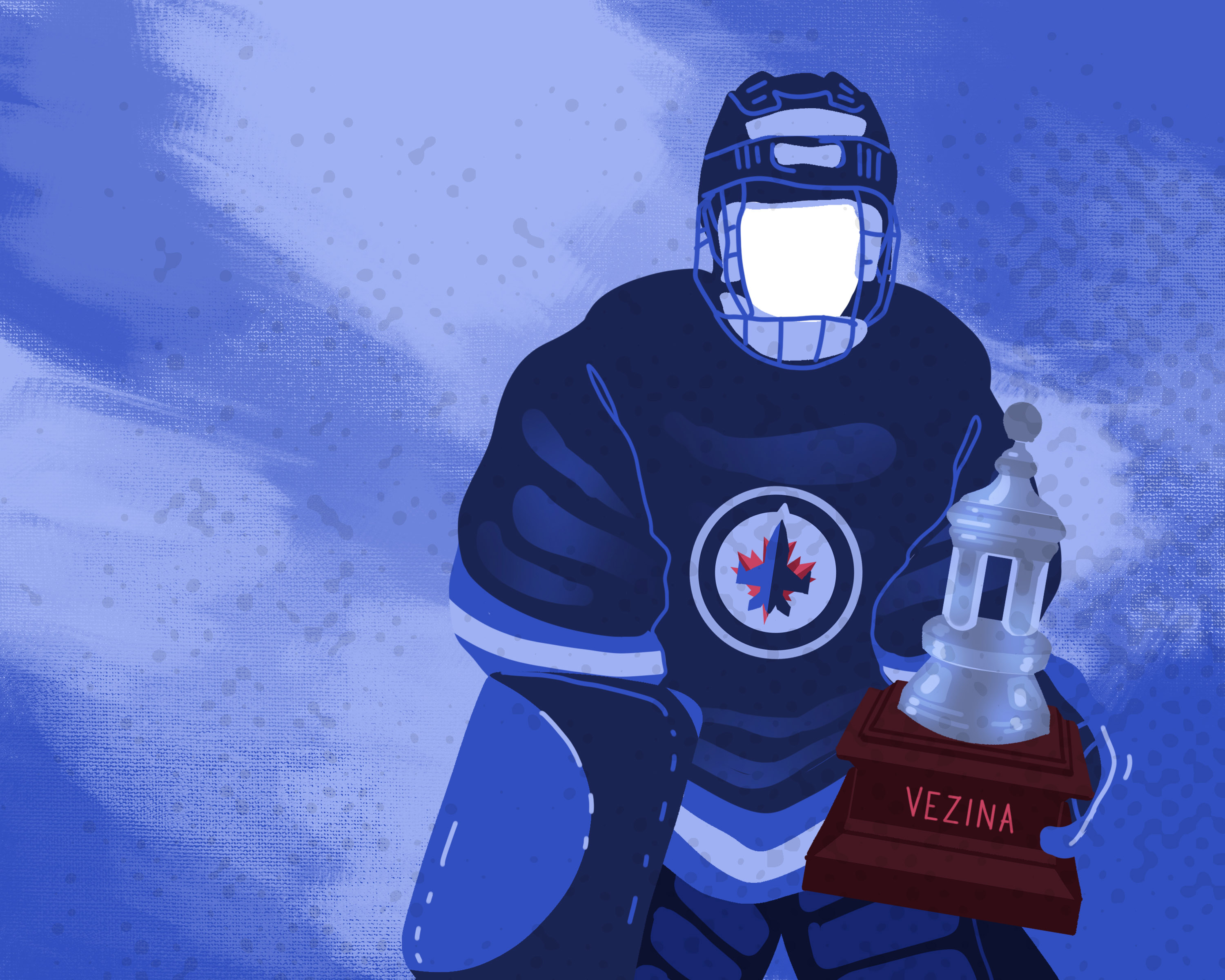 The 2019-20 Vezina Trophy winner is Connor Hellebuyck of the Winnipeg Jets.

Each year, the Vezina Trophy is handed out to the top goalie in the National Hockey League, voted on by the 31 general managers in the NHL and awarded at the end of the season.

Hellebuyck beat out Andrei Vasilevskiy of the Tampa Bay Lightning and Tuukka Rask of the Boston Bruins for the award. This is the Jets player’s first Vezina Trophy  win and his second nomination in the past three years.

It’s fair to say that at the start of the year the Jets were relying on a big season from Hellebuyck, and it’s safe to say that “a big year” would be an understated way of stating what he delivered.

Not only was Hellebuyck the best goalie in the league this year, he was arguably one of the best players overall.

Many people counted the Jets out this season due to the loss of a number of key players on their back end. Jacob Trouba , Tyler Myers, Ben Chiarot and Dustin Byfuglien were all counted as significant losses that could severely affect the team’s performance this season.

The loss of these players resulted in the Jets placing seventh in the league in shots against per game and Hellebuyck taking 41 more shots against than the next goalie in the league. If not for him, the Jets would have probably been drafting even earlier.

With the Jets receiving the 10th overall selection in the 2020 NHL draft, the team could look to get Hellebuyck some help.

This assistance could come in the form of defenceman Jake Sanderson of defensive forward Anton Lundell or some other aspiring player, but in whatever form it comes, Hellebuyck would surely be grateful for a bit of relief on the ice for the coming season.

The draft begins on Oct. 6 and the Winnipeg Jets will continue to look for help when free agency opens on Oct. 9.

The team already has the goalie, now it needs the combination of players to go with it.

With the right moves, the team could look to get back into the top of the league come next year.