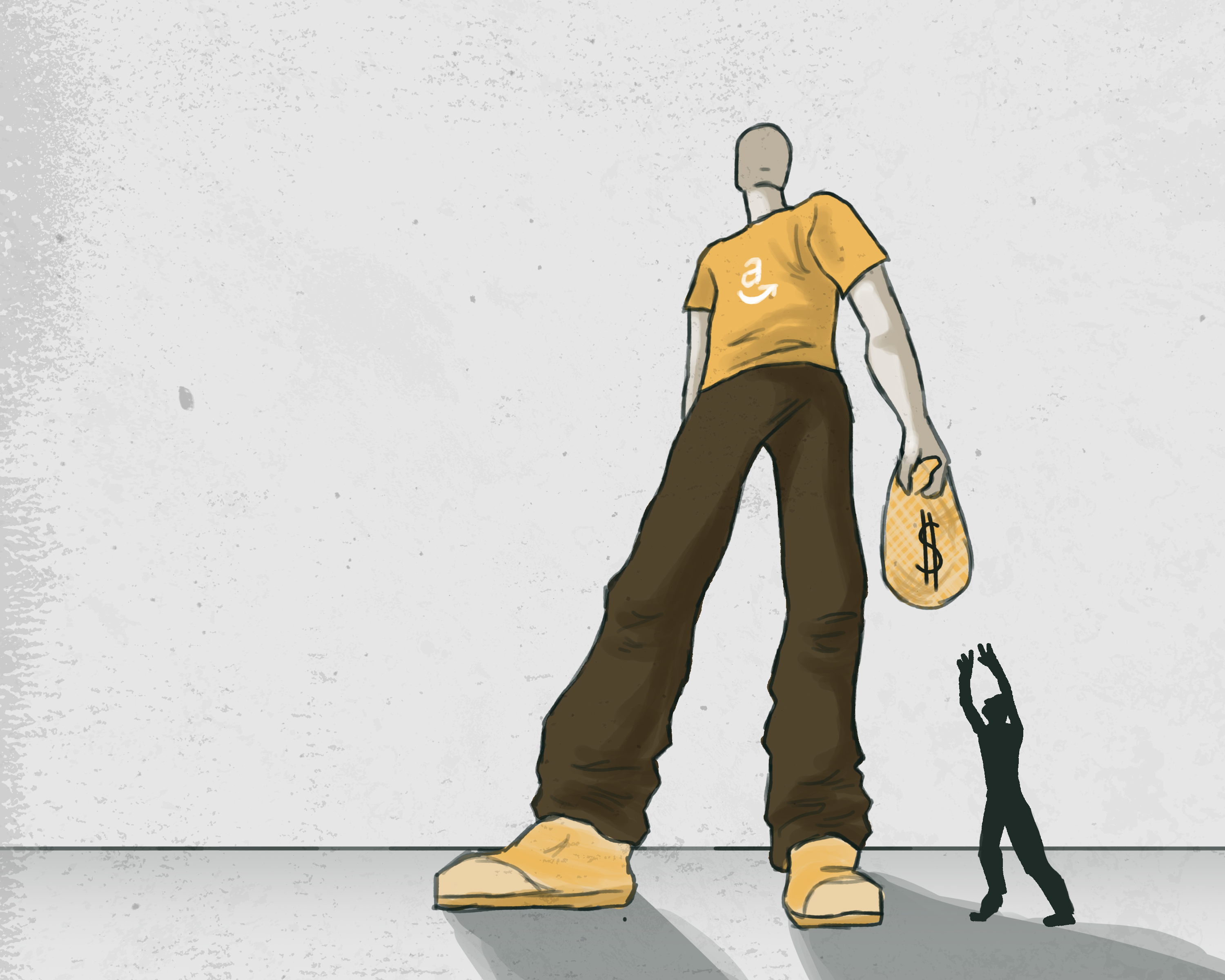 With the holiday season right around the corner, COVID-19 is enticing people to stick to the screens when it comes to gift shopping. In hopes of limiting the spread of the virus, a lot of people are turning to the world’s largest e-commerce site — Amazon.

It is no secret that local businesses are suffering right now, and they need our support more than ever.

E-commerce giants have the advantage of convenience. Their fast and cheap shipping services attract customers, leaving smaller businesses with less demand to survive on.

However, this is not the only reason to shop local.

The CEO of Amazon, Jeff Bezos, is the richest man in the world with a net worth of approximately US$206 billion. Yet, despite the wealth he and the company have accumulated, Amazon employees only earn a median salary of US$36,640 annually.

Recently, Amazon has seen multiple COVID-19 outbreaks at its warehouses. Employees have reported unclear or no communication of the outbreaks. Two Amazon, employees, Emily Cunningham and Maren Costa, have spoken out. They criticized how the company handled the risk involved with working during the pandemic. As a result, they both lost their jobs.

Regrettably for Amazon workers, this isn’t uncommon. There are numerous examples of workers losing their jobs for voicing concerns over their work environments. Because of this, employees are worried about their safety and job security. This has placed workers in an unfair position — they are afraid to go to work because of the pandemic, but they will not speak up in fear of losing their jobs.

Former Amazon employee Chris Smalls helped to organize a protest at an Amazon warehouse after workers at the warehouse raised concerns about not being provided proper COVID-19 protective equipment.

At the time, Smalls was under orders to quarantine after being in close contact with someone who had contracted the virus. Shortly after the protest, Amazon fired Smalls for putting the safety of its workers in danger. Smalls claims it was more of a power move than a concern for the health of employees. Since this, Smalls has spoken out, pressuring Amazon to protect its employees.

Every year, Amazon hosts its Prime Day — a two-day event where Prime members have access to extreme savings across thousands of products. Similar to Black Friday or Cyber Monday, consumers flocked to Amazon on Oct. 13 and 14 to get in on the deals. For weeks, Amazon workers have been protesting against Prime Day.

Chris Smalls was instrumental during a protest outside Jeff Bezos’s home, encouraging the public to boycott the corporation’s sales holiday.

For shoppers, Prime Day is exciting. For warehouse workers, it is a terrifying spectacle of modern-age consumerism which forces them to work to the bones with little compensation.

Amazon’s internal reports show rates of serious injury almost double during Prime Day in contrast to other warehouses. Workers claim that the robots used to speed up packaging rates are impossible for humans to keep up with, resulting in accidents and, at times, injury.

Employees have to scan a set number of items and, if they do not reach their quotas, they risk being written up or potentially fired. The pressure of these targets increases during Prime Day and, as a result, warehouse workers feel rushed.

Amazon has not only repeatedly ignored concerns, but the company has also made statements that directly contradict its internal reports. It has denied publicly that injury numbers spike during Prime Day, even though its own reports display the opposite.

With such brutal allegations about the work environment at Amazon and its response to COVID-19, one has to wonder whether we should be supporting them with our business.

To protect themselves and others, consumers are shopping online. It’s great for avoiding contact, especially as the pandemic grows in Manitoba. However, money means more than just a number on a screen. In an age of boycott culture, giving a company your money means you support their actions. And not enough consumers ask themselves whether particular companies deserve their hard-earned money.

Amazon and other e-commerce giants hold a majority of the market when local businesses offer the same services. With the holiday season approaching, supporting your community must be a priority at the top of everyone’s mind.

Local businesses are suffering, layoffs are common and many businesses are closing permanently. It could be our neighbours, friends or even family members losing their jobs. In light of the recent events concerning Amazon, it is time for the attention to shift toward local businesses that need our support.