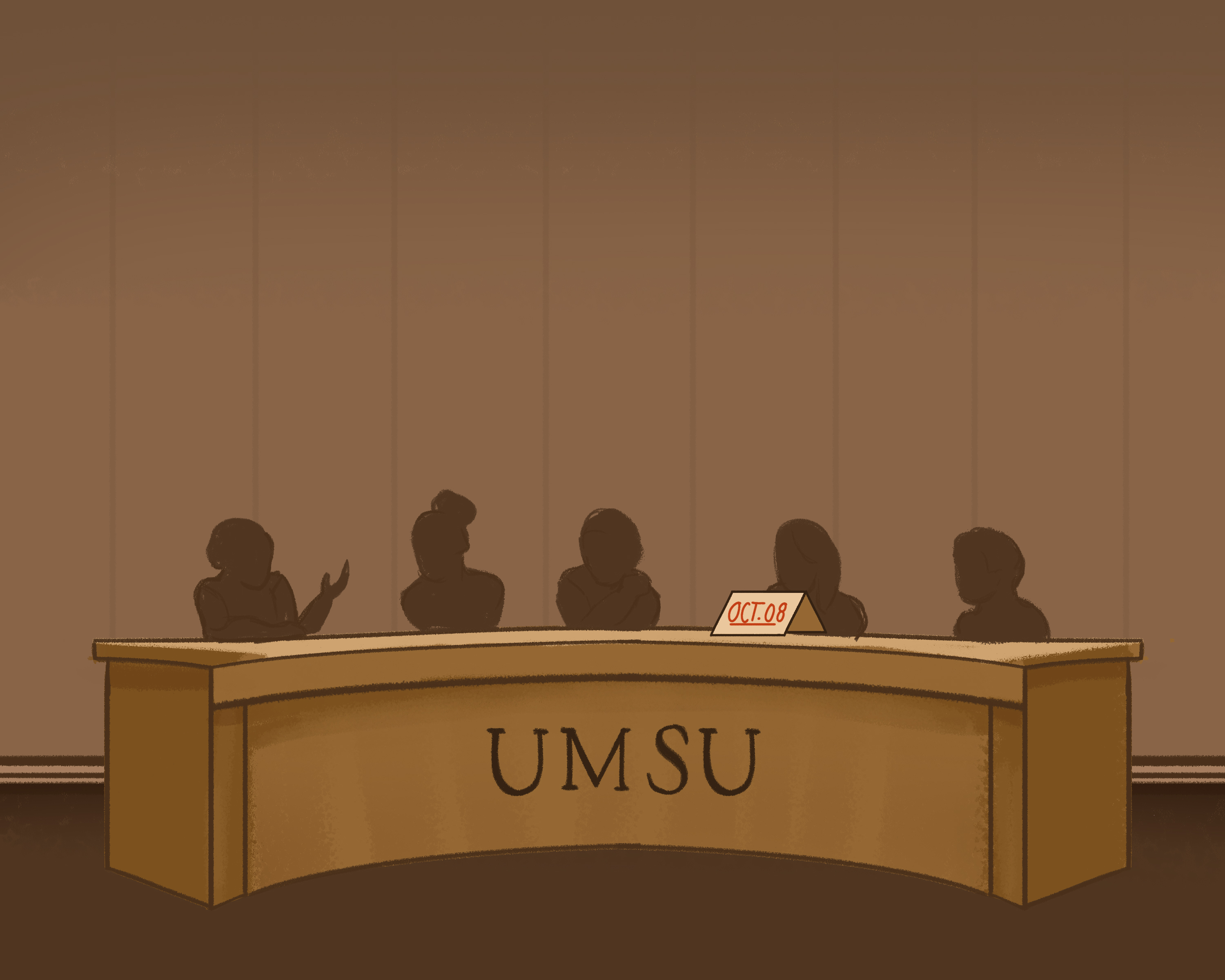 At its Oct. 8 meeting, UMSU’s board of directors discussed ongoing advocacy regarding Respondus Monitor and tuition payment plans for international students. It also passed a motion signalling an incoming abolition of slates in UMSU elections.

UMSU received a presentation on Respondus Monitor — the exam invigilation software introduced this year by the university, which has raised concerns from UMSU — from Mark Torchia, vice-provost teaching and learning and executive director of the Centre for the Advancement of Teaching and Learning.

Torchia said that due to the principles of academic freedom — which stipulate that the university is unable to mandate how instructors teach, including their use of technology — solutions to UMSU’s concerns about “environmental checks” and practice exams cannot be mandated by the university.

As a stop-gap measure, the university has made a practice quiz available through UM Learn so students can familiarize themselves with the invigilation software without needing to mandate instructors to create practice exams.

Torchia said the university has negotiated with the company to prevent recordings of students being used in research but is unable to guarantee full privacy due to the existing Freedom of Information and Protection of Privacy Act (FIPPA), which the recordings may be subject to.

“We will always manage data held in Respondus [Monitor] just like all other data that we hold, in compliance with FIPPA” Torchia said.

“FIPPA is the law and we have a legal obligation to that.”

Due to the difficulties posed by commitments to academic freedom, UMSU vice-president advocacy Kristin Smith said in the meeting that advocacy around Respondus Monitor will move from a focus on working with the university administration to working with individual faculties.

UMSU also made the decision to vote on its official position on Respondus Monitor at the next meeting.

Smith presented her report on ongoing efforts to assist international students who are having difficulties paying tuition due to the economic impacts of COVID-19.

Smith said in the meeting that efforts to advocate for instalment plans for international undergraduate students “have been met with adversity.”

The report further stated that the financial services office at the university has cited “difficulties” in implementing instalment payment plans for international undergraduate students but are “always willing to help students on a case-by-case basis.”

As part of ongoing efforts to restructure UMSU, the board also voted in favour of a motion which could mean the future abolition of slates in UMSU elections.

The motion reads, “Be it resolved that the board instruct the [governance] committee with its support or rejection of the use of slates during the elections of the UMSU executives.”

In opposing the motion, members cited the potential for lowering an already low voter turnout, as well as potential for less efficient governance arising from electing independent candidates, rather than slates.

Arguments in favour of the motion cited the high barriers to entry in UMSU that slates create. Lauren Slegers — a Commerce Students’ Association UMSU representative — described the slate system as “a dying way of doing elections.”

In support of the motion, UMSU president Jelynn Dela Cruz said that “in order to continue moving this organization forward, I do think that we need to stop keeping ourselves and keeping our aim where we’re at and we need to place it where we need to be.”

Listen to students and you’ll hear ‘education for all’