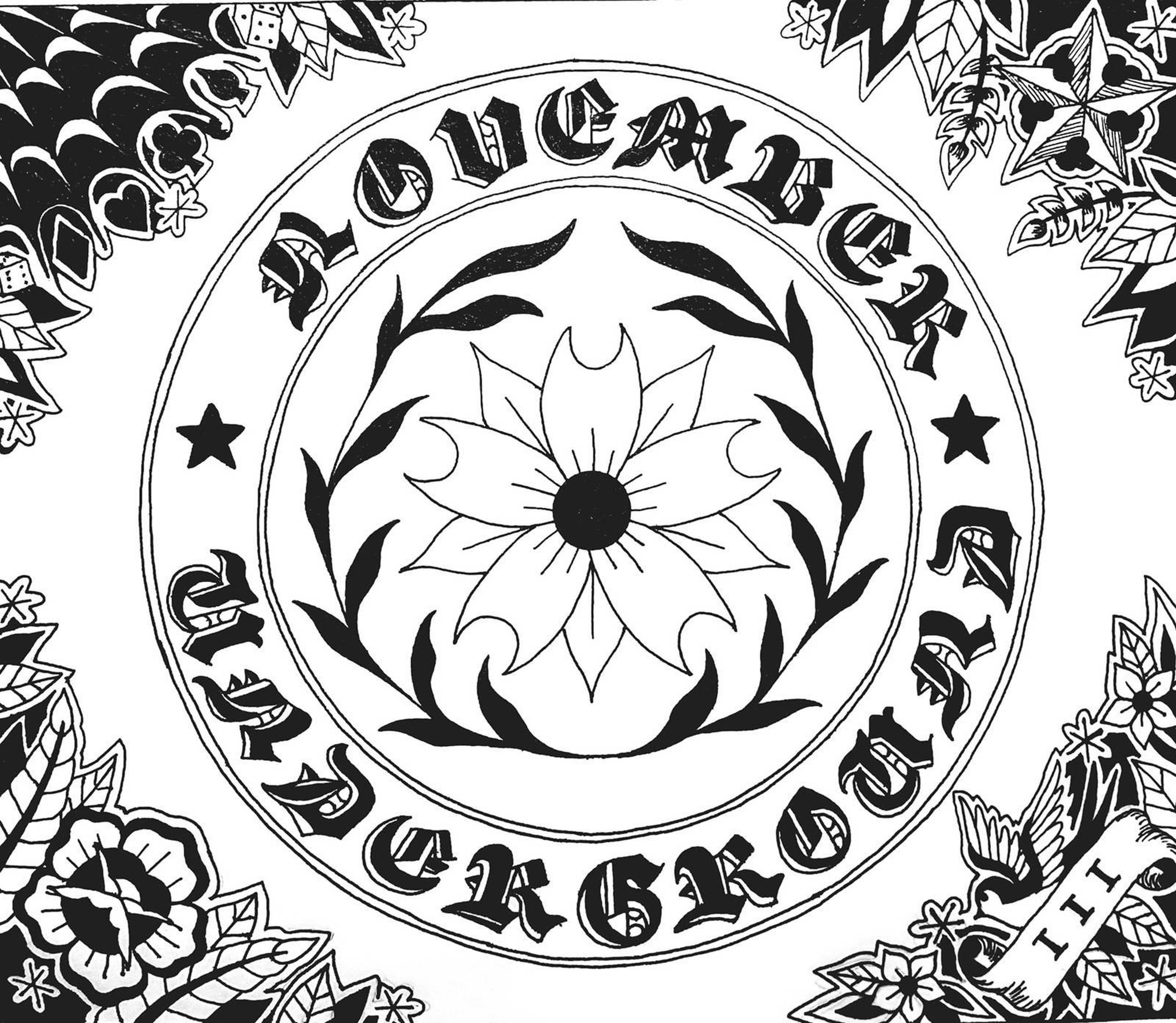 There are generally two modes when it comes to decade-specific revivalism: those artists who embody a particular aesthetic ideal without committing fully to the sound — your pop-punk SoundCloud rappers or ’60s glam-rock pop stars — and those who, through uncanny sound-alikes or some intangible essence, embody the spirit of a certain scene to a T.

November Underground, from Selkirk, Man., is a member of the latter class, a band whose aesthetic sensibility and sound are plucked straight from the radio-grunge wave of the late ’90s and early 2000s. From frontperson Kalyna Morrow-Litke’s vocals — which manage to recall Corin Tucker, Eddie Vedder or Scott Weiland, depending on the phrase — to the band’s preferred mode of distorted, rolling riffs and distinct choruses, November Underground is the growling children of a 1998 college radio station.

The band’s self-titled debut occupies a universe of slate grey and shadows.

But beneath all the monochrome crunch and bombast are some subtle complexities.

The fingerpicked quietude that opens “Heartsick” and the silvery, tangled verses of “Blue Papers” lend the album some much appreciated textural variety.

It’s a heavy record, both in sound and subject matter. As Morrow-Litke sifts through broken relationships and the detritus of the mind, her lyrics are dominated by pressure and isolation, and a darkness colours even the record’s most high-energy assaults. Still, there are flashes of levity.

From the winking song titles — “Burrito Bear,” “Dijon Longjohn,” “Banger eh?” — to the high of “Balls Trippin’,” the band reveals its sense of humour.

The band is able to craft songs that sound both familiar — the opening riff of “Banger eh?” instantly recalls Hole’s “Celebrity Skin” — and so deeply felt as to be totally convincing. November Underground’s nostalgic energy doesn’t feel like shtick, and they’ve got the songwriting chops and clear-eyed verve to reinvigorate a dated sound.

The riffs are big, the solos are electrifying and, in Morrow-Litke, the band’s got a frontperson with a genuine point of view and engaging magnetism.

The sounds may not be new, but they’ve been done far worse and with far less conviction.

November Underground seems to know exactly what it’s made of, and its confidence makes for a debut both knowingly nostalgic and satisfyingly present.