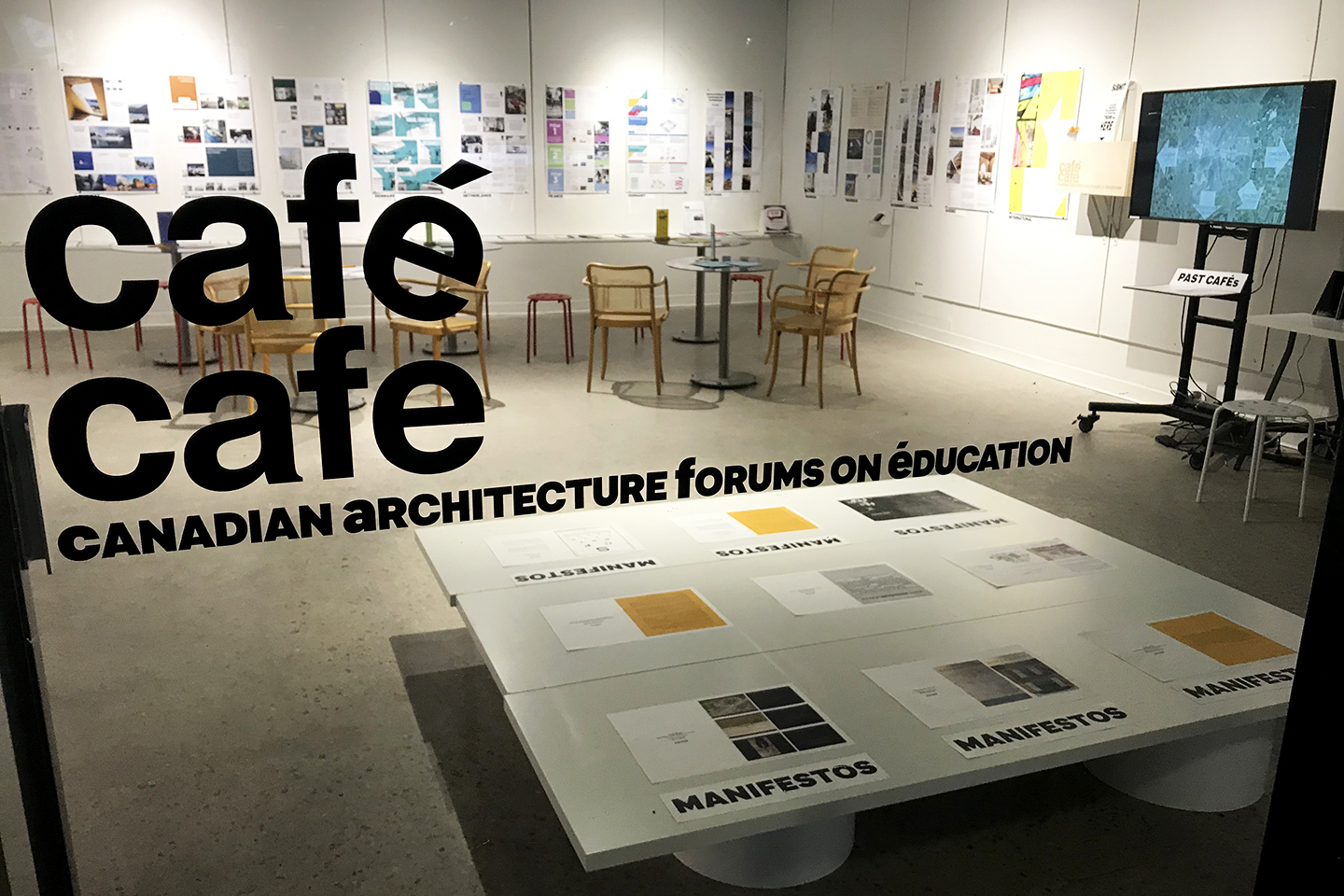 A new report on the Canadian Architecture Forums on Education (CAFÉ) initiative was released Sept. 18. Part of an initiative to create a national architectural policy, CAFÉ was created to allow architecture students a chance to weigh in about the future of architecture in Canada.

In addition to presentations and discussions at the CAFÉ sessions, students also contributed online survey responses and manifestos on the future of design. Between in-person events and online engagement, the CAFÉ initiative was active from fall 2019 to summer 2020.

Lisa Landrum, associate professor and associate dean of research in the U of M’s faculty of architecture, organized the sessions and compiled the report.

“The whole point of the project was to have student leaders from different schools talking to one another and for the academic communities to be comparing notes and thoughts on these big topics,” Landrum said.

“It’s helped build more bridges between the professional sector and the academic sector when it comes to the design communities.”

Benita Kliewer, a U of M architecture student who helped Landrum analyze and summarize feedback for the report, said the student reaction to CAFÉ events was overwhelmingly positive — including her own.

“I thought having a chance to have a national conversation about these topics was super exciting,” she said.

“So often, students — and professionals, I’m sure — get mired in their immediate projects and deadlines and don’t always have the chance to look at the bigger picture. Even rarer is the opportunity to share big-picture opinions with students from architecture programs at other universities. Many of the student representatives that participated in CAFÉ events away from their home university mentioned how much they appreciated the chance to swap perspectives with students from other universities.”

“As someone summarizing the feedback from this project, it was incredibly heartening to see the consistency with which students took their social and ecological responsibilities seriously and placed these issues at the centre of the conversation,” Kliewer said.

“This sort of exchange shows that we are not working in isolation, but that we are part of a large cohort of people who care deeply, passionately about the world and those in it, and feel profoundly compelled to make it better.”

Over 30 countries worldwide have developed or are developing similar policies in an effort to guide future design strategy, especially in regard to sustainability and heritage. National policies are also intended to influence politicians involved in public policy as well as architects and designers.

Each country has unique factors to consider when it comes to creating goals for the future, and Canada is no different.

“Some of the European countries who have created architecture policies, like Denmark, Finland, Sweden — these are small countries compared to Canada,” Landrum explained.

“So, part of the challenge for Canada is how to create some unity around some general initiatives and priorities, while always allowing for regional specificity and local decision-making to happen in ways that are right for that community. And, of course, that is all the more important for Indigenous communities, who want to have the power to make their own decisions for their own regions.”

Indigenous voices played a major part in the CAFÉ Prairie session, held at the U of M. The faculty of architecture’s Indigenous Design and Planning Student Association (IDPSA) organized an event, titled “Nation-to-Nation Conversation,” to discuss how architects can better recognize and support Indigenous communities.

The event’s morning session began with a song and smudge ceremony performed by the Kind Hart Women Singers, the first smudge ceremony within the faculty of architecture.

“A national architecture policy as an aspirational document is able to be inclusive, but it’s in action that we will see true change in architecture,” Merasty and Desjarlais told the Manitoban in a joint statement.

“Coming from an Indigenous perspective, this stems from education, and until there are required topics that incorporate Indigenous cultures, then you truly [won’t] see any change in our built environment. It’s in education where the architects and designers emerge from [who] are the future in designing our spaces across Canada.”

However, architects don’t design in a vacuum. Over the summer, Landrum has been studying Canadian architectural legislation and existing national policies with Shannon Furness, a political science and public policy student, and Alex Bartmanovich, an architecture student. Their research forms the next phase of the CAFÉ project.

Though Furness did not have a background in architecture, she said the passion, creativity and depth of information in the CAFÉ data made joining the project enjoyable.

“As a student on the policy side of the multi-disciplinary relationship, the CAFÉ sessions and the findings [were] a substantial breath of fresh air […] in the process of conceptualizing a picture of the problems and situating them within a broader policy framework,” Furness said.

“The amount of knowledge disseminated in these sessions reflected both abstract and concrete perspectives, concerns and aspirations that were shared across, but also unique to, each region where the CAFÉ forums were held.”

Bartmanovich said the policy ideas and goals raised by the CAFÉ sessions were “notably consistent” with existing national policies elsewhere and current Canadian discussions and research but added that the way federal policy thinks about architecture would need to change.

“An architectural policy is not just about how much is being committed to buildings,” he said.

“It is a commitment of government in making these projects socially and environmentally sustainable long-term.

“It is leading by example in promoting the creativity and competition and innovation that spurs architectural excellence.

“It is a strategy to empower citizens and stakeholders in a bottom-up process of designing meaningful, beautiful, sustainable places and not just buildings.”

Furness and Landrum agreed, both mentioning the effect of COVID-19 restrictions on public awareness of design and architecture as a good example.

“The built environment affects all of us,” Landrum said.

“The field still has the problem of being associated with luxury […] but actually, so many aspects of daily life and well-being rely on good design.”

In the process of working on the CAFÉ report over the summer, faculty of architecture students Andria Langi and Alixa Lacerna created two animated videos, as well as a montage of highlights from the CAFÉ Prairie session.

The animations involved describing architecture in five words, using responses from the online survey and a short explanation of the need for a national architecture policy narrated by Furness. Langi also designed the cover of the report.

Lacerna, who was one of the table captains at the CAFÉ Prairie session, was enthusiastic about the potential the CAFÉ initiative represents.

“When we finished, I realized that there is a lot more to do for an architecture policy to be properly tailored to the rich context of Canada’s multi-layered society,” she said.

“People are already working toward getting it right, and involving the general public is essential to making sure the steps taken are right. It’s inspiring, humbling and makes for a good reason to wake up in the morning.”

The report can be read here.