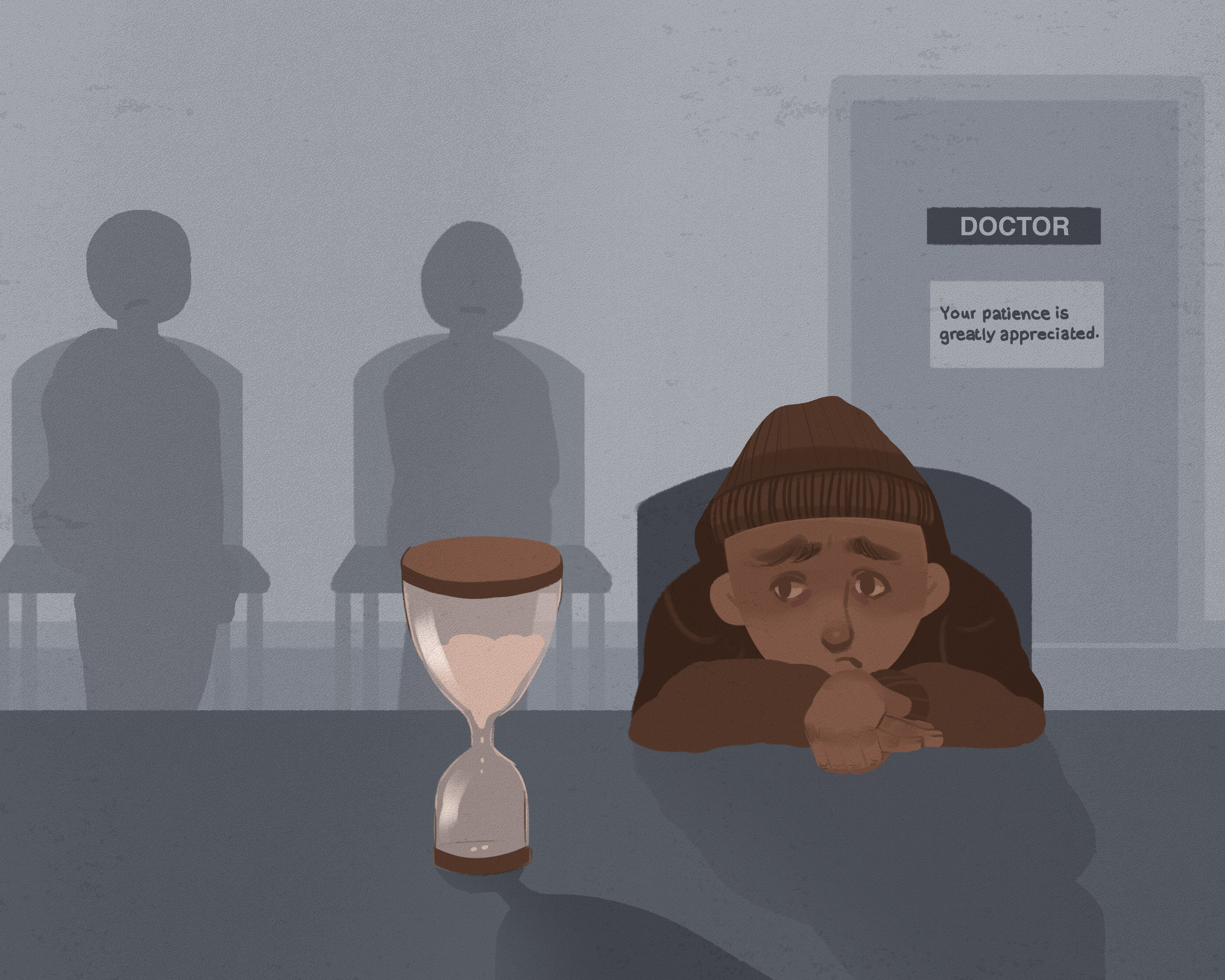 My brother, Colin, was the type of character to fill rooms with laughter. Although large and at times intimidating, his strong heart and habit of not taking life too seriously tended to warm a person’s day. Not to mention, his smile and laugh were contagious. He was a gentle giant.

But what people see on the surface isn’t necessarily indicative of what litters a person’s soul. Deep down, my brother was extremely self-conscious and much too willing to put other people in front of his own needs — a characteristic that is both noble and self-harming.

To this day, much of what haunted my brother’s thoughts remains unknown.

On a life-defining day, six years ago, Colin had a psychotic break. For the next few months, our family would rush him to the closest hospital after the latest in what would become a series of manias and depressions.

He had expressed on several occasions that he was suicidal, but by the time a doctor could see him out of the waiting room, he had usually calmed down.

He would then sit and listen to a doctor inaccurately explain they didn’t deem him to be a “high-risk” patient and, therefore, they couldn’t afford him space in a treatment facility.

Colin would usually leave the hospital experiencing a hopeless despair that no one, not even the people who were institutionally responsible for his health, would afford him the resources he needed for his care.

He would have to wait months, along with other suicidal patients, to get the proper treatment that he needed so desperately.

Unfortunately, when someone is suicidal, a split second is usually the difference between life and death. Putting a suicidal person on one of these waitlists is the bureaucratic equivalent of telling families “good luck.”

Just a few months after Colin’s initial psychotic break, I received a call — I was told to pull over the car, and I was given the news that my brother had died by suicide.

The pain of mental illness does not end with a loved one’s suicide. That night sticks with me to this day — the feeling of bloodied knuckles from punching the frozen ground, seeing my dad cry for the first time, hearing my mom’s sobs and the smell of stale beer mixed with artisanal incense from the perfumery we were forced to relocate above. It is as if it happened yesterday.

Sadly, though I wish it weren’t true, this story is not exceptional. It happens quite often. Years of my family’s role in mental health advocacy has unveiled this to me.

Everywhere you go, you could be standing next to a mother, aunt, uncle, brother, sister or father who has lost a loved one due to institutional neglect and suicide.

It would be easy to put a face to my brother’s death and blame the doctors that had overseen his illness in the emergency rooms, but I would be lying to myself. This isn’t an individual problem — it is systemic.

Doctors want to help people — it’s why they got into their profession in the first place. But they can only do so much with their resources. And it isn’t nearly enough.

When doctors are provided with a pittance to manage a health crisis as large as mental illness, they often have to choose between bad and worse decisions.

This means prioritizing patients that are arbitrarily deemed a “higher-risk” to die by suicide. But when you attempt to filter out who really means what they are saying, it becomes a dangerous life-or-death scenario. And this is not a game. These are lives.

To put this crisis into perspective, by the time the average Canadian will have reached 40 years of age, one in two will have or have suffered from a mental illness — only about 20 per cent will receive adequate health care.

Imagine this hypothetical scenario psychologist Vikram Patel presents — two people walk into the emergency room with symptoms of acute chest pain, shortness of breath, numbness and dizziness. One of these patients receives emergency cardiac surgery, but the other is sent home.

The reason one was treated and the other was not, you ask? One patient was suffering from an anxiety attack.

Now, this might not sound like a fair comparison. Still, the average person who has a mental illness lives 10 to 20 years less than those who don’t, and this doesn’t include those who die by suicide.

Mental illness is a very real health crisis that is equivalent to and just as valid as physical illnesses.

Beyond what many gather from mental health awareness weeks, the people who suffer from mental illnesses are more than a statistic. They have a face, a history, stories of resilience, trauma, tragedy and, most importantly, they have people who love them.

It’s about time to do more than talk about mental health once a year as a token to those who suffer — we need to actually start doing something about it.

Our loved ones depend on it.

“We didn’t know how to help”