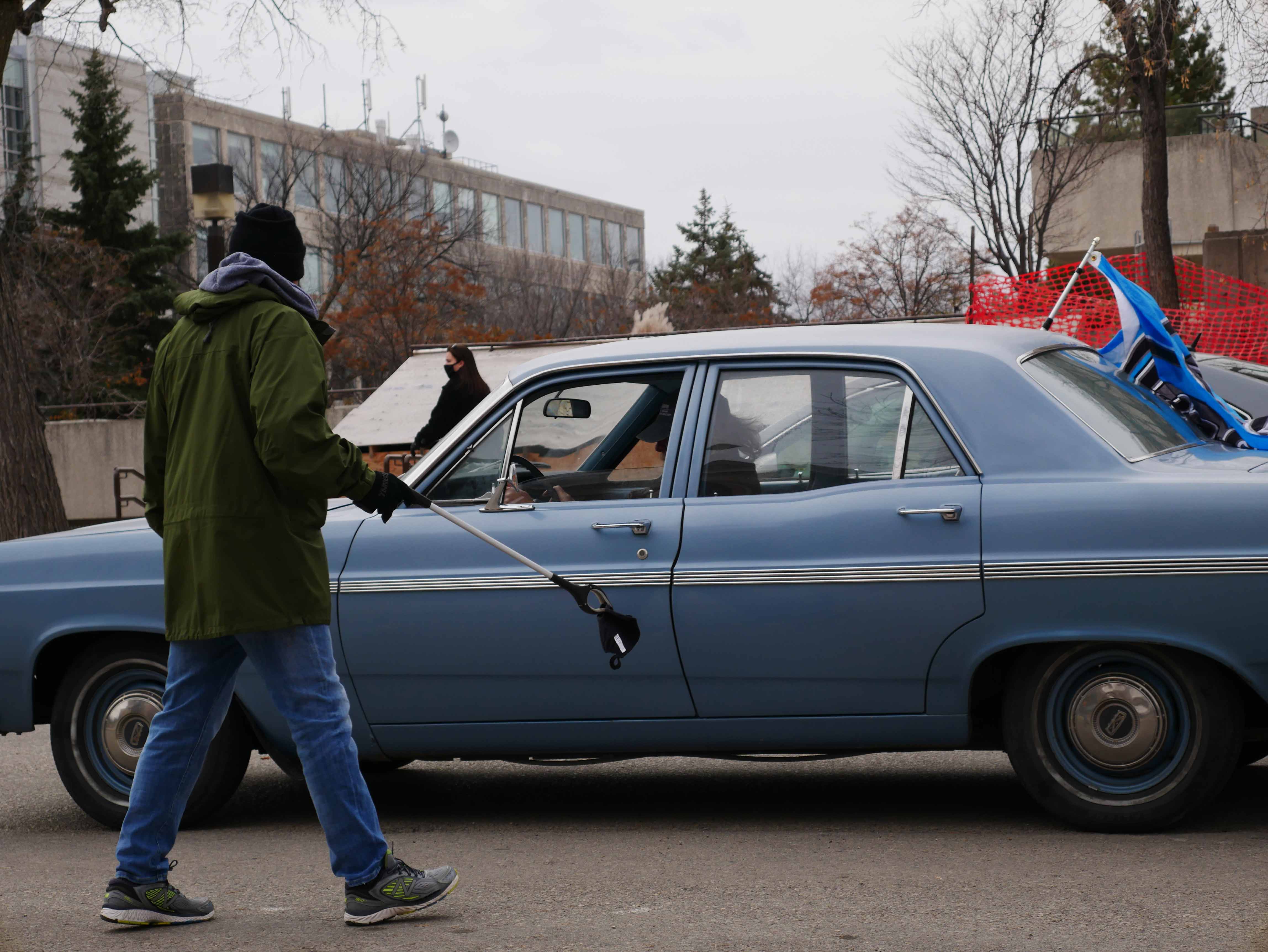 The University of Manitoba Faculty Association (UMFA) held a honk-a-thon rally Oct. 20 to protest the U of M’s refusal to participate in binding arbitration, hindering progress on a new collective agreement.

According to a statement from UMFA, “over 150 people in cars, on bikes and on foot” attended the rally that took place on the Fort Garry campus, with participants circling the administration building.

This closely follows a social media campaign by UMFA on Twitter pinpointing frustrations with working from home and a lack of support in doing so from the U of M administration.

UMFA and the university have had a generally contentious relationship in recent years, with a three-week strike taking place in November 2016 after contract negotiations broke down between the two parties.

UMFA president Michael Shaw said the association organized the rally to put pressure on the U of M administration to negotiate with UMFA through arbitration.

“We’ve been in bargaining with the university with our salary reopener [period of our collective agreement] since early August [and] [the U of M administration] haven’t moved at all,” Shaw said.

“So, we’ve requested [during] these last few meetings binding arbitration,” Shaw said. “It’s a way that lets us both get in front of a neutral party, and so far [U of M president Michael Benarroch] and this university board of governors have refused that.”

Shaw said he wants the U of M to “reconsider their stance about not getting us in front of an arbitrator so we can settle this without any disruption.”

Large numbers of UMFA members attended the rally, including Michael Minor, an instructor in the faculty of social work.

“I want the corporatization that’s been happening at the university to stop,” Minor said.

“I want the faculty to get a fair deal and I want justice for the funny business that the university and the province have been up to for the last four years where they interfered with our fair bargaining process.

“We want to make sure the impact of [the public services sustainability act] aren’t felt any further than here, and we want all the other public employees [and] unions that have been affected by this to get a fair deal, too,” he said.

The public services sustainability act (PSSA) was a piece of provincial legislation passed in 2017. Never proclaimed into law, it affected over 100,000 public sector employees — including UMFA members — by freezing their wages for two years after the expiry of their existing collective agreements. The act was declared unconstitutional in June 2020, but it had already affected UMFA members — the existing collective agreement follows the terms of the PSSA after U of M administration withdrew a more lucrative deal when the PSSA was passed. As the four years of the previous agreement comes to a close, the agreement is currently due for renegotiation.

Bruce Ford, a professor in the biological sciences department, also attended the rally. Ford expressed his support of moving into binding arbitration and said he is “looking for dialogue between the administration and the union.”

“So far […] we haven’t even been able to enter into a reasonable negotiation and talk about things in a reasonable fashion,” Ford said. “Things have been stonewalled, I’d just like to see this thing open up.”

“I’ve been through three strikes at this university and there seems to be a pattern in terms of just not engaging with [UMFA], in terms of negotiations,” Ford said. “These are unusual times, [so] you have to resort to unusual means to get the attention of the administration.”

Minor said his frustrations lie with the university’s refusal to negotiate.

“They’ve just come forward and said they’re not willing or prepared to offer anything in this round of negotiations even though this round was specifically to take into account [the PSSA].”

Minor said he hopes the rally will allow UMFA “to be heard, to be seen, to show some support and solidarity for other union members and to let the administration know that they’re not the only people that matter at the university, they don’t get to call all the shots.”