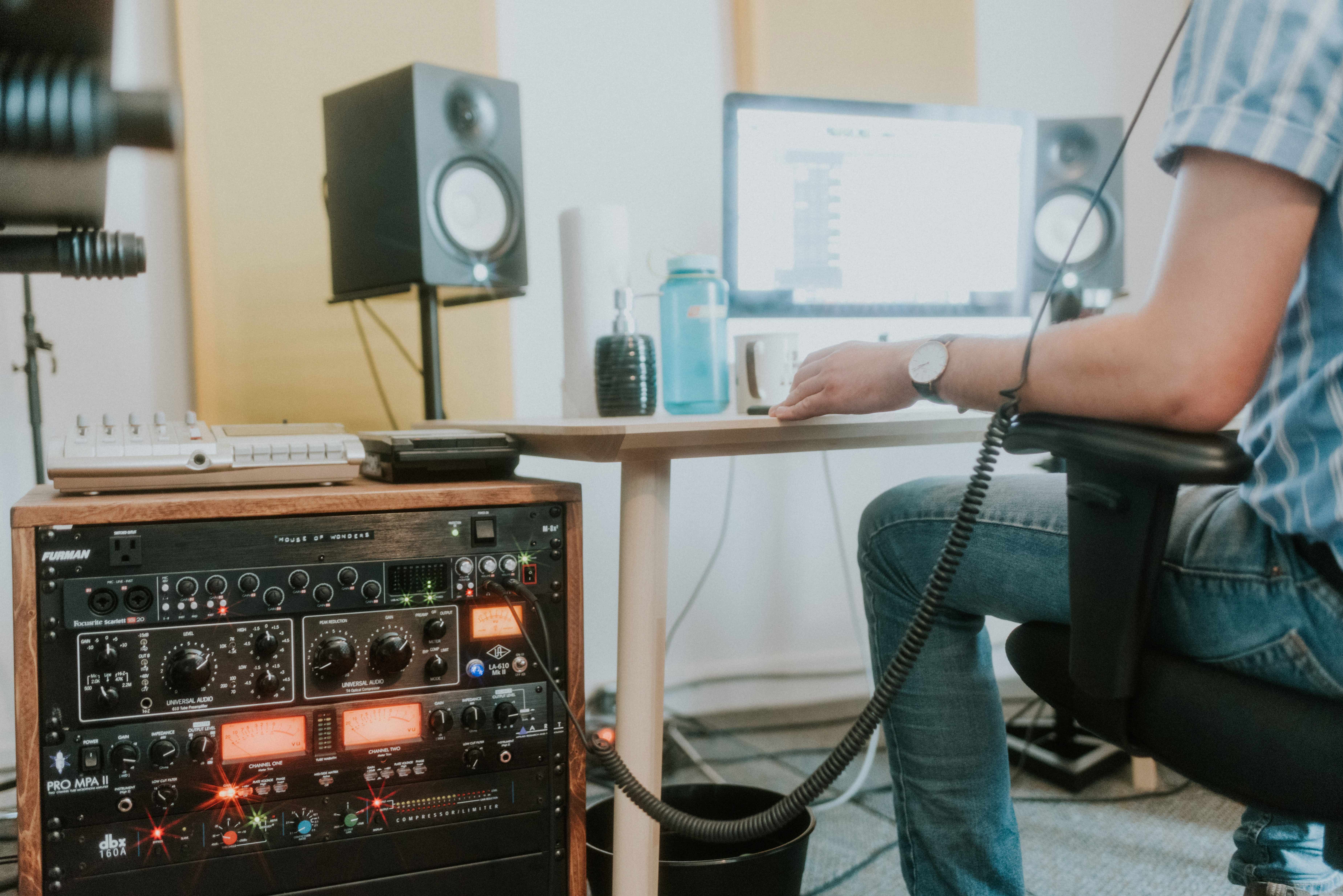 Image provided by House of Wonders & photo by Ally Gonzalo.

Filled with instruments and recording gear, the floor strewn with old rugs and ceiling lined with fairy lights, Adam Fuhr’s House of Wonders is a world away from its namesake — the Zanzibari palace, but it feels just as rich with stories — and is probably better equipped to capture them.

The Yes We Mystic frontman describes the small recording space — and its sister label House of Wonders Records — as the confluence of several dreams, both for himself and for a music industry that’s swallowing artists and spitting them out faster than ever before.

“Producing is something I’ve been working toward for a long time — my band Yes We Mystic’s latest album, Ten Seated Figures, was where I took off the training wheels and produced fully on my own,” he said.

“The label comes from another place — I’ve been quite heavily involved in the release plans of Yes We Mystic music for many years, and I wanted to share what I’ve learned with artists I believe in.”

Fuhr credits his experience on both sides of the equation for House of Wonders’ approach — an artist-first perspective that attempts to prioritize comfort, creativity and low costs over corporate promotional tactics and major label pressures.

“Every inch of every decision is shaped by my experience as an artist,” he said.

“Everything. I basically look at how I would have wanted things to be when I was starting out and then try to find a way to make it happen now.”

“I don’t feel married to any particular way of doing things because I keep costs low and want to stay agile. Let’s just say that the experiment is ongoing,” he said.

For what it’s worth, that experiment seems to be working. A steady stream of local names — Virgo Rising, JayWood, Julien’s Daughter, Amos the Kid, Laura Lucas and Anthony OKS, among others — have brought their songs to House of Wonders’ little palace.

“It’s been awesome to work with Adam — he’s incredibly hard-working and just knows a ton about the industry,” says Amos the Kid, House of Wonders’ inaugural signee. Amos Nadlersmith’s debut EP as Amos the Kid, Mountain View, generated a modest, well-deserved buzz outside of his home province — a buzz he partially credits to Fuhr and House of Wonders Records.

“[Fuhr] also has contacts from all over the world, so he’s given my tunes a reach that I otherwise wouldn’t have been able to do,” he said, adding that he and his band have recently finished recording his upcoming sophomore EP at House of Wonders.

Anthony Sannie, who performs as Anthony OKS, describes Fuhr’s approach as personal and seriously committed to the music.

“He’s super easy to work with, and he’s patient with the music and the process,” said Sannie. “You can tell that he wants to get your song right, too.

“So, seeing that investment in an engineer is great.”

What started as a recording space for Yes We Mystic has quickly become a hub for Winnipeg artists looking for an affordable middle-ground between home recording and big-budget studios.

“We’re used to just recording our songs on our phones, so working at House of Wonders transcended our music into so much more than we ever thought it could be,” said Emily Sinclair of Virgo Rising, who, along with bandmates Jenna and Lauren Wittman, worked on their debut EP with Fuhr.

“He brought new ideas to the table and we were able to make so many stellar sounds with his equipment and expertise.”

It’s the affordable opportunity to record in a professional setting that, more than anything else, make spaces like House of Wonders feel vital. The financial reality of working musicians has always been unpredictable, but with the sudden and essentially total loss of paid performance opportunities — along with worrying industry trends decades in the making — many artists are facing a scary financial future.

“We need to find ways to make music for the least amount of upfront cost possible while still ensuring high-quality output,” said Fuhr.

“There are very, very few people for whom recording for $600 a day at a big studio makes any sense anymore. If you’re not getting five million streams, you’re not even paying back the money it took to make the thing.”

It’s no small battle, but House of Wonders seems like a step toward a more professional and equitable future for Winnipeg’s artists. And with a new Amos the Kid EP on the way — and new, as-yet-to-be-revealed signees to the label — Fuhr said he’s optimistic about what’s to come and excited to explore new avenues of sound.

“No matter the genre, the fundamentals are the same,” he said. “We are together experimenting, trying to find moments that make us shake in our seats and holler at the sky.”