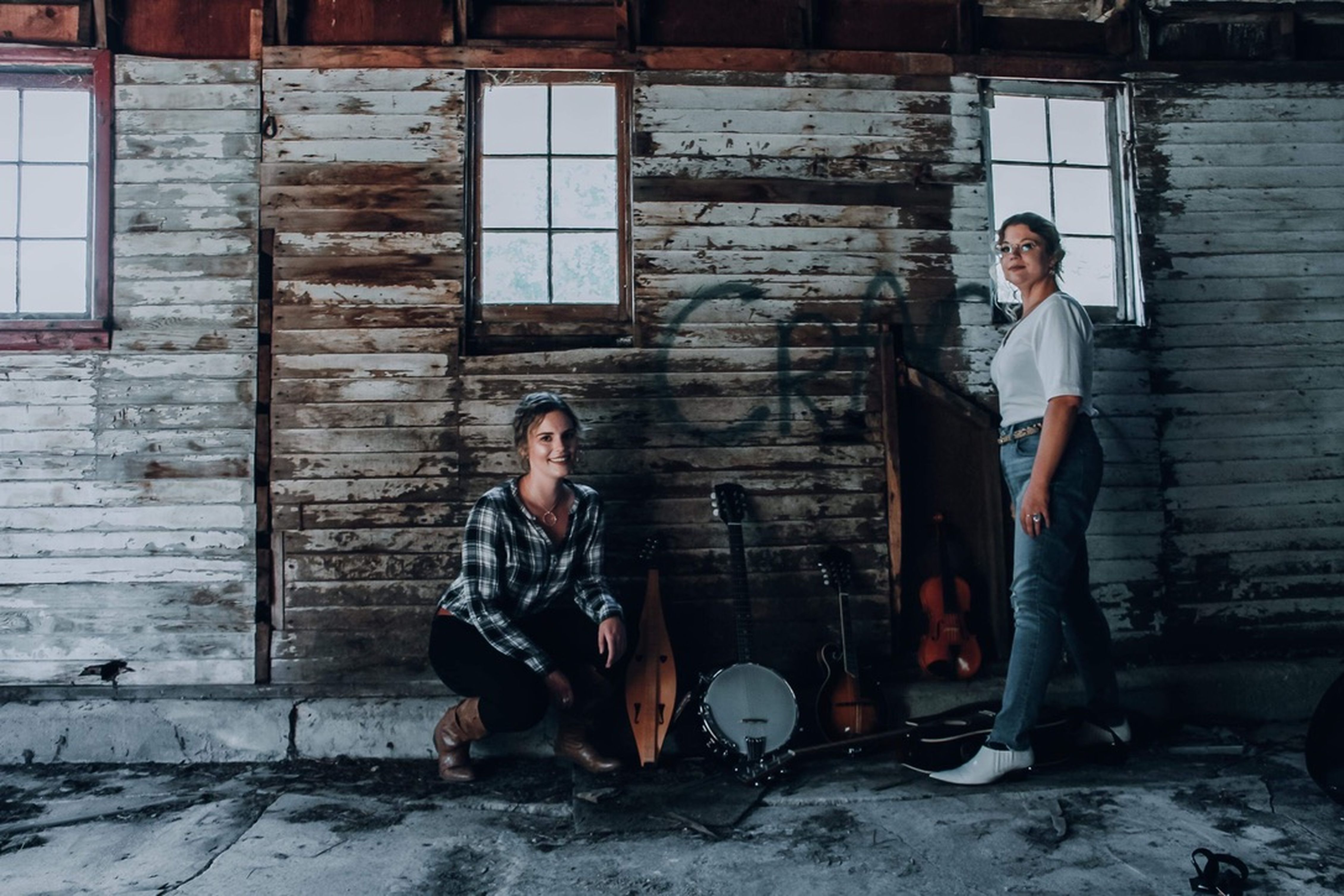 Were it not for the crystalline float of their harmonies, you’d be hard-pressed to believe opera was what first brought Allison Phipps and Geneva Halverson together. The music they make as Serenade — bright and simple, classic and warm — is lightyears removed from the classical opera that the duo studied at the University of Manitoba. But that formal training is there if you look for it, both in the richness of their voices and the ease with which they dance around each other.

“Isn’t that the weirdest thing? To say, ‘Oh, we studied classical training opera,’ but then we go into country,” Halverson said over Zoom. The duo spoke from their respective homes, but their close friendship and familiar banter were evident even through the glitches and pauses.

“It’s another genre that no one else likes, just like opera,” Phipps said.

“Yeah, why not do the second least desirable form of music?” Halverson said.

The duo began making music as Serenade in 2018 and have released a modest collection of singles and a Christmas album of classic covers on the journey toward their upcoming debut EP, Country Love Songs.

Songwriter Halverson and multi-instrumentalist Phipps describe their musical partnership as an extension of their friendship, sharing of strengths and mutual passions.

Halverson jokingly threatened to throw an orange through her screen before acquiescing.

“If something kind of, really good or really bad or just anything really emotional happens in my life, instead of dealing with it, I write it down and turn it into a song,” Halverson said. “I’ll see Allison after having this huge breakdown and be like, ‘Hey, I wrote a song about my feelings!’”

“It’s more like you write about my feelings,” Phipps said.

“Yeah, because I know your feelings better than I know my own,” Halverson said.

The two say they’ve always been singing, whether in other groups or alone, but describe Serenade as the first time they felt everything click.

“I’d always played in numerous weird […] not bar bands, I would say [more] like garage bands and stuff. But I didn’t really find the thing I wanted to do until I sang with Allison,” Halverson said.

“I would sing country music by myself but, I don’t know, it wasn’t the same,” Phipps said.

And just as they’d begun to develop this shared musical voice, the world took a turn. Halverson describes the months of quarantine as creatively fruitful — after quickly bubbling together, the duo wrote a slew of new songs while stuck inside. Still, in terms of trying to release and market their music amid a worsening pandemic, Phipps puts it rather succinctly.

“It sucks,” she said. “This summer especially […] we had applied to all these music festivals and got into quite a few and then we couldn’t do any of them.”

Even beyond the loss of opportunity and exposure, Halverson describes the difficulties in releasing music without a live audience to engage with.

“What you write is meant to be shared,” Halverson said. “I mean, recording them is great, doing them in the studio is great, hearing people’s reaction to a music video is cool.”

“But, I mean, I’ll never forget the first time we sang ‘Chestnut Eyes’ for one of our first gigs, and I looked out and people are mouthing words back. And it was a song I wrote? It was the weirdest feeling.”

“That’s something we don’t get to experience with these new songs. They’re just kind of out in the world, and you don’t get to really see what people feel about them,” Halverson said.

“It just kind of stays in mid-air.”

Still, the duo continues on — plans for a second Christmas record are in the works. Their debut EP as Serenade is still somewhere on the horizon. Halverson and Phipps will keep singing and recording until they can stand on a stage again and share their music — for their fans, for each other and for themselves.

U of M Symphony Orchestra opens season with American classics