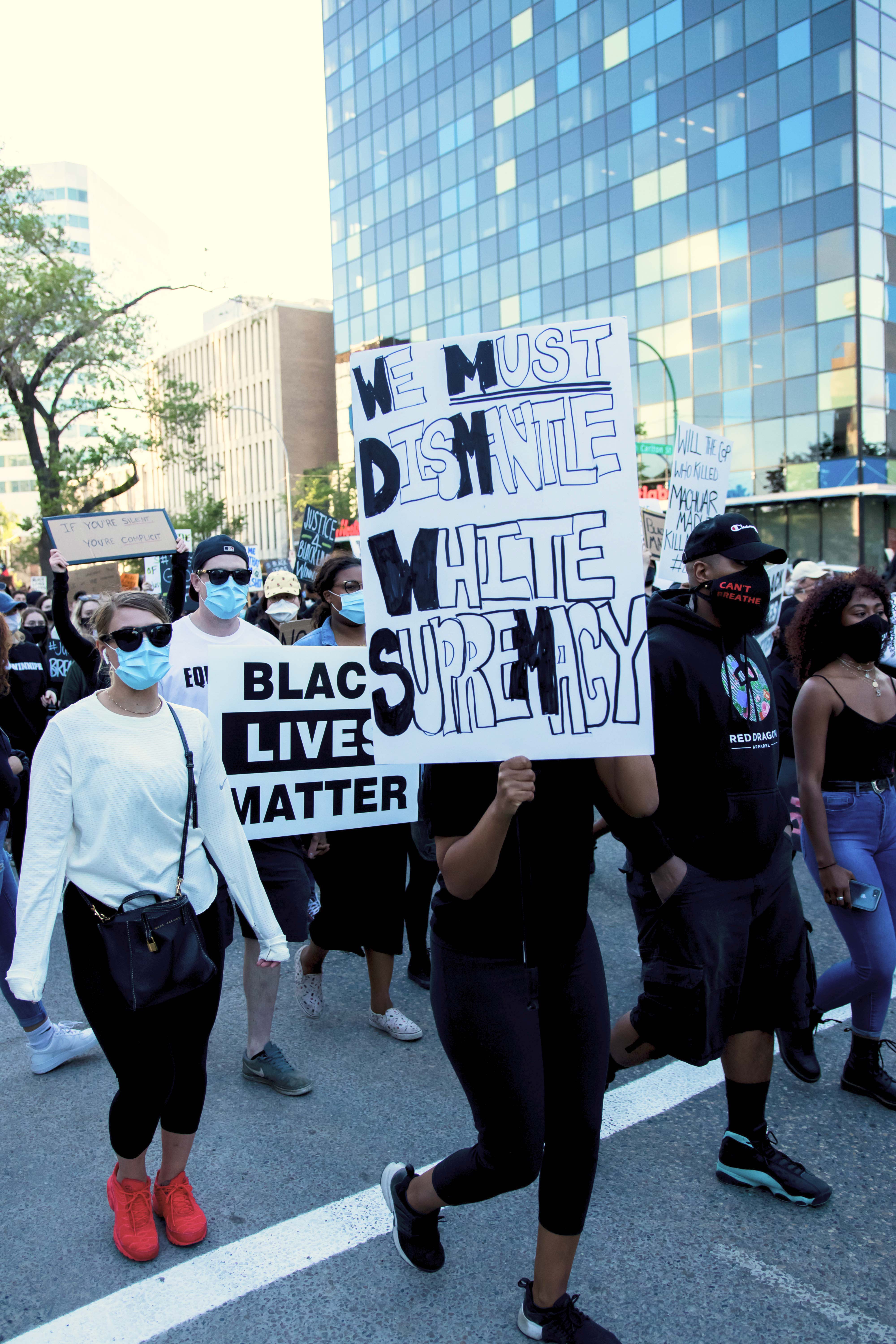 Earlier this year the Black Lives Matter movement, which includes events like the June 5 rally in Winnipeg pictured, began drawing attention to systemic racism. The scholar strike, held virutally Sept. 9 and 10, saw some classes either cancelled or replaced by in-class discussions. The strike movement began with University of Pennsylvania professor Anthea Butler who tweeted Aug. 26 “I would be down as a professor to follow the NBA and Strike for a few days to protest police violence in America.”

Underrepresentation in academia among BIPOC (Black, Indigenous and people of colour) students and faculty is nothing new, but last Wednesday and Thursday, academics across Canada and the U.S. took a stand against it.

Either by in-class discussion or striking, several U of M professors and faculty participated in Scholar Strike Canada, a two-day virtual teach-in created to protest “racist, carceral, institutional and systemic forms of violence” that affect BIPOC scholars in academia.

The campaign originated from a tweet by Anthea Butler, a professor in the department of Africana studies at the University of Pennsylvania calling for labour action similar to the recent striking of professional sports players in support of the Black Lives Matter movement.

One of the faculty members at the U of M who signed an online statement of support for the strike was labour studies professor Julie Guard, who emphasized the importance of the virtual campaign held in Canada.

“We have a tendency to think about ourselves as immune to racism because we compare ourselves to the [U.S.], but certainly, as a Canadian historian, it’s pretty clear to us that we’re not immune,” she said.

The Canadian strike, like its U.S. counterpart, calls for an end to anti-Black police violence, but has a specific emphasis on colonial violence against Indigenous people in academia.

Guard said that since the pandemic “the online presence just got a whole lot more active.”

Online activism is not new to Canada, but in the time of social distancing, “it’s a lot more necessary,” according to Guard.

“We can only use the tools we have to hand, and one of those is the internet.”

She said in order to turn single events like the strike into social movements, there needs to be both broad support from people and a “sustained life” of the movement.

The organizers of the strike corroborate this, maintaining that “statements of solidarity, while important, are not enough.”

In the effort to end violence against BIPOC in academia, the strike urges participants to commit to supporting demands to defund police and redistribute the funds to marginalized communities and to remove campus police.

Calls to action also include addressing the “historic and current underrepresentation of Black and Indigenous faculty in all Canadian institutions” and “supporting meaningful efforts to recruit, admit, retain and mentor” racialized undergraduate and graduate students.

At the U of M, that’s what assistant professor in the school of art Daniel McCafferty has been trying to do with his Indigenous design in residence program, which he hopes will show students that “personal values [and] personal politics can align with their practices.”

“It’s important to have such models, because they’re not the dominant mode of practice in the world — they are not easy to support or sustain.”

University of Winnipeg student and activist Mahlet Cuff can attest to the underrepresentation at the U of W.

Cuff said that “to be a BIPOC person within a white institution is terrifying because […] you will most likely not see people that look like you.”

“As a Black person myself that has been through academia […] sometimes I am not sure [if I want to finish my degree] because of the barriers I know I will face when facing anti-Blackness from not only my classmates but from the very people that are supposed to be educating me,” Cuff said.

Cuff was one of the leaders of Justice 4 Black Lives Winnipeg, the organization that led the rally in support of Black lives on June 5 which garnered more than 15,000 supporters at the legislature.

Guard said events like that are how change is made.

“Ordinary people have to impel our political leaders, our legislators, our community leaders and so on, to take the action that we want them to take […] That’s how politics works, right? That’s how legislation works.”

“It just enrages people,” she said.

“Sometimes, for inexplicable reasons in history, the stars just kind of align, and people are ready to take a stand on something and just say, ‘This is enough,’ and I think this looks like it’s one of those moments.”