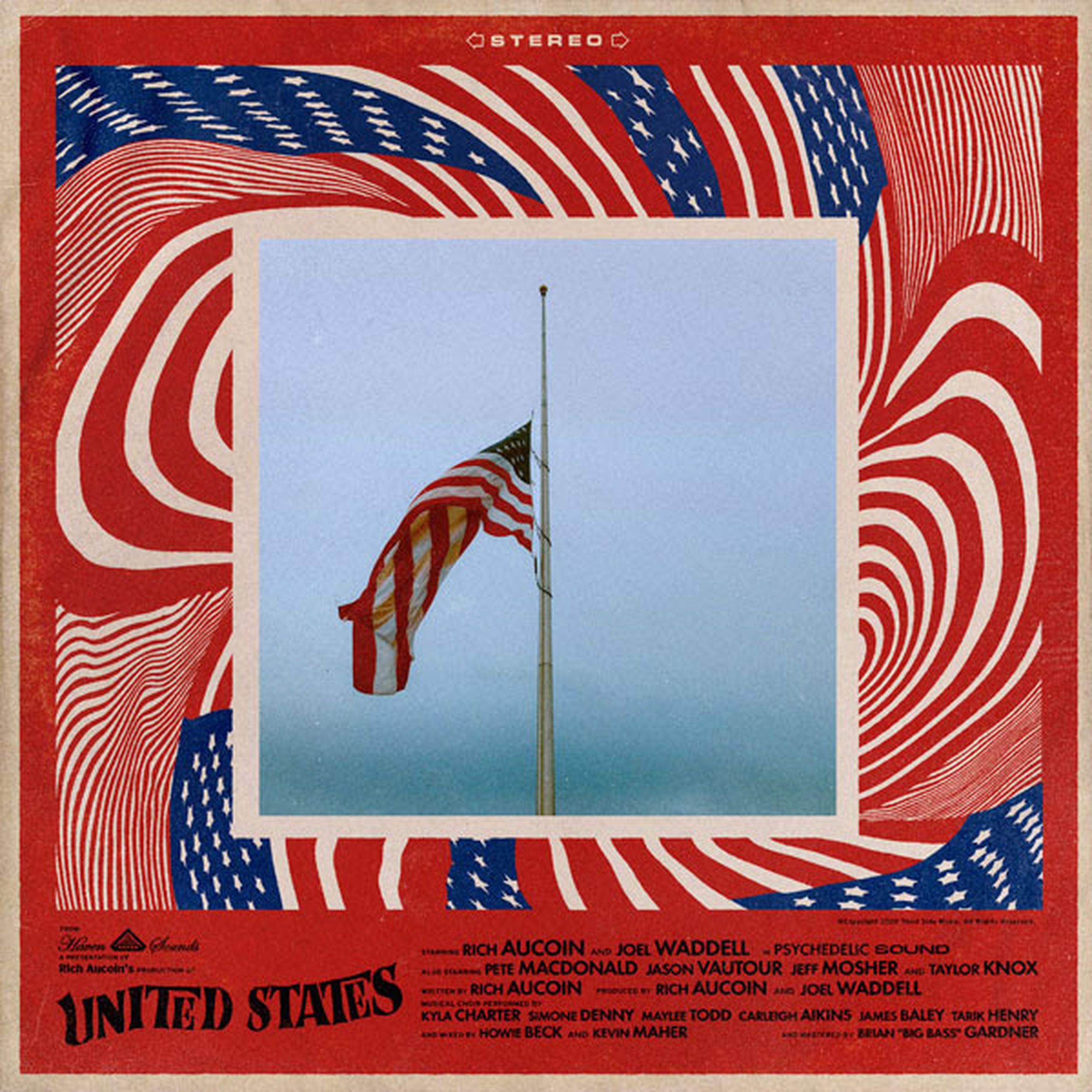 Like just about every record from Halifax, N.S., pop-maximalist Rich Aucoin’s latest multi-coloured dispatch arrives on the back of a concept.

Even so, the sparkling United States — with no Disney film-sync or 500-strong list of collaborators — is the most straightforward record he’s ever released.

United States is about, you guessed it, the United States — each song inspired by a different state, the record is another entry in the long line of pop-as-politics protest records, the snappy arrangements meant to belie the seriousness of the subject matter.

However, Aucoin is smart enough to avoid the sort of clunky, hyper-literal lyricism that can sink a political pop record — the driving “Walls” is ostensibly about the border crisis in Texas, but it could just as easily work as a relationship metaphor. By keeping the messaging fluid, the song works as both pop release and sly political protest.

Others, like the stomping “Reset,” are more obvious — its message about gun control is unmissable and noble, but it’s sunk by a too-obvious military stomp and a “woah-oh” chant that tips toward Imagine Dragons territory.

The record is best when Aucoin leans into his disco and dance bona fides, leaving the lumbering rock sounds behind.

The one-two-three punch of “This Is It,” “Civil” and “Trip” is the record’s high point, three sparkling dance songs that make the most of Aucoin’s knack for memorable hooks and clean, exploratory pop.

Traces of old-school funk and soul, electronic dance music and disco, rock both heartland and surf — the record’s cross-country recording method is mirrored in its kaleidoscopic patchwork. “How it Breaks” manages to recall Rihanna’s “Umbrella,” the Beatles’ “Come Together” and Tom Petty’s “American Girl” simultaneously, stitching three different decades of popular music into one joyous piece of bombast.

Still, United States maintains a pleasing sense of cohesion — it’s a coming together of sounds that traces, perhaps shallowly, the broad reach of American culture and experience.

United States is a valiant effort, even if its message about joining arms and rising up can sometimes feel overly rosy, a political strategy from a naiver past, but Rich Aucoin doesn’t make music to bring people down.

When things feel so dire, perhaps a sense of hope and togetherness is more meaningful than pessimism. With United States, Aucoin has tried to capture America as it is — hopefully its joyous sound is a glimpse of where it could end up.