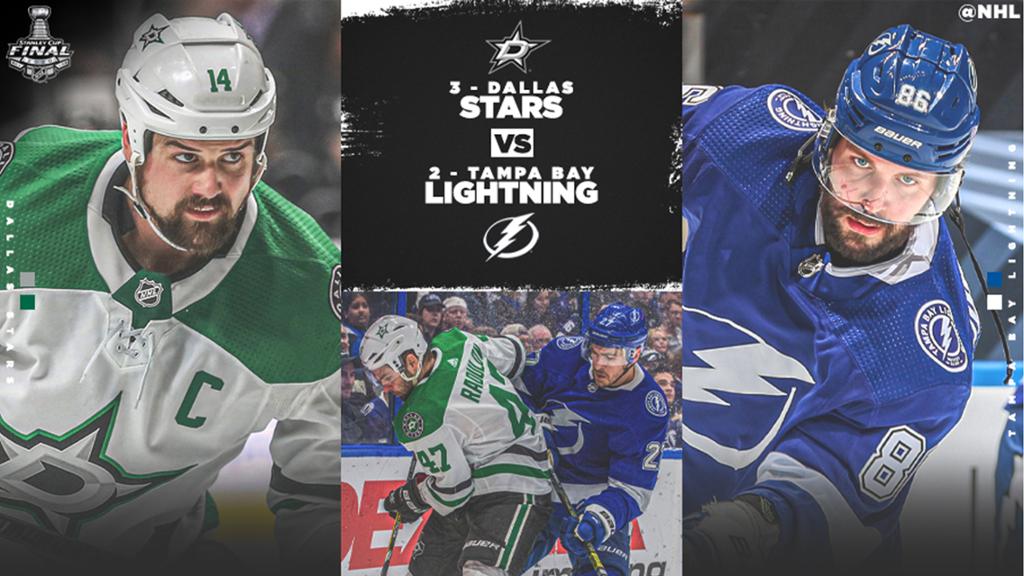 After a long and unique 2020 NHL Stanley Cup playoffs, we have finally been awarded a final.

The Dallas Stars and the Tampa Bay Lightning will be facing off in a best-of-seven series in the Edmonton, Alta. bubble.

Here, we’ll take a look at the matchup between these two teams, with analysis broken down into three categories — offence, defence and goaltending.

The battle between the top lines of each team are going to be a big part of who wins the series. The Stars’s top line Jamie Benn, Tyler Seguin and Alexander Radulov will have a tough battle against the Lightning’s Ondrej Palat, Brayden Point and Nikita Kucherov.

Kucherov, with 26 points, and Point, with 25, are the league leaders in the playoffs so far.

The Lightning have been the top goal-scoring team in the league in four of the past six seasons, including each of the past three.

Meanwhile, the Stars offence, although strong, is going to have a tough time matching the elite-scoring offensive team in the Lightning.

Now this is a tough one to call.

Currently, Heiskanen is leading all 2020 playoff defencemen in scoring with 23 points.

Heiskanen is the best offensive player on the Stars, even as a defenceman.

On the other side, the Lightning have stud defenceman Victor Hedman, not only one of the top defenders, but one of the top players in the NHL. Hedman leads all defencemen in the playoffs with 9 goals.

The defensive advantage all depends on who plays better, Heiskanen or Hedman.

The Stanley Cup final could be known as the battle of the Russian goalies.

Andrei Vasilevskiy and Anton Khudobin have both been difference makers for their teams so far in the playoffs, Vasilevskiy leading with 14 wins and Khudobin a close second with 13.

Despite the nearly even record between the two during the playoffs, Vasilevskiy has been one of the best goalies in the league in the past seasons, and in this matchup, Khudobin doesn’t appear to stand a chance.

The Stars have been a great story during these playoffs, but the elite forwards for the Lightning and the play of Vasilevskiy might just be what gives the team every hockey player’s ultimate dream.