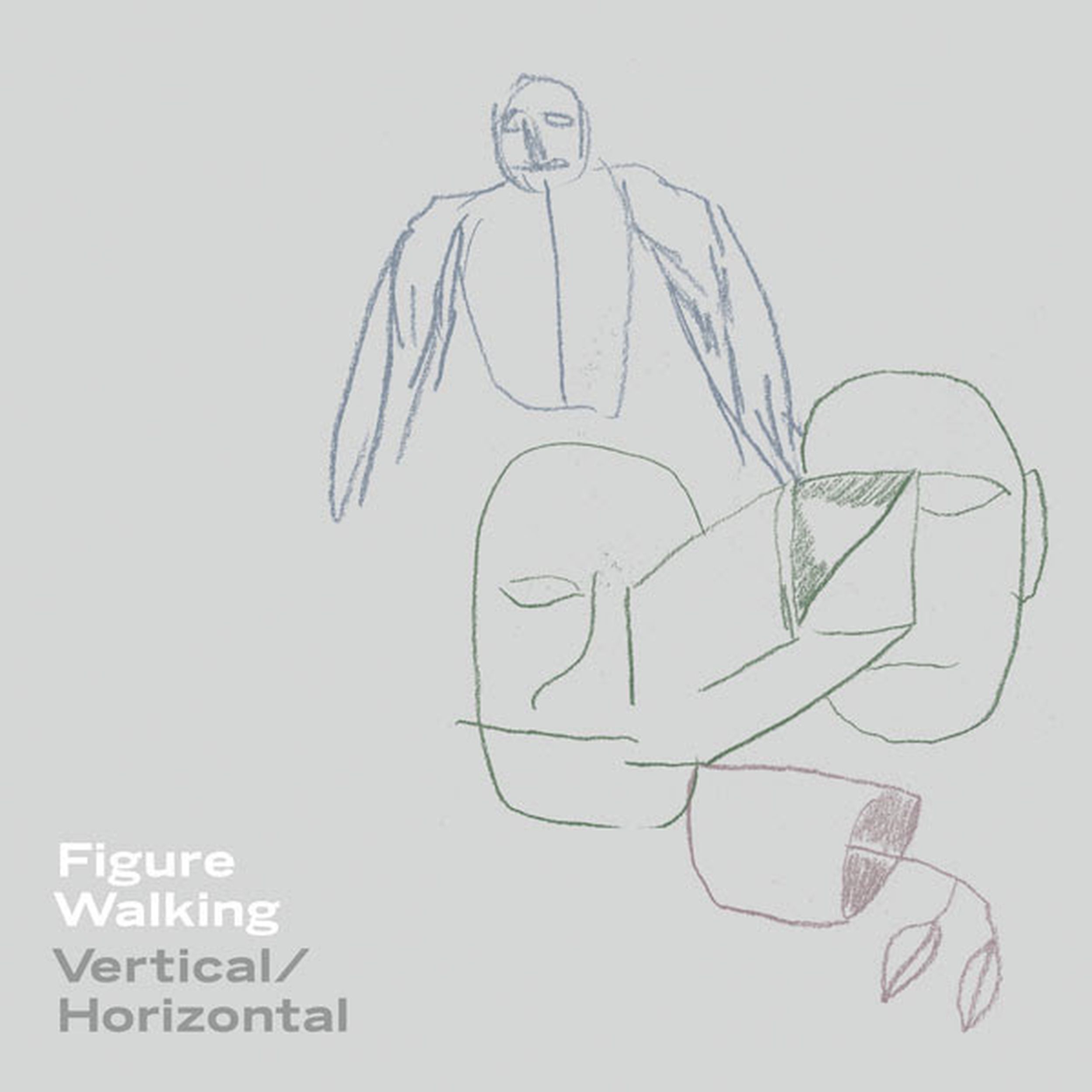 Figure Walking’s 2017 debut, The Big Other, was lean and thrilling post-punk, a seedy dash through crowded city streets and purple alleyways, all steam and flickering streetlights. Its new record, the vibrantly tilted Vertical/Horizontal, is electrifying in equal measure, though it trades the winding avenues of The Big Other for the transfixing strangeness of an empty sky.

There’s room for the wind to whistle through these arrangements, to shift and rattle against the nervous drums and spidery guitar — the entire record feels on the verge of collapse, built from white space and held together by some peculiar energetic current. This electric minimalism pushes the record away from the more familiar post-punk of The Big Other and toward something skewed and elusive — by paring the music to its bare essentials, the duo found its alien heart.

From the chintzy keyboard that dances across opener “Last Dollar (Green July)” to the rolling bass of the hypnotic “Heavy Rain,” there’s something unnerving about the world that drummer Rob Gardiner and vocalist/multi-instrumentalist Greg MacPherson conjure on Vertical/Horizontal. These songs move in stiff, disorienting jolts, embodying the strange double perspective of the record’s title.

MacPherson’s vocals are conversational and prodding — wordless hiccups and phrases repeated with such fervor that they become unfamiliar. His voice adds further shadow and light to this world of right angles.

However, it isn’t all inflexibility and sharp corners. The relative softness of the lovely “Paradise” is a welcome moment of earth-bound feeling, a beautifully brief piece of alt-rock balladry.

The warmth of “Paradise” can be found woven subtly throughout the record, a certain Springsteenian heft and knack for chest-swelling melody that the duo releases in small, illuminating gasps.

It’s there in the driving one-two punch of “Indonesia” and “In it to Win it,” a taste of the classic songwriting chops that help hold the sharper, stranger side of their sound together.

Vertical/Horizontal contains another echo of the Boss in its specific sense of place — it’s very much a Winnipeg record, with references to familiar landmarks and feelings. Gardiner and MacPherson mine the Prairies not for their homeliness and small-town warmth, but for their expansive strangeness — the outlandish quality of an endless and unbroken sky meeting endless and unbroken earth.

While it may have clear sonic forebears, Figure Walking has created something singular with Vertical/Horizontal — in clearing space within the songs, the duo has made room for new sensations.