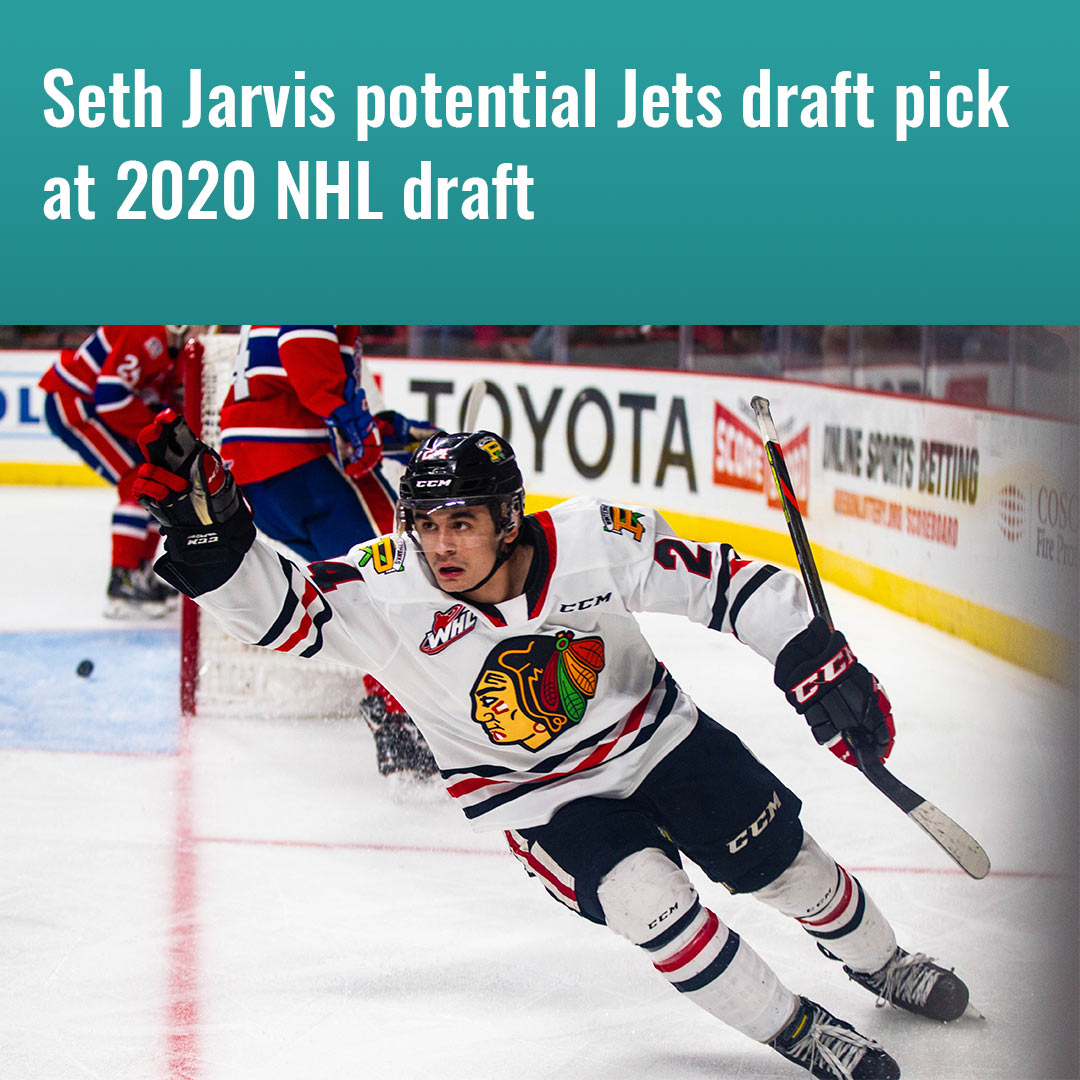 It was a tough last couple weeks for the Winnipeg Jets.

With a span of injuries, the Jets ultimately lost the best-of-five series in fourgames to the Calgary Flames in the qualifying round of the 2020 Stanley Cup playoffs.

Despite the bad news, the Jets did receive some good news during the month of August.

After the NHL lottery draft, it was announced that the Jets will receive the 10th overall pick in the entry draft.

The New York Rangers landed the big fish in the sea as they were given the first overall pick and will in all likelihood be selecting Alexis Lafrenière. Lafrenière has been a top-ranked player through the 2019-20 season, leading the league with 112 points in 52 games.

Although the NHL draft typically takes place inJune, the league decided to postpone the draft until Oct. 9 and 10, 2020 due to the COVID-19 pandemic.

The Jets have many needs when it comes to their future.

Whether it be defence or a centre, the Jets will have plenty of options when Winnipeg’s name is called and theyare on the clock.

One player that would be a great option for the Jets is Winnipeg-born Seth Jarvis.

Jarvis played for the Portland Winterhawks of the Western Hockey League, in Oregon, for the past three years.

The 18-year-old centre put up a whopping 98 points in 58 games last year which put him second in league scoring.

The year was an important milestone for Jarvis in his very early career.

“This year was massive for not only my on-ice development but off of the ice balancing school [and] hockey and interacting with teams was very busy but forced me to mature very quickly,” Jarvis said.

“On the ice, I was able to make massive jumps in my overall game and confidence on the ice.”

Jarvis’s outstanding year was no accident. He has trained hard and has treated every day like a day to better himself.

“A regular day looks like waking up around 8:30 [a.m.] and heading to the rink to work out and skate in the morning, then get home and work out again with my dad,” Jarvis said.

“The rest of my day is either golfing or just hanging around with friends for the most part and trying to see them as much as possible before we all leave again.”

Jarvis continues to train day in and day out with his hockey season in question for the year.

“My plans are to continue training and skating as normal and continue to stay in the gym to make more improvements up until the season [begins] then return to Portland to prepare for this upcoming season with the team,” Jarvis said.

With all of this in mind, Jarvis still has the NHL draft to worry about and what his future holds.

His experience with this whole process has been life-changing and has left him starstruck.

“My experience has been really cool with this weird time,” Jarvis said.

“Instead of in-person interviews, they’ve been over Zoom and I’ve met some NHL legends and guys I have looked up to through these calls which has been really fun.”

The Jets have plenty of options at the number 10 overall pick.

A player and a person like Jarvis might be the piece the team needs to be a powerhouse in future years to come.

With a bright future of Mark Scheifele,Patrik Laineand Kyle Connor, Jarvis would be a great fit for the team.

When he is ready, Jarvis could ultimately be slotted in as the second-line centre alongside Laine and Nikolaj Ehlers.

The five-foot-ten-inch Jarvis would be a great complement in the middle to right-wing sniper Laine.

Jarvis’s 56 assists in 58 games last season would be something Laine — who once scored 44 goals in a single season — could be grateful for.

Jarvis and Jets fans alike will both have a chance to be very excited when the NHL entry draft takes place in October.

“It would be really cool to be drafted by a team that I grew up watching,” Jarvis said.

“It feels like I would be living a dream of getting drafted to the hometown team and the fact that I have an opportunity to is very humbling.”

Manitoba keeps rolling with a pair of wins over Lethbridge