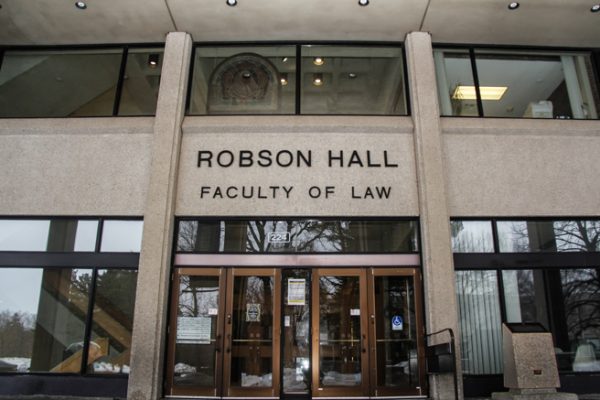 An internal investigation at the University of Manitoba has found that a senior employee mismanaged and misused university funds and directed others to do so as well.

Allegations that the employee may have been former law dean Jonathan Black-Branch came forward last Friday in a confidential letter to the Law Society of Manitoba from a group of U of M-affiliated lawyers.

The investigation results were made available in late July.

According to the report, from the fiscal year April 1, 2019 to March 31, 2020, PIDA received and acted on one disclosure. One investigation was commenced and one finding of wrongdoing resulted.

The report read “the investigation concluded that wrongdoing had occurred with respect to the purchase of goods and services, conflict of interest and mismanagement and misuse of funds.

“There were also findings that the employee directed other persons to commit wrongdoing.”

An anonymous staffer who spoke to the Winnipeg Free Press said the investigation’s aim was to solve the disappearance of over $1 million.

The report disclosed neither the name nor department of the employee engaged in misuse of funds.

In early May, Black-Branch went on leave from the university for reasons undisclosed.

Former associate law dean Bruce Curran took his place as acting dean, and on July 1, David Asper — a former law professor at the university — was appointed interim dean for the remainder of Black-Branch’s term.

The Winnipeg Free Press sources said this year there was a change in how expenses were approved.

Staff typically would submit expenses to the financial officer for approval, and then the dean would approve them after that.

After the investigation, the review found “some internal control weaknesses in the [U of M] system of controls related to the use of discretionary funds, the non-purchase order invoice process and the monitoring of spending patterns of expense claim submissions, that require corrective attention,” according to the report.

The review recommended a further analysis of the internal control issues identified. The recommendation has been accepted by the university.

“Responsible, transparent financial stewardship is both a responsibility and a core value of the University of Manitoba community,” said U of M president and vice-chancellor Michael Benarroch in the university’s comment on the report.

“Immediate corrective action is being taken with respect to internal financial controls.”

The university said the results of the investigation have been reported to the office of the auditor general.

In an email statement to the Manitoban, auditor general Tyson Shtykalo said the office is “aware of some financial irregularities at [the] University of Manitoba and are considering a potential audit,” but that he cannot provide any additional details at this time.