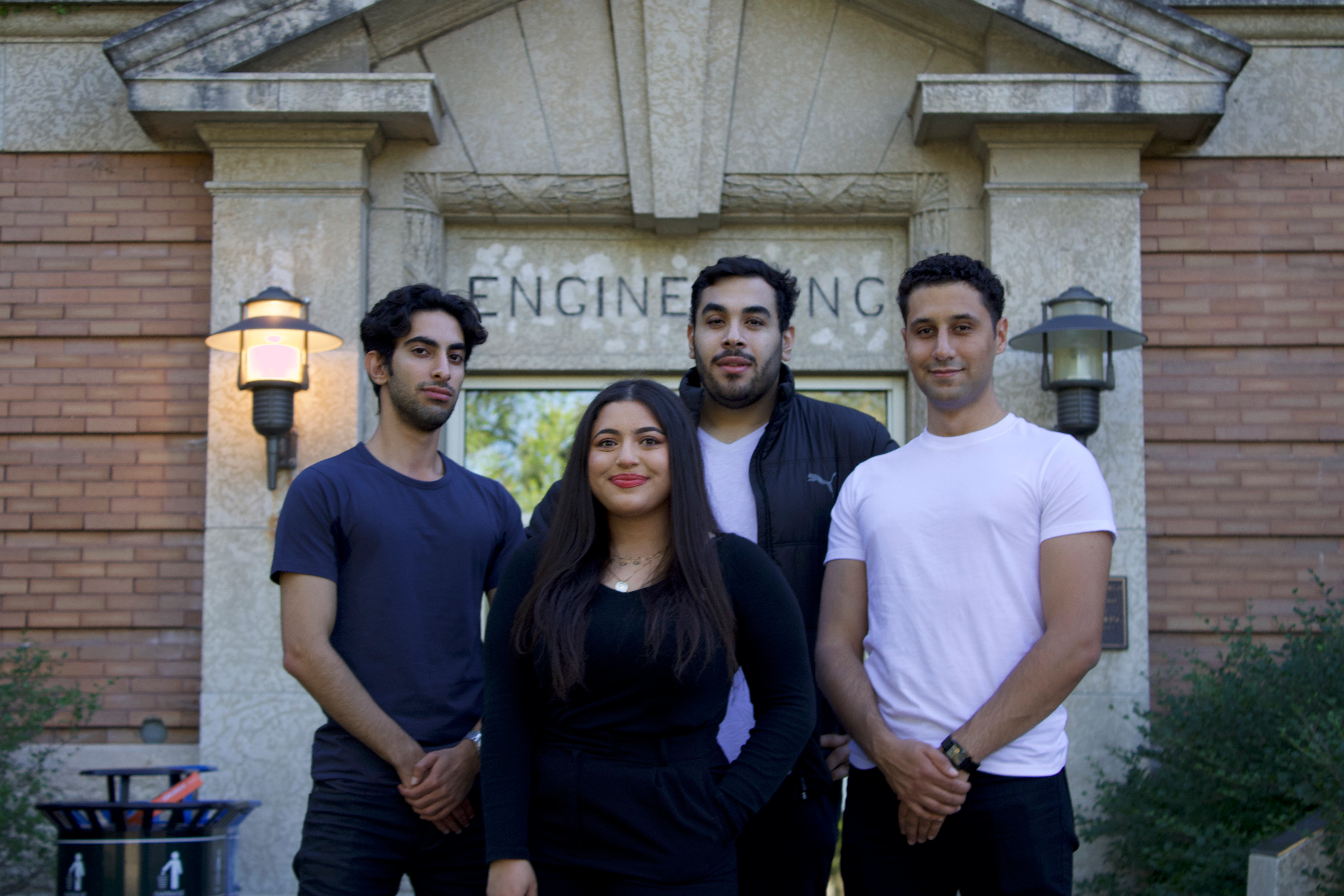 Unsatisfied with the experience of planning his class schedule through Aurora, fifth-year computer engineering student Laith Alsheikh decided to take matters into his own hands.

“We took advantage of the free time the pandemic lockdowns offered and got to work,” Alsheikh said.

The team adopted different roles according to their skill sets. Alsheikh acted as project and development lead, Elzeiny took on front-end software development and Arheam and Mahmoud tackled marketing and design, respectively.

“I have a strong passion for the arts as well as technology. For those reasons, I took on the opportunity to join the uniSkedual team as the design lead,” said Mahmoud.

Less than two months later, the team launched a web application that allows undergraduate students to plan for classes and visualize their timetable in a simple, easy-to-use interface: uniSkedual.

The motivation to build uniSkedual came from first-hand frustration when planning classes through Aurora.

“The main reason why we were motivated to build uniSkedual was because we were personally affected by the problem,” Alsheikh said.

“We all experienced frustration when it came to [registering] for our courses,” said the uniSkedual team.

With the 2020-21 academic year registration well underway, uniSkedual has succeeded in helping U of M students since its July 7 launch.

While it may seem that uniSkedual fixes a problem Aurora has already solved, Alsheikh disagrees.

“On the contrary, Aurora does not offer our functionality. Aurora lacks the visualization aspect, meaning that when going through the course catalogue and selecting courses, you will not be able to see your week at a glance until after you register. This causes a lot of issues for students, such as time conflicts and non-optimal selections.

“The university’s current recommended selection process involves manually entering course data on a sheet, which is error-prone and tedious.”

Developing an application for public use is no easy task. Team members Arheam, Elzeiny and Alsheikh had to overcome several obstacles.

On the marketing side, Arheam struggled with sending students a clear message.

“One issue from a marketing perspective was the failure to understand our value proposition, which [Fayez] later tweaked to a more effective and compelling prop,” Alsheikh said.

On the technical side, building the application required plenty of learning.

Alsheikh said he and Elzeiny “faced difficulty when integrating complex and unfamiliar libraries as well as having a short time frame to build all the required components.” The team’s software developers think the knowledge acquired through their U of M programs aided uniSkedual’s success.

Alsheikh said that Elzeiny “did find that the [computer science] curriculum was useful in terms of understanding programming fundamentals as well as best practices.”

Alsheikh credits a human-computer interaction course taken through the department of computer science as being instrumental for his contributions.

“It’s a class that definitely changed the way I think when it comes to software products, and it stressed on the importance of building user-focused products rather [than] tech-focused products, which was vital to the success of uniSkedual,” said Alsheikh.

The uniSkedual team is currently in talks with the U of M’s administration and exploring different paths for future work.