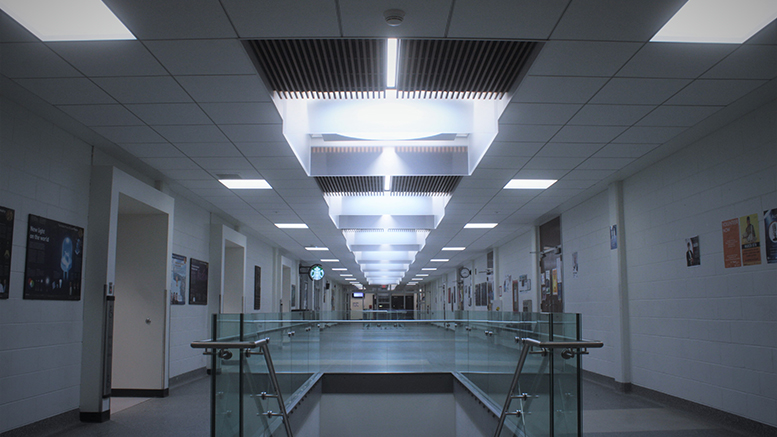 A lecture by assistant professor and Indigenous scholar Myrle Ballard — part of the U of M’s Science Public Online Talks (SPOT) series — explored how the lexicology of the Anishinaabemowin language is descriptive of ecosystems and their inhabitants. The lecture, which took place July 10, also emphasized how science can benefit from Indigenous knowledge.

Ballard’s lecture delved into Indigenous expertise, showcasing how Anishinaabemowin indicates properties of an ecosystem, such as water flow, weather and fishing patterns.

“We have our own knowledge base that has existed with us [for] a long time, since time immemorial,” Ballard said in the lecture.

“We have descriptors of the various animals,” Ballard said. “For example, ‘ajidamoo’ refers to squirrel. ‘Ajidamoo’ means the way the animal moves […] These descriptors can be used for behaviour and baseline indicators.”

Indigenous science involves knowledge of the community. When planning for community development, Ballard said it is important to include the rich oral history and tradition of Indigenous peoples.

“Within western science […] community planning involves knowledge of the land,” she said.

“If you don’t engage the knowledge holders when you do planning, you are going to miss a lot of important details regarding the land,” she added.

Ballard said she believes bringing Indigenous knowledge to science — what she calls “Indigenizing science” — will complement the relationship between culture, spirituality, environment and sustainability. She proposed that Indigenous peoples be the “first responders,” the voice for land, people, flora and fauna.

“We are the ones that know what is at risk,” Ballard said.

“We know what the species are — what’s happening with the species. The science goes a long way, it’s not just about flora and the fauna.”

Ballard thinks that in disaster management communities should be consulted.

The federal government’s Species at Risk Act — which protects endangered and dwindling species in Canada — requires advisory bodies to implement subcommittees specializing in Indigenous traditional knowledge in order to assist with wildlife reports.

As highlighted by Ballard, a call to action from the Truth and Reconciliation Commission of Canada — whose work has been transferred to the National Centre for Truth and Reconciliation at the U of M — calls upon the government to “provide the necessary funding to post-secondary institutions to educate teachers on how to integrate Indigenous knowledge and teaching methods into classrooms.” This is an end Ballard’s current research focuses on.

Ballard, an Anishinaabe from Lake St. Martin First Nation, received her PhD in natural resources management and policy from the U of M in 2012.

In her work, Ballard has been a part of numerous advisory bodies related to biodiversity and Indigenous peoples, such as the provincial ecological reserves advisory committee, the Winnipeg regional health authority and the provincial clean environment commission.