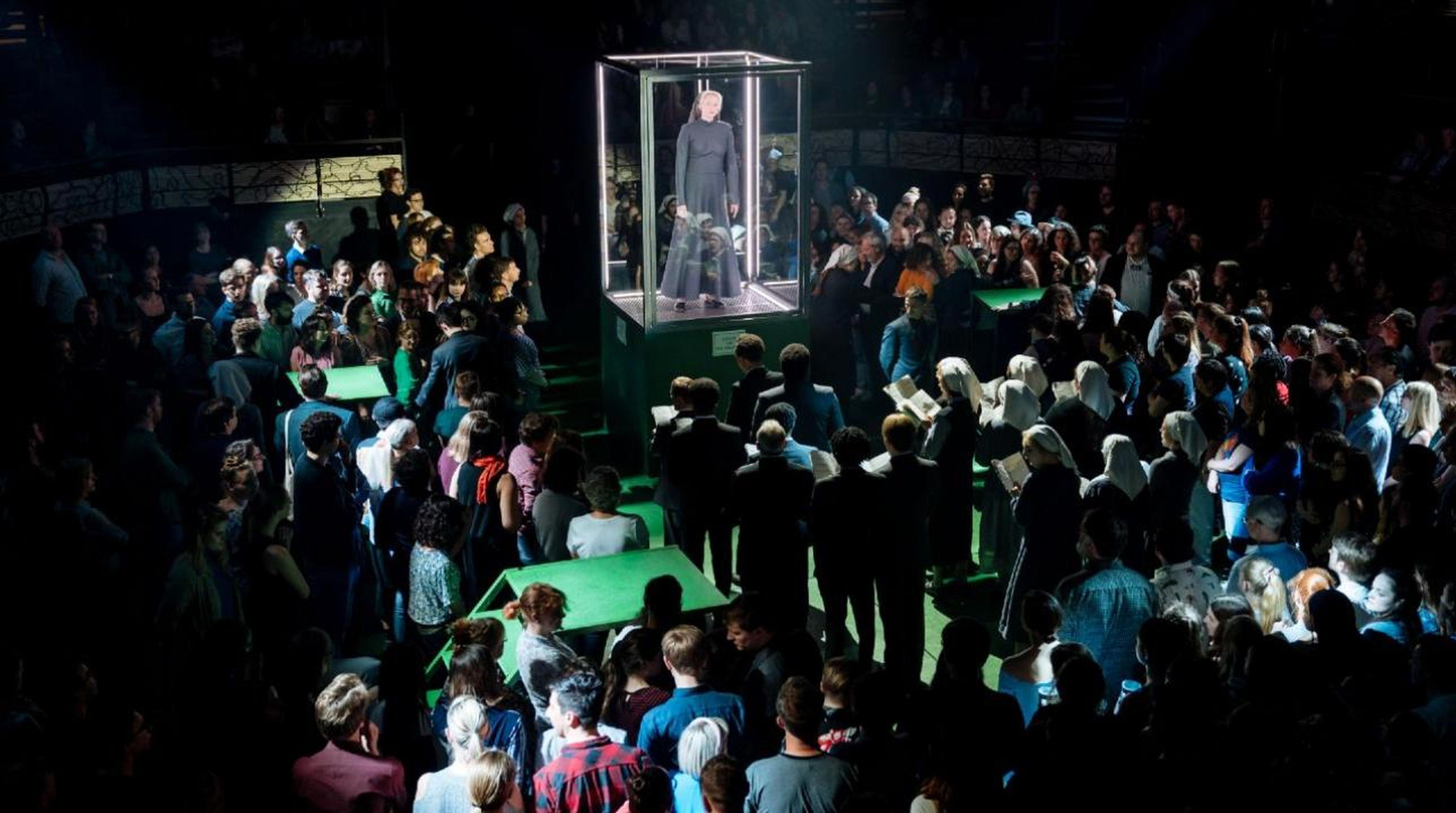 Image provided by the National Theatre

During these unprecedented times, society has turned to the arts to fill the hours spent quarantining.

Besides the overwhelming presence of streaming services specifically for television and film, many plays and musicals have also become available on online platforms, including those presented by the National Theatre in London, England.

One of their many initiatives, National Theatre Live, broadcasts live recordings of theatre productions staged in London to movie theatres across the globe.

Even with social distancing and public safety measures implemented in the wake of COVID-19, leaving both cinemas and live theatre houses shuttered indefinitely, the National Theatre continues to deliver theatre to a global audience with their new project, National Theatre at Home.

Productions are screened every Thursday at 7 p.m. GMT (2 p.m. CDT) and are available on demand for viewing for the duration of the week.

In addition, National Theatre at Home offers supplementary content for each production such as podcasts, trailers, quizzes, Q&A’s, archival videos and behind-the-scenes clips.

The theatre offers something for everybody, from Shakespearean classics Coriolanus and Twelfth Night to premieres of archived performances never before seen in theatres — such as Inua Ellams’s Barber Shop Chronicles.

Though earlier streaming offerings were comedies, recently the available titles have taken a turn for the dramatic and timely.

The theatre’s most recent presentation, Alan Bennett’s The Madness of George III, starring Mark Gatiss of Sherlock fame in the title role, dramatizes the British monarch’s struggles with deteriorating mental health and provides a compelling critique of the stigma surrounding mental illnesses.

The theatre’s June lineup continues to tackle issues of social justice with the production of Small Island, a stage adaptation of British author Andrea Levy’s 2004 novel about colonization, racism and ignorance in the years following the Second World War.

Following this is an unconventional retelling of William Shakespeare’s A Midsummer Night’s Dream.

Though a comedy at its heart, director Nicholas Hytner opts for a cast role reversal that provides commentary on gender inequalities.

It should also be noted that in response to COVID-19, the National Theatre has made their entire collection of performances digitally available to post-secondary institutions through Drama Online — Bloomsbury’s online library service. Though access to the collection is only free for U.K.-based educational organizations, they have extended their free trial period for international institutions until the end of June.

Digitally, then, the show is going on.

For more information about National Theatre at Home, go to nationaltheatre.org.uk.

Wilderness of Manitoba: Stopping in Between Colours