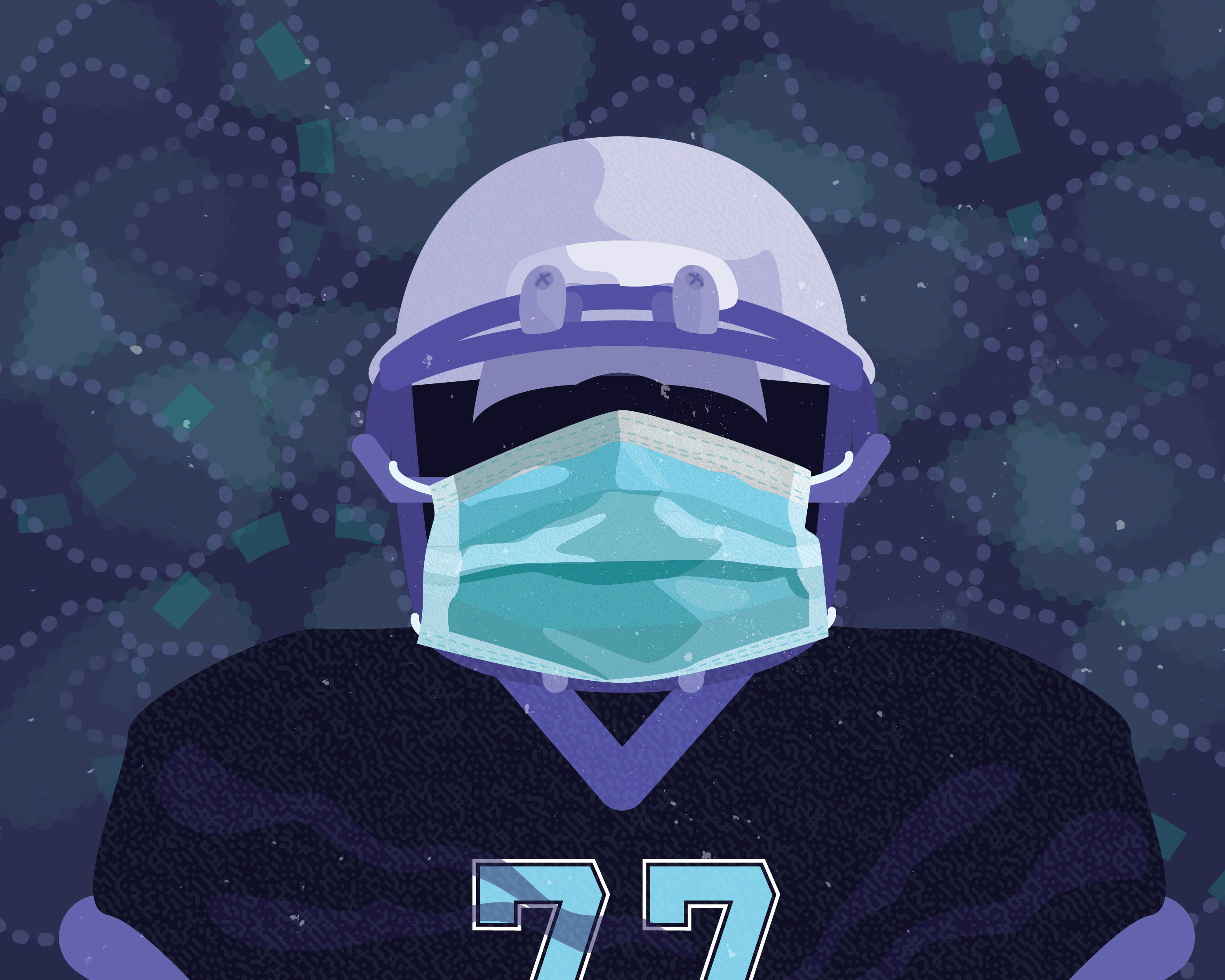 An athlete must maintain a fit and healthy lifestyle to be able to compete at a high level of sport.

Since the outbreak of COVID-19, sports have been cancelled and gyms have been shut down.

These are tough times for a student athlete, but Bison athletes Stephen Adamopoulos and Jessica Tsai have made the most of it.

Adamopoulos started his Bisons career in 2018.

Quarantine has not been hard on Adamopoulos — he continued to focus on his regular routines.

“Since quarantine began, I have been trying to remain consistent in balancing workouts, stretching and my nutrition,” he said.

“I can honestly say I have been more focused in my approach to my stretching routine, which has definitely helped a lot so far […] I have been trying to get to the field and do workouts several times per week.”

Quarantine may only happen once in a lifetime and hard times create new opportunities.

“I’ve definitely tried to get creative with the lack of access to a gym,” Adamopoulos said.

“For me, this meant trying new things like yoga, which has been a great new habit I have developed.”

Although he is forced to train individually, he is still part of the Bisons football program and team-sanctioned workouts are the key to success.

“We’re still waiting to hear what team activity is going to be allowed for the fall [term],” Adamopoulos said. “For now, we will continue to do player-led positional group workouts throughout the summer.

“Although the season is cancelled, we’re still going to do our best to improve and be prepared to kick off the season in 2021.”

Although football and soccer are two different sports, the training during quarantine looks much the same.

In Tsai’s rookie season, she earned a total of 22 points in 16 games — an impressive stat line for any player, let alone a rookie.

Quarantine has been a new and strange experience for Tsai, but she is staying healthy and fit.

“During quarantine, even though I haven’t been able to train directly with my team, we still had to continue our training individually,” Tsai said.

“In terms of staying healthy and in-shape, it’s been really helpful and motivating to have a workout plan set for the team.”

And although these past few months have been a change of pace for Tsai, she is not complaining one bit.

“I have a younger brother that plays soccer as well, so I have spent a lot of time outdoors with him the past couple of months playing soccer or making up our own games to play against each other,” Tsai said.

“This has been a good way for both of us to stay active while having some healthy competition.”

Although a break from things is sometimes positive, Tsai and the Bisons women’s soccer team are not looking to take any steps backward.

“Even though our season is cancelled, our team still has plans on training similarly to if we did still have a season,” Tsai said.

“Hopefully, soon enough, we will be able to start practicing on the field again, which I’m really looking forward to.”

In fact, Tsai sees this as an opportunity for team building.

“Instead of this next year being a break, as a team we still want to keep developing and growing so we can be as strong as possible for the following year,” she said.

Both Adamopoulos and Tsai are two very determined and already successful student athletes who have some advice for future Bison athletes.

“My best advice to any athlete entering university-level sport is to believe in yourself and strive to be better every day,” Adamopoulos said.

“Student athletes have major commitments and the only way to make the best of it is to work toward being the best version of yourself in all aspects. This means taking every opportunity to learn, reflect and work toward being better than yesterday.

“I believe this mentality all links back to one important principle, and that is believing in yourself.”

Moreover, Tsai believes growth comes from the people around you.

“I think my biggest piece of advice for incoming athletes would be to not be afraid or embarrassed to ask for help, both for school and sports,” Tsai said.

“The transition from high school to university can be pretty challenging, but it’s important to remember that everyone is going through the same thing and there are so many people willing and ready to help you out.

“For me, personally, my teammates were my best support system throughout my first year and I know I can always count on them to help me out.”

Bisons fall in OT to Victoria

Five graduating players will make last run towards a championship