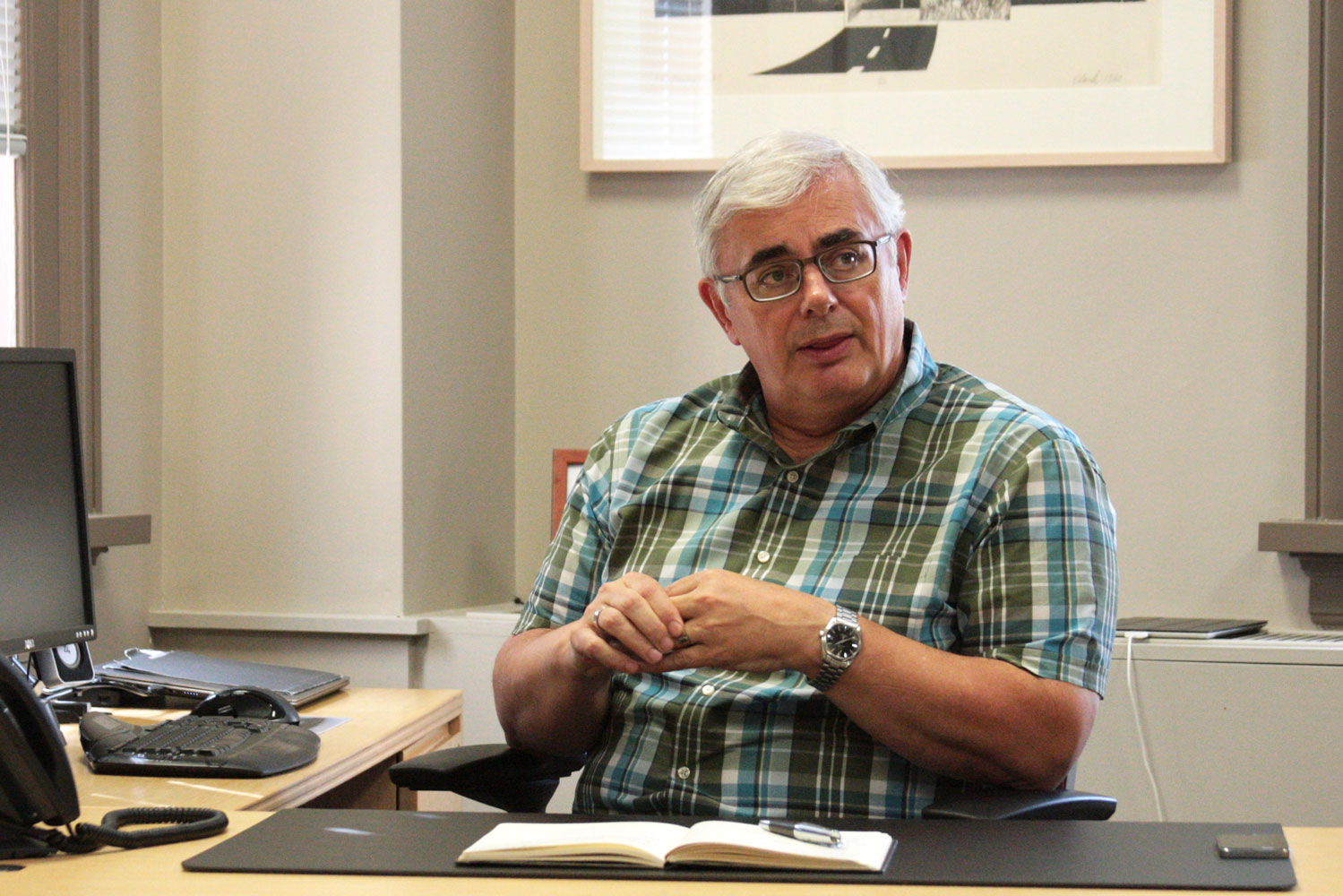 The “Visionary Conversations” speaker series, established and moderated by U of M president and vice-chancellor David T. Barnard, is nearing its 10th year as Barnard’s time at the university approaches its end.

Barnard’s goal in beginning the series was to engage both community members and research experts in relating to issues that the community cares about, inviting audience members to not just listen to a discussion between those on stage, but to be part of it by asking questions.

“I wanted people to be kind of more engaged in conversation about the entailments of university research and wanted a wider perspective in the community about that research,” he said.

“There are lots of very applied things that people do here, lots of things that, even if they’re not applied, they’re going to eventually have some kind of connections to the lived experience of folks.”

The first panel in the series took place in September 2011 and was titled “Apocalypse or Utopia?”

It brought together six researchers from the U of M and dealt with a variety of issues in their fields of expertise, with the intention of challenging and questioning the structures used to manage the world.

In the nine years since, the series has featured panels on racism, euthanasia, legalization of prostitution and the role of universities in modern society.

“What happened here was, there was a real effort to say ‘Let’s talk about these issues in terms that everyone in the room can understand,’ so that if there is some changing of perspective, or potentially taking of action that should occur, then people are going to understand it,” said Barnard.

“I think I came away from almost every one of them thinking ‘That one was terrific, let’s do this again.’”

The March 5 panel, asking the question “How can our community come together to combat the impacts of drug addiction?” was Barnard’s last before he departs this summer after 12 years as president.

This latest panel was an exception, though, being the series’ largest panel yet.

Bringing together nine experts ranging from university researchers to medical specialists in addictions and Indigenous health, law enforcement professionals and community activists, the panel discussed how to balance addiction treatment and law enforcement.

Regardless of the topic, Barnard said he strongly believes that university research should be accessible and comprehensible for the community, but said that where the members of the university take it next is up to them.