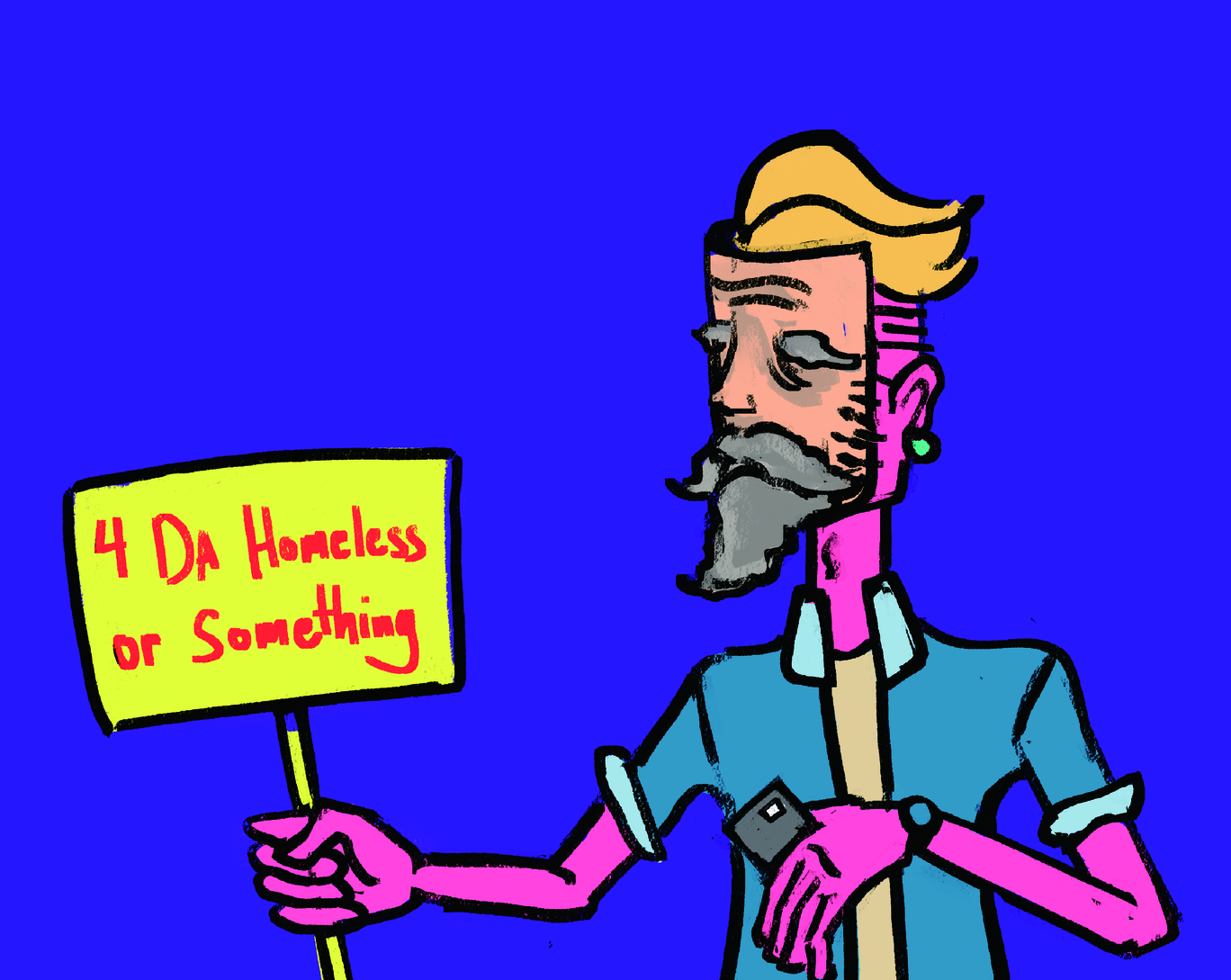 Last week, from March 8 to 12, a group of students camped outside of UMSU University Centre to raise funds for Resource Assistance for Youth (RaY) as part of a national campaign called 5 Days for the Homeless.

While putting funds into essential community services like RaY is to be applauded, there are significant issues with this style of charity work or “philanthropy.”

To put it lightly, this campaign is profoundly tone-deaf. It is highly reminiscent of other campaigns such as the CEO Sleepout — performing poverty to raise awareness of it, and funds for organizations that assist these populations.

Anyone who has spent any time in an urban setting is made aware of this almost every time they step foot outside — it’s not exactly an invisible issue.

On the level of ideology, philanthropy is a strange beast. It gives resources to organizations that support under-served populations, but at the same time, it generally presents these issues in an apolitical way. It reduces issues like poverty to essentially being ones of a quantitative lack of resources and leaves the political-economic system that produces such issues completely untouched.

Further, philanthropy tends toward a view of whoever they are trying to help as being monolithic — as being one unwashed mass that’s counting on the generosity of those fortunate enough to have the resources to do so.

Campaigns such as 5 Days for the Homeless demonstrate this well.

The young philanthropists involved in the campaign keep themselves completely separate from the day-to-day struggles of those they are claiming to be helping. Instead of just talking to any of us that have experienced homelessness, they decide to attempt to experience it themselves to maybe glean some insight into our struggles while raising money.

To this, I have to ask: Why don’t you just talk to any of us? Why do you have to have a simulated experience that not only in concept is extremely insulting to anyone with these experiences? An experience that, to add further insult to injury, makes videos for Instagram giving an almost MTV Cribs-style, tongue-in-cheek tour of your camp?

Poverty is baked into the system. A general characteristic of any given capitalist society is the guaranteed existence of the proletariat — the working class — simply as a class, not as individuals.

Either find someone willing to hire you, rely on what public assistance is available, rely on the generosity of individuals, or starve.

Poverty is a product of the violence that is at the very core of any capitalist society. The issue has never been whether there’s enough to go around for everyone — it’s a political issue.

Millions of homes sit empty while millions of people are homeless. Unsold food is destroyed rather than distributed. It is the system of wage-labour and production for profit rather than directly meeting needs that must be exposed and dismantled. This is what awareness needs to be raised about.

Want to eradicate poverty and homelessness? Engage in an explicitly political project that aims to abolish capitalism, imperialism and settler-colonialism. Anything short is nothing but a performative move to innocence that assuages guilt for playing a role in perpetuating the very systems that produce these social ills.

Profit is understood by Marxists as being the unpaid wages of the working class, allowing those with property to reap the benefits of the labour of others. The way forward is certainly not in counting on those with the resources to contribute voluntarily, especially when those same people tend to have a vested interest in perpetuating the systems that produce poverty so that they may accumulate wealth.

Most importantly, talk to the people who have experienced poverty. We are aware of the issues and how they are created, we also have ideas about how to better serve us. Direct service provision and integrating into our communities, with a genuine concern for our well-being, will be far more rewarding and better received than starting a poverty live-action roleplay group.

Until any of these things happen, let’s call campaigns like 5 Days for the Homeless and the CEO Sleepout what they are: PR and resumé-padding.

UMSU budget released, board of directors plans around COVID-19

Wiseguys closes its doors for good