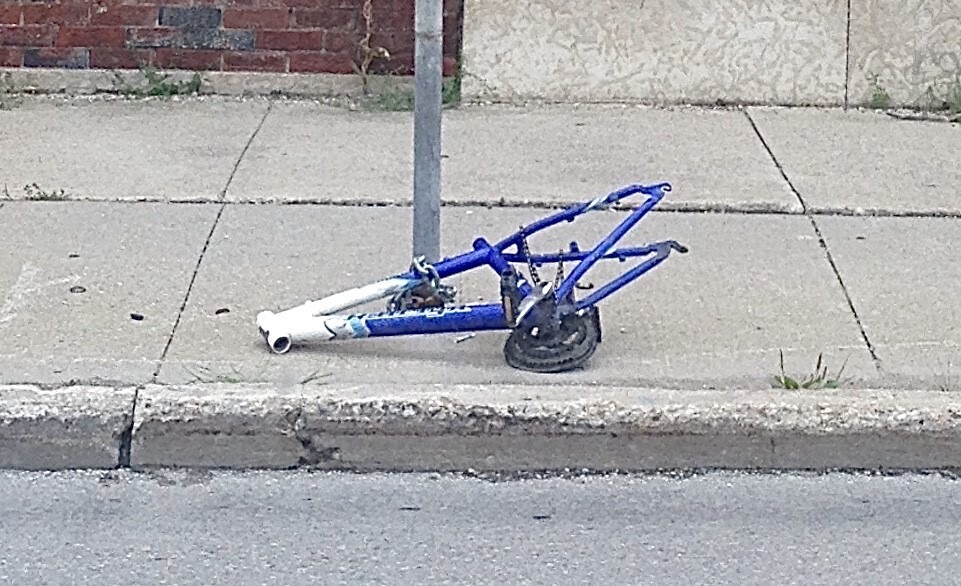 Bike theft is a huge issue in Winnipeg. It may be what’s contributing to the fact that, despite Winnipeg having the highest rate of people who live within five kilometres of their workplace, Winnipeg has lower rates of cycling to work than Canada’s eight largest metropolitan areas.

And the problem is only getting progressively worse year after year. In 2012, 717 bikes were reported stolen to the police. By 2015, that number climbed to over 1,000. In 2018 there were almost 700 thefts reported in July and August alone.

Nowadays, it seems both the police and city council have lost track of how many are stolen every year, with estimates ranging between 2,000 and 3,000.

But worry not, fellow cyclists. City council devised a plan to solve the issue. In preparation for the cycling season ahead, the city’s standing policy committee on protection, community services and parks passed a motion forcing everyone with a bike to register it.

Of course, this committee did not have the forethought to formulate exactly how it intended to enforce a law like this, but, like so many other decisions made by the city without consulting the cyclists that they negatively affect, it was passed anyway.

And yet, there’s absolutely no data to suggest that this type of legislation will actually do anything to prevent bike thefts.

Just like legislation that forces cyclists to license each bike they own, this type of legislation is effectively just a tax for the government to collect — a tax that will now be charged to the tune of $6.88 per bike in Winnipeg.

This tax is in addition to the city’s own report — along with the opinion of most of the bike retailers in Winnipeg — effectively calling the entire idea of enforcing mandatory registration ridiculous in its report released in May.

In the end, it’s obvious that the city should not be in the business of collecting fees and data, and it knows it.

Rather, city council should be preventing the type of situation that leads to thousands of bike thefts every year.

So far, ludicrous solutions in Winnipeg have ranged from authoritarianism in the form of forced registration to police spending valuable time and resources with bait bikes in an attempt to catch thieves in the act.

These are not real solutions. They’re nonsensical, ineffective solutions that are clearly not working. But even more important is that they’re just a Band-Aid on a gargantuan, gushing, gangrenous wound.

But Band-Aid solutions are what Winnipeg city council does best.

City council has fallen into the recurring cycle of reacting to a problem with the appearance of a solution while simultaneously ignoring the problem that has permeated every facet of our society.

Instead, it should treat every person with the dignity and respect they deserve and reach out and help those who are struggling.

Just take a moment to consider the countless dollars — in terms of both money and resources — Winnipeg has spent on short-sighted solutions when the city should have put all of it into combatting the root of all of the problems: the out-of-control meth and opioid epidemic. But to councillors, bikes are the real issue. Councillor Ross Eadie has even gone so far as to say bike theft is fuelling the epidemic.

Bikes are not the fuel to the crisis’s fire. City council’s inaction is.

Winnipeg desperately needs supervised injection sites for those who have a dependency on hard drugs but want to stay alive, and treatment centres and detox facilities for those trying hard to get clean.

Come spring, I’m not going to register my bikes and I suspect that many in my position — who own vintage bikes of little value — will do the same.

Instead, I’ll advocate for a city council made up of people who understand that building walls can’t keep a population safe, but that fostering a population made up of healthy, prosperous people will.