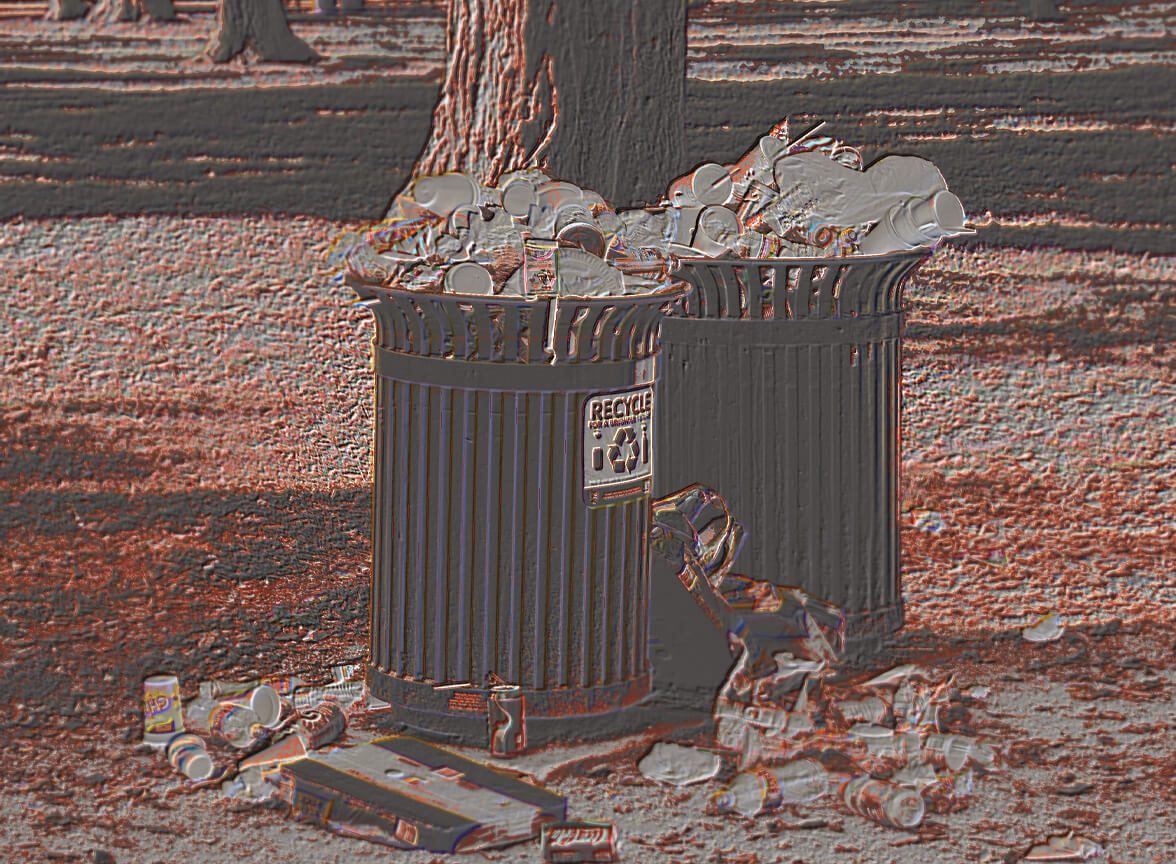 We live during a time when caring for our environment is a topic at the forefront of our social consciousness as we come to terms with the reality of issues such as climate change. One action that is often recommended when talking about reducing our impact on the environment is recycling.

We should try to recycle anything and everything we can when we dispose of waste such as plastics and paper products.

The issue is that, even though a recycling symbol can be found on many items, the facilities Winnipeg uses to sort our recycling are not able to sort and process all materials.

Thus, a large portion of items that go into the blue bin still end up in a landfill. Winnipeg sent 67.9 per cent of waste to landfills in 2017, which includes compost and recycling.

Winnipeg does not have the proper facilities to sort black or dark plastics, so these items are not recyclable here. This is problematic given the large volume of waste produced by dark plastics, such as the lids of many single-use coffee cups or black plastic takeout containers, which are very common items.

Polystyrene — or Styrofoam, a common material used for takeout food and drink containers as well as the packaging of many electronics and home appliances — is another example of a material that is capable of being recycled but is not accepted in Winnipeg.

Plastic bags are also not recyclable in Winnipeg.

Each of these materials is easily recycled or repurposed with current technology in 2020. Yet, Winnipeg continues to drag its feet behind every other major Canadian city.

Black plastics are recyclable by curbside pickup in British Columbia. Similarly, Styrofoam is recyclable in Toronto as part of their curbside recycling program and is accepted in B.C. at recycling depots.

Plastic bags are also recyclable throughout B.C. and in other Canadian cities like Montréal and Toronto.

It’s obvious why Winnipeg has not followed suit — while other cities have taken the very real threat of climate change seriously, Winnipeg is far less concerned.

Winnipeg sets targets for greenhouse gas emissions and blatantly fails to meet them. Even the percentage of waste going to the Brady Road landfill continues to go up, with a rise of nearly a percentage point between 2016 and 2017.

Instead of taking climate change seriously, city council seems to only worry about what they consider the bottom line — “How much will these programs cost?”

Other cities seem far less concerned about the cost and instead understand the importance of tackling climate change. To this end, Winnipeg is the largest municipality in the country without an organic waste program.

Winnipeg needs to understand that recycling does not need to be profitable.

The city clearly needs to improve its recycling program by adding manual sorting of items — like plastic bags and dark plastics — and upgrade the technology at its sorting facilities to allow these items to be processed properly.

It is crucial that we allow our recycling output to include these common items and alleviate the issue of these items going to a landfill.

There are many sides to this issue as we work toward creating less landfill waste. There is the issue of businesses and how they should be moving toward packaging that is more friendly to the environment by avoiding single-use plastics.

Canada’s proposed ban on single-use plastics is a start, but large companies — like coffee companies who contribute millions of cups to landfills like Winnipeg’s everyday — must also come up with company-wide solutions to adapt sustainably.

But above all, Winnipeg must do everything within its power to confront these uncomfortable realities head-on and pull its own weight, no matter the initial cost. The future of our planet depends on it.