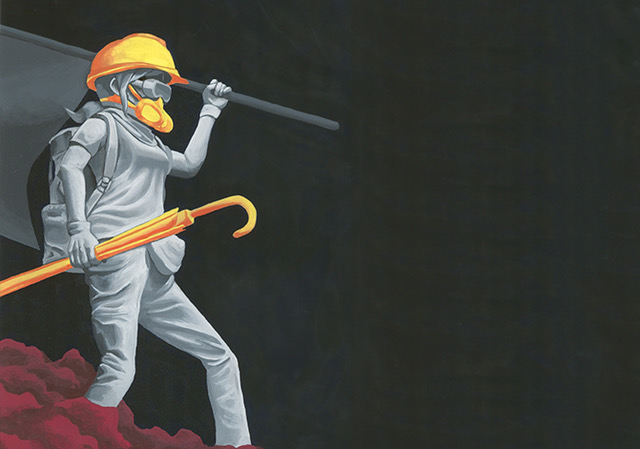 In the face of an authoritarian regime, it is essential that Canadians bolster protests for democracy.

On April 3 the Hong Kong government had the first reading of a bill — known as the Fugitive Offenders and Mutual Legal Assistance in Criminal Matters Legislation (Amendment) Bill 2019, also known as the Hong Kong extradition bill — which would allow the Chinese government to extradite criminals from Hong Kong to China.

For a century and a half, Hong Kong was under British rule. Since 1997, when the British returned it to China, it has controlled its own autonomy — with its own democratic government, justice system and culture — in contrast to that of mainland China.

Unfortunately, in accordance to the 1997 agreement, these freedoms afforded to Hong Kong citizens are set to expire 50 years from the date they were given to them — in 2047.

The new bill would give the Chinese government ways to encroach on the Hong Kong democratic constitution and freedoms in pursuit of its own political agenda.

Since the bill was introduced, Hong Kong citizens have been protesting, demonstrating to the world the innovative ways the average person can fight against a system within a surveillance state.

The catalyst for this destructive bill was a Hong Kong man, Chan Tong-kai, who was a suspect in the murder of his girlfriend after he returned home without her after their trip to Taiwan.

There was no information released regarding the crimes committed by those anonymous criminals.

“A Trojan horse” is what critics have called this bill. The desire to go forward with the bill in order to extradite 300 anonymous mainland citizens puts the freedom of the entire population of Hong Kong — 7.5 million people — at risk. This is equivalent to the population of Saskatchewan, Alberta and Manitoba combined.

The world awoke on June 9 to the outcry of the citizens of Hong Kong who refused to be silenced.

A million people, from students to the elderly, marched down the streets of Hong Kong.

June 12 marked the first day protesters were met with resistance from authorities, who fired tear gas and rubber bullets at them.

Instead of striking fear, it mobilized two million people to march together to demand the resignation of Carrie Lam, the chief executive who is Hong Kong’s governmental head.

On July 1, cheers could be heard as a group of brave young protesters stormed into the Legislative Council Complex of Hong Kong.

It is abundantly clear why so many are risking so much to counter this new bill.

The people of Hong Kong have had enough of a Chinese government that has overstepped its boundaries time and time again.

Hong Kong should be able to keep its autonomy — in perpetuity and beyond 2047 — without a constant fear of interference from the Chinese government.

The Chinese state has been a negative force for years, through its imperialism, authoritarian rule and crimes it has committed and covered up.

And yet in the face of all of this, many leaders who pride themselves on their stance on human rights have remained silent.

Justin Trudeau has uttered little more than “concern” over what is happening. But this type of cowardice by a world leader — demonstrating that Canada’s economic interest with a trading partner is more important than human rights — is nothing new.

Canadians must be unapologetic in their rejection of not only the new extradition bill, but the Chinese government’s authoritarian and surveillance state.

By allying with those protesting, citizens from both countries are united in the pursuit of a more democratic world.

Many observers of the Hong Kong protests may think civil disobedience and destruction in such a beautiful city are unnecessary, shameful and upsetting.

But for the protesters, it is their very democratic rights and freedoms that will all but dissolve if this bill is passed.

With 7.5 million people’s freedom at risk, it is only right for Canadians to show solidarity.

Broken lights and windows can be fixed, but a future without a path cannot.