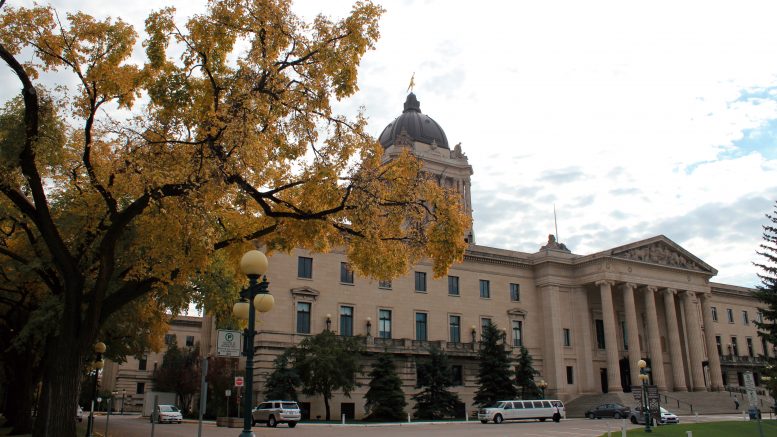 A student advocacy group on campus is sending a message to the candidates hoping to be the next premier of Manitoba: it is time to hear the voices of survivors of sexual violence.

The asks are demanding the candidates work toward giving survivors the ability to see the results of workplace investigations, reviewing and re-vamping sex ed curriculums for grades K to 12, committing to calls to action set out by the National Inquiry into Missing and Murdered Indigenous Women and Girls, mandatory sensitivity training for provincial judges and recognizing “the intersections of surviving sexual violence and accessing affordable healthcare by re-instating international students’ healthcare.”

The asks have been presented to candidates through email and outreach, along with some asks being incorporated into local forums. UMSU has also included SFCC’s asks into their own material to candidates.

Advocacy co-ordinator and former UMSU executive Allison Kilgour said the asks for this campaign were chosen with “Manitoba specific issues in mind.”

“Intersectionality is essential in anti-violence work, and the removal of international student healthcare is a major issue when we think about sexual violence, particularly in post-secondary or workplace settings,” she said.

“When the PCs repealed international student healthcare, they specifically targeted at-risk students and left them with more barriers to overcome while accessing not only healthcare, but the timely care needed by survivors of sexual assault,” he said.

“We decided to include this ask because everybody should be able to access these services, regardless of whether or not they are citizens,” she said.

She added that “many” candidates have responded to the asks, and some have reached out over social media to express support. As of Sept. 2, Kilgour said SFCC had yet to hear from the Progressive Conservative (PC) party.

Saxena said the campaign was relevant to recent issues on campus — in Sept. 2018, it was revealed that multiple open investigations under the U of M’s respectful work and learning environment policy and sexual assault policy were underway.

“Here on our own campus, we have dealt with issues stemming from FIPPA, giving more power to perpetrators than to survivors of sexual assault […] Why are these issues still not on the front burners for politicians, when they affect a significant portion of people, and play an important role in the day to day lives of many?” he said.

Regardless of who gets the premier seat, SFCC will continue to campaign on a larger scale and will do similar work for the upcoming federal election.

“We are working on more advocacy initiatives, educational resources and mobilizing folks through our outreach team, we encourage everyone to follow along.”

Pet owners responsible for the well-being of breeds