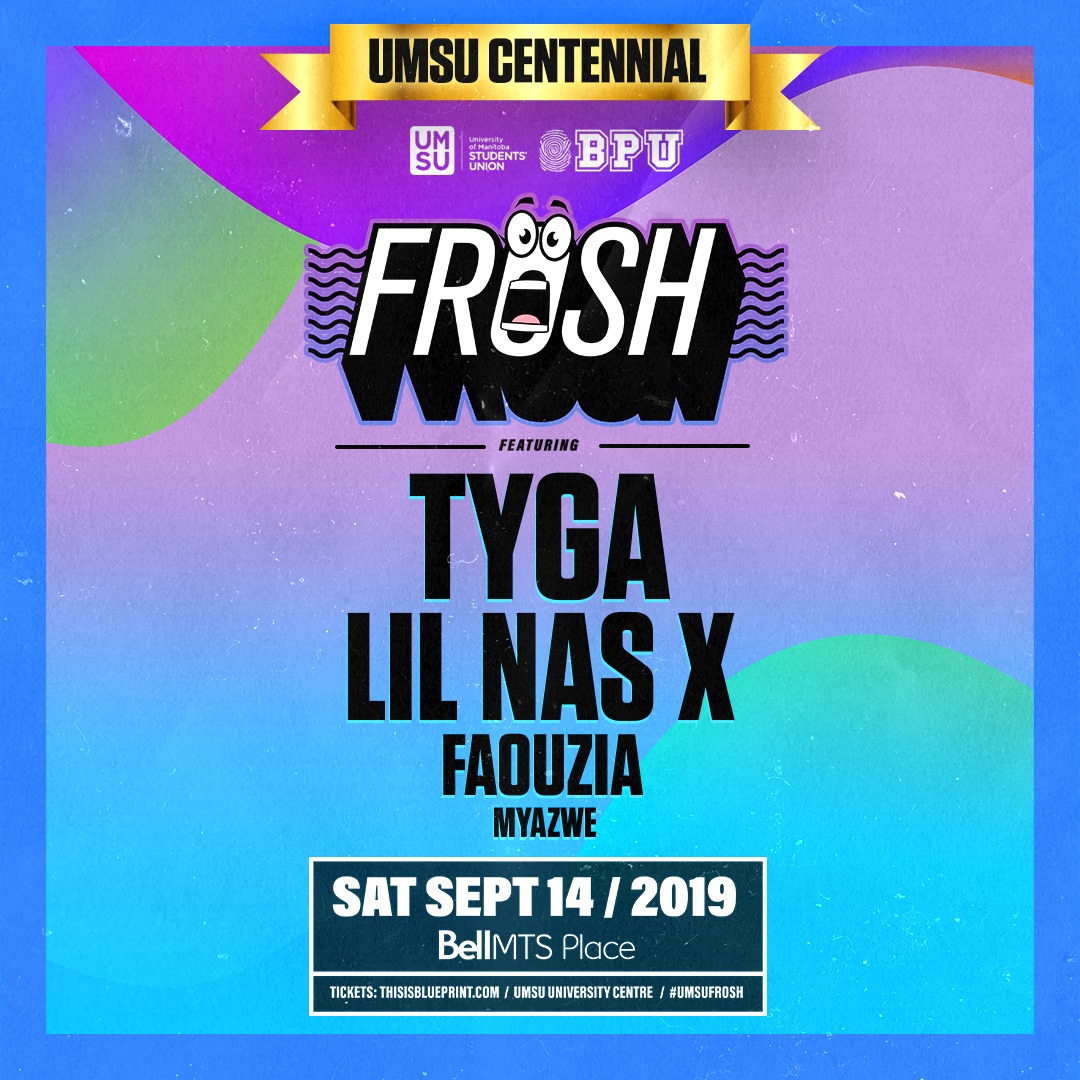 UMSU’s Centennial Frosh event — so named for 2019 being the student union’s 100th year — will be headlined by rappers Tyga and Lil Nas X.

The two headliners are likely to be massive draws for the event, especially Lil Nas X with his song “Old Town Road” (featuring Billy Ray Cyrus) which has been on the Billboard Hot 100 for 25 consecutive weeks, having only just recently fallen from its spot at the top of the list down to fourth. Frosh will also feature artists Faouzia and Myaze.

The event will take place Sept. 14 from 6 p.m. to 11 p.m. at Bell MTS Place. Tickets went on sale Aug. 19, and the cheapest tickets available are $55 floor seats. All student tickets must be presented with student ID. Non-student tickets are $75.

The lineup was announced by UMSU via social media Aug. 16. The announcement had been set for Aug. 7 but was delayed for over a week.

UMSU vice-president of community engagement Kyra Fanning explained that the delay was to ensure all contracts for the event has been signed prior to the announcement and sale of tickets.

“In honour of the centennial, this is the biggest and best lineup UMSU has ever had,” she said.

Tickets can be purchased through Ticketmaster, or through Sound Republic, Bassline Winnipeg or Exposure Events promotors. Starting Sept. 3, designated ticketing tables will be set out around campus and in UMSU University Centre. Students can also purchase tickets at the UMSU service centre.

The globalization of hip hop