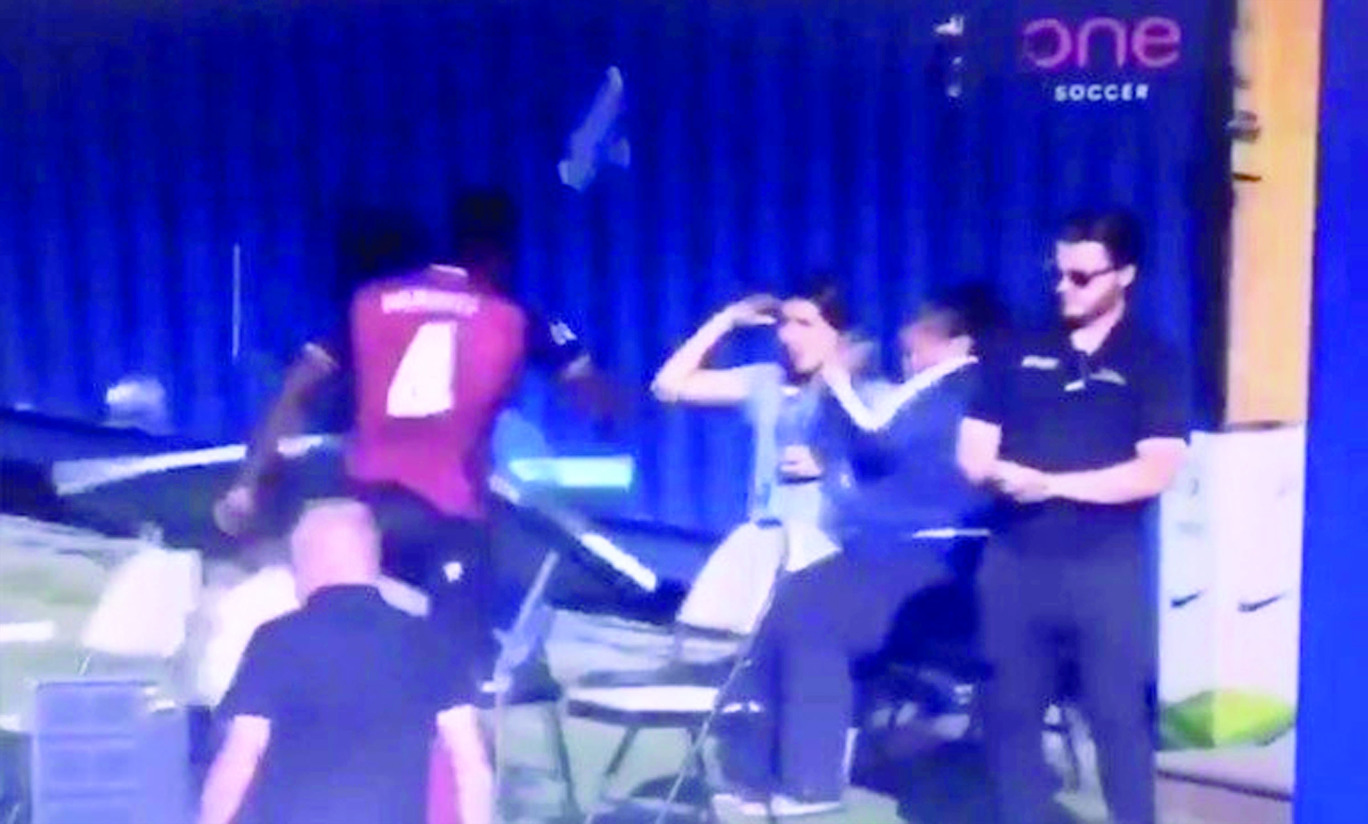 What a world we live in, where grainy footage of a man kicking a table exemplifies the frustration and misfortune of a fledgling soccer franchise.

In the 89th minute of an Aug. 8 game against the HFX Wanderers, Valour FC captain Jordan Murrell pushed referee Filip Dujic and was tossed from the match. Instead of walking off the pitch and taking out his frustrations away from prying eyes, Murrell delivered a swift kick to the scorer’s table, sending paper and equipment flying.

Following the incident, Murrell announced he would be vacating the captaincy due to his poor behaviour. The club awaits further discipline from the Canadian Soccer Association (CSA).

This incident does more than show how difficult the inaugural Canadian Premier League (CPL) season has been for Valour FC — who finished last in the spring season, and sit 0-2-3 in the fall season. It shines a light on the delicate line professional athletes must walk when it comes to their demeanour.

They are human beings, prone to emotional outburst and poor judgement, but they are also public figures and role models.

Anyone who has played sports seriously in their lives has undoubtedly gone through a rough stretch, not to mention an abysmal season. Losing sucks, especially for a prolonged period, so you cannot begrudge Murrell for snapping after yet another loss.

Emotions run high, people snap, but the one thing you can control is where outbursts happen. In front of cameras and young fans, though? Not the best look.

Professional athletes, actors, musicians, politicians and any other public figure are role models. Their behaviour is imprinted on the people who watch them, no matter their age.

Whether they like it or not, these people are cultural influencers, who normalize behaviour in the people who follow them.

Murrell’s frustration is understandable and his reaction genuine. What athlete among us has not smashed a water bottle or snapped a stick in frustration?

But as the captain and face of a young franchise, he should know eyes are always on him.

He is allowed and expected to feel things, to react passionately to what occurs on the pitch, but he still has to keep in mind the impact he has on those watching. Contacting a referee and, in essence, attacking a league official are not actions that belong in the game, and players need to know when and when not to react.

Losing the captaincy and any further punishment from the CSA then serve a more symbolic function in this case. They show how high the standards of conduct are in the CPL, with the game’s top authority in Canada taking a stance to show the impressionable masses what behaviour is and is not appropriate.

When players act out of line, it is up to leagues and other governing bodies to step in and be the arbiters of good judgement. With a new league like the CPL, this action is even more important as the league works to set its tone and identity moving forward.

Yet the biggest impact will be felt down at the grassroots level. If behaviour like Murrell’s does not draw a negative reaction, and negative consequences, that behaviour sets the bar for what is acceptable and reasonable.

Murrell needed to be punished for kicking a folding table so nobody after him does worse.

I mean, have you seen what Buffalo Bills fans do to those poor tables?

Will it be the traditional big four in the English Premier League again?