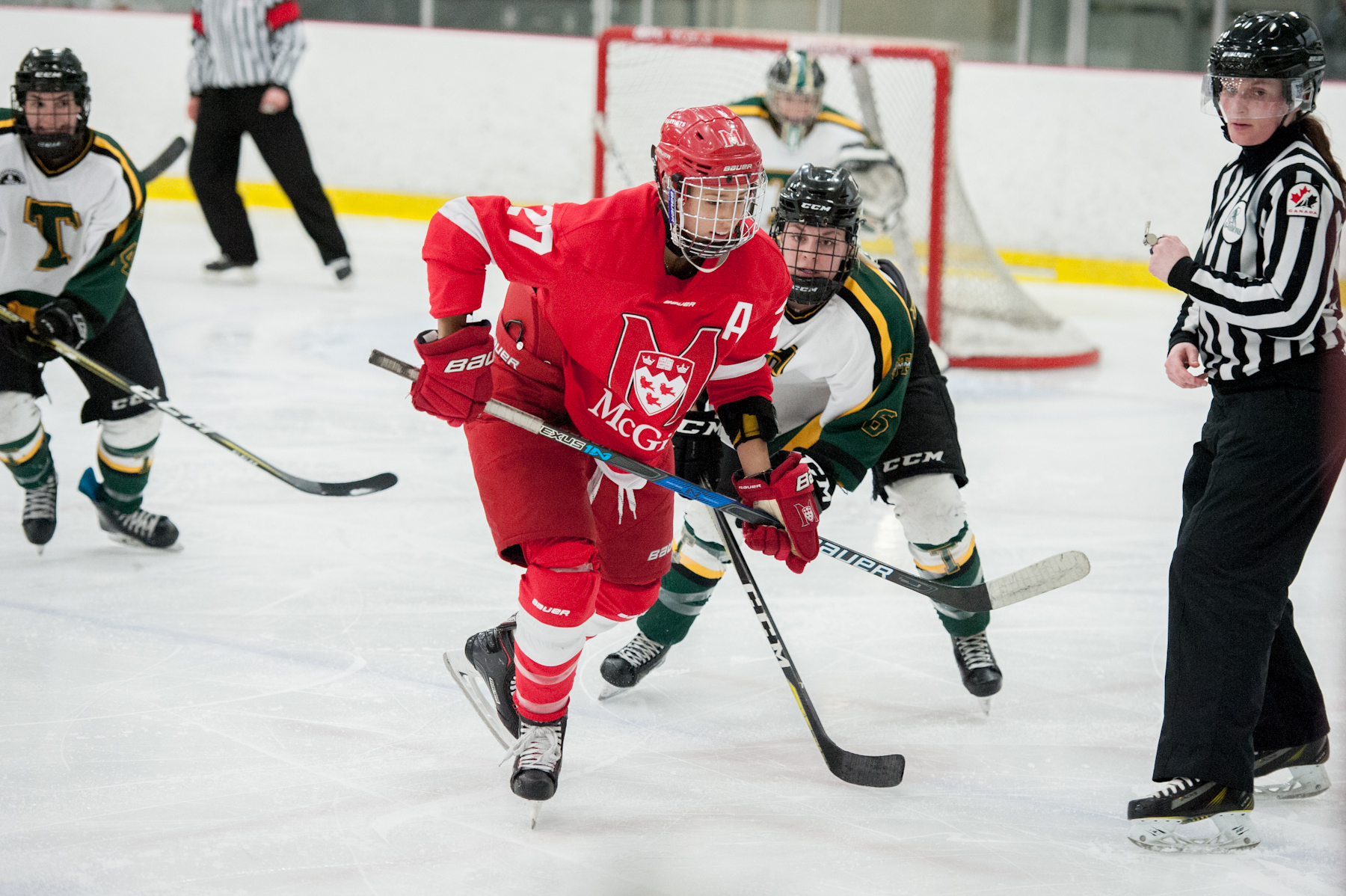 The McGill Martlets pounded the St. Thomas Tommies 10-2 to advance to the U Sports women's hockey national championship semifinals.

With the University of Guelph Gryphons and University of Montreal Carabins already set to play each other in the U Sports national women’s hockey championship semifinals, the other matchup was set Friday.

Alberta gets a scare against Toronto

Rarely do you expect the eight seed give the one seed anything but a minor inconvenience, but Friday the University of Toronto Varsity Blues proved almost too much for the University of Alberta Pandas to handle.

After a scoreless first period, Alberta broke the game open in the second. Taylor Kezama scored three minutes in to make it 1-0 Pandas and Alex Poznikoff extended the lead at the end of the frame.

As a Toronto penalty expired, Kelsey Tangjerd sent a head man pass to Kennedy Ganser, who found Poznikoff breaking into the Toronto zone. Poznikoff went backhand-forehand and snuck the puck through the wickets of Erica Fryer to make it 2-0 Alberta.

Lauren Straatman struck for the Varsity Blues early in the third and Poznikoff scored her second of the game to restore the two-goal cushion at 3-1.

Then, in the final minute, Taylor Trussler put the fear of God in Alberta.

Toronto broke down the ice with speed and Stephenie Ayres found a streaking Trussler with a pass. Trussler went to the backhand and beat Kirsten Chamberlin to get the Varsity Blues within striking distance.

Alberta, though, would not let Toronto play the spoiler and held on for the 3-2 win.

The second game of the day was not even close, as the McGill University Martlets crushed the Saint Thomas University Tommies in a decisive 10-2 win.

The game started off close, as the two sides traded a pair of goals in the first, but from there the Martlets took off. Lea Dumais and Valerie Audet potted a pair of first period goals to send McGill into the first intermission up 3-1.

Kellyane Lecours scored for McGill to open the second period and Audet added her second of the game to make it 5-1 less than 10 minutes into the frame.

Megan Pardy scored seconds later to give the Tommies some life, but it was snuffed out with three unanswered to close the frame up 8-2. Dumais scored first with her second of the game, Shana Walker got on the board less than a minute later and then Dumais completed the hat trick.

On the goal, Jade Downie-Landry was stymied on a toe-drag attempt but got a shot away as she fell. Taylor Cook made the stop, kicked the puck right onto the stick of Dumais and she shovelled it into the empty net.

Lecours added her second in the final frame and Downier-Landry had one of her own as McGill took home the 10-2 win, booking a date with the Pandas Saturday.

Bisons and ‘staches and Bears, oh my!

What happens in Vegas hopefully stays in Vegas