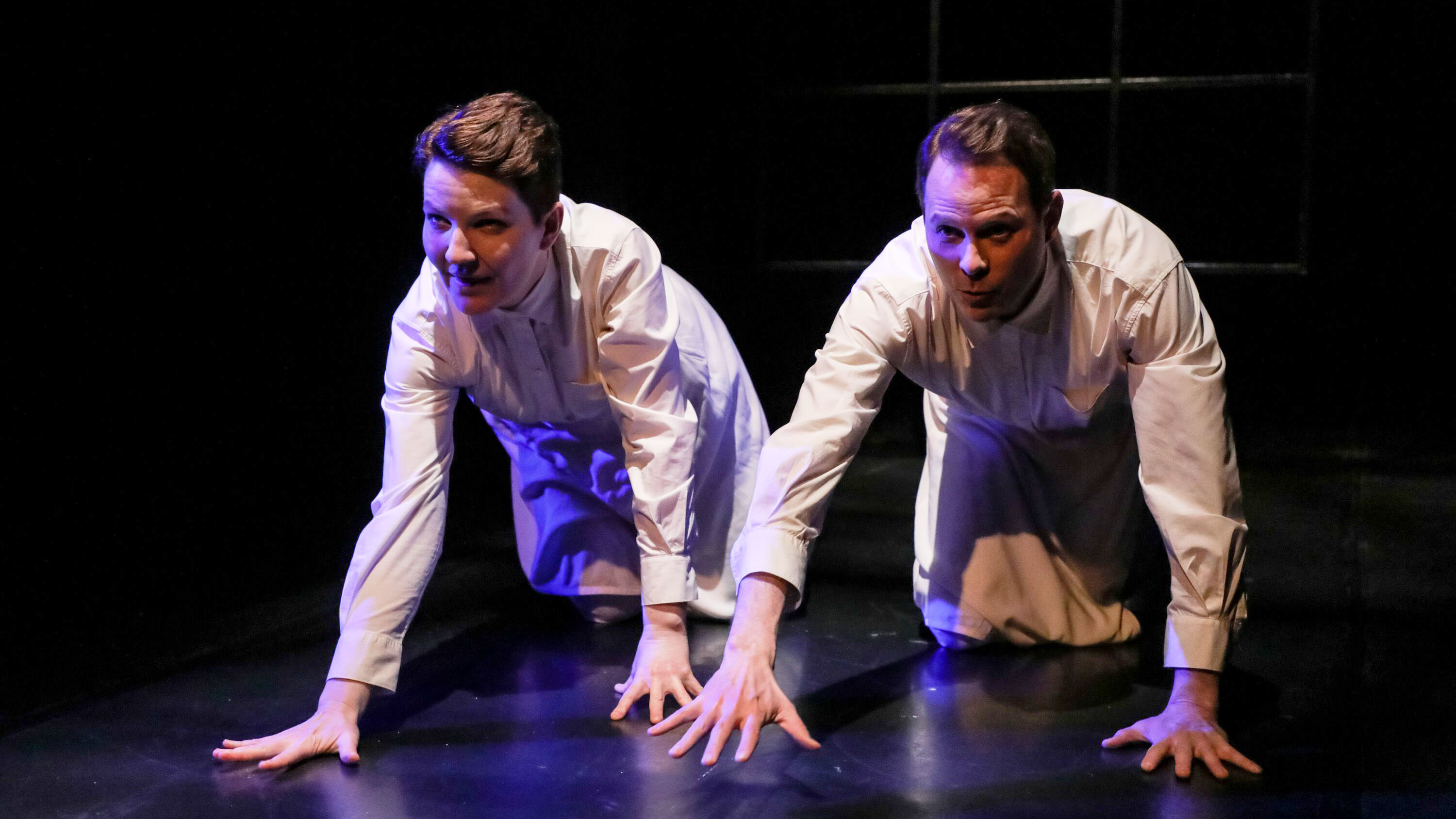 Rae is a comedian, producer, writer and playwright. Originally from Glasgow, Rae moved to Toronto in 1972 with her family. Since then, Rae has made a name for herself in Canadian comedy. She is one of the co-founders of the Winnipeg Comedy Festival, which began in 2000.

Rae, a transgender woman, described “Dragonfly” as “an attempt to embody an inside voice of a trans child and a trans woman.”

“Dragonfly” features Sarah Constible and Eric Blais in the roles of characters named “They” and “Them” respectively. They represent the internal sides of a trans woman throughout her life.

Rae said the roles are meant to be ambiguous and could be performed by anyone.

“It’s really the embodiment of an inside voice,” she said.

The two portray Rae’s inner world, from her childhood in Scotland to today.

”I knew I was transgender when I was maybe four years old, and I have had this inside my body and inside my head my whole life,” said Rae.

Coming out as a trans woman was a gradual process for Rae, who began transitioning in July 2015. She said she found some media portrayals of trans people to be restrictive.

“I am a little bit allergic to the paint-by-number narrative,” she said.

“I think the dominant society wants to tell trans stories a certain way.”

Rae wanted go beyond this generic, appearance-focused narrative with “Dragonfly.”

“I wanted to tell a trans story in a way that focused on the inside rather than the outside,” she said.

“Dragonfly” handles heavy subject matter including substance abuse, addiction, suicide and sexual violence, much of which Rae said was autobiographical.

“It’s parts of my life that are now preserved in amber, which is not to say we don’t change the way we look at things,” she said.

“As much as I say this is about the inside part of it, it’s not like I don’t think that there’s a great deal of humour in the outside part of it.”

Rae said she feels grateful to be able to have the opportunity to showcase her story in a dramatic way with “Dragonfly” and in a comedic way with her stand-up comedy.

“That is the anxiety of the comedian.”

“Dragonfly” is produced by Theatre Projects Manitoba. The play will run from March 14 t0 24 at the Rachel Browne Theatre. Tickets can be purchased online at theatreprojectsmanitoba.ca.