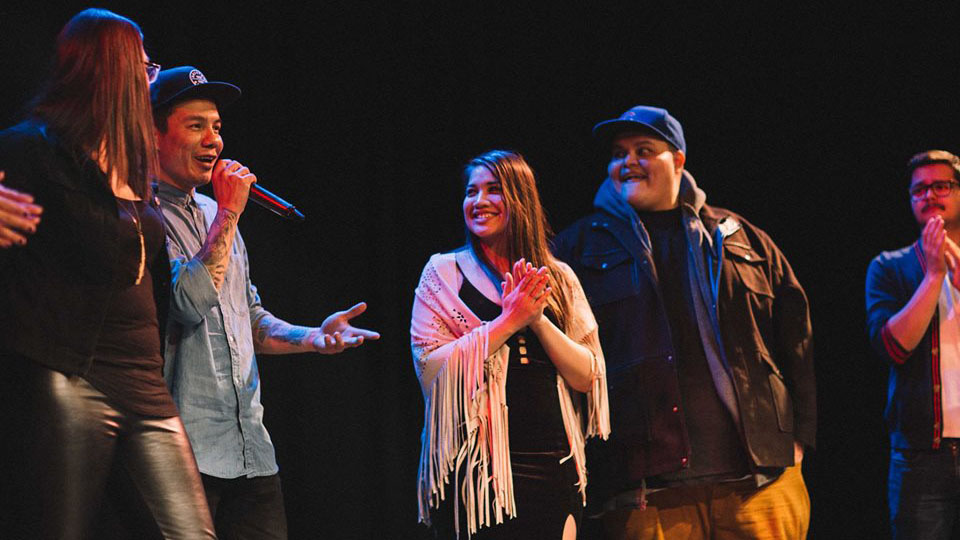 Laughter is Medicine showcases Canadian Indigenous comics, both new to and veterans of the industry.

“If the show flops, it’s my fault,” joked Ashley Richard, producer of the show.

Richard handles everything from ticket sales, booking the venue, the lineup and allocating the minutes of the set. Richard is also a co-founder of Red Rising Magazine, which is launching its ninth issue in Saskatoon this month.

Richard and her friends came up with the title for the event in her apartment.

“We kind of said ‘laughter is medicine’ as a joke, but then we realized it was really so applicable to what we were doing,” said Richard.

“I think in our community there is a lot of pain, there’s a history of a lot of suffering, and you see a lot of that pain and suffering today, but I think it’s healthy to be able to make people laugh and find humour in our stories, because Indigenous people are funny,” she said.

Comedy can help heal from trauma, according to Richard.

“Being able to bring laughter from a situation of pain is really a gift, and I think that everybody has a gift that they’re meant to share with the world,” she said.

“The talent and the comedians that we select, comedy and sharing their jokes and what they write is their gift to the community, and we just wanted to create a place for them to share that gift with as many people as possible.”

Winnipeggers have shown their interest in Indigenous-led comedy. The previous two Laughter is Medicine shows sold out.

According to Richard, Indigenous comics bring a fresh perspective to the stage.

“Mainstream comedy, they don’t have the stories that we have,” she said.

“Laughing for two hours is exhausting. People are tired after the show, you just feel so good because you just know that you’re surrounded by a community of supporters.

“We do have a lot of non-Indigenous people who come to the show as well,” said Richard.

“It’s a beautiful environment and I think that gives people hope in knowing that you can find a way to laugh even in the darkest of situations.”

Laughter is Medicine will be held March 15 at the West End Cultural Centre from 8 p.m. and 11 p.m. Tickets are $20 at the venue, by e-transfer to Ashley Richard at adrichard90@gmail.com or online at eventbrite.ca/e/red-rising-magazine-presents-laughter-is-medicine-tickets-55985999632.