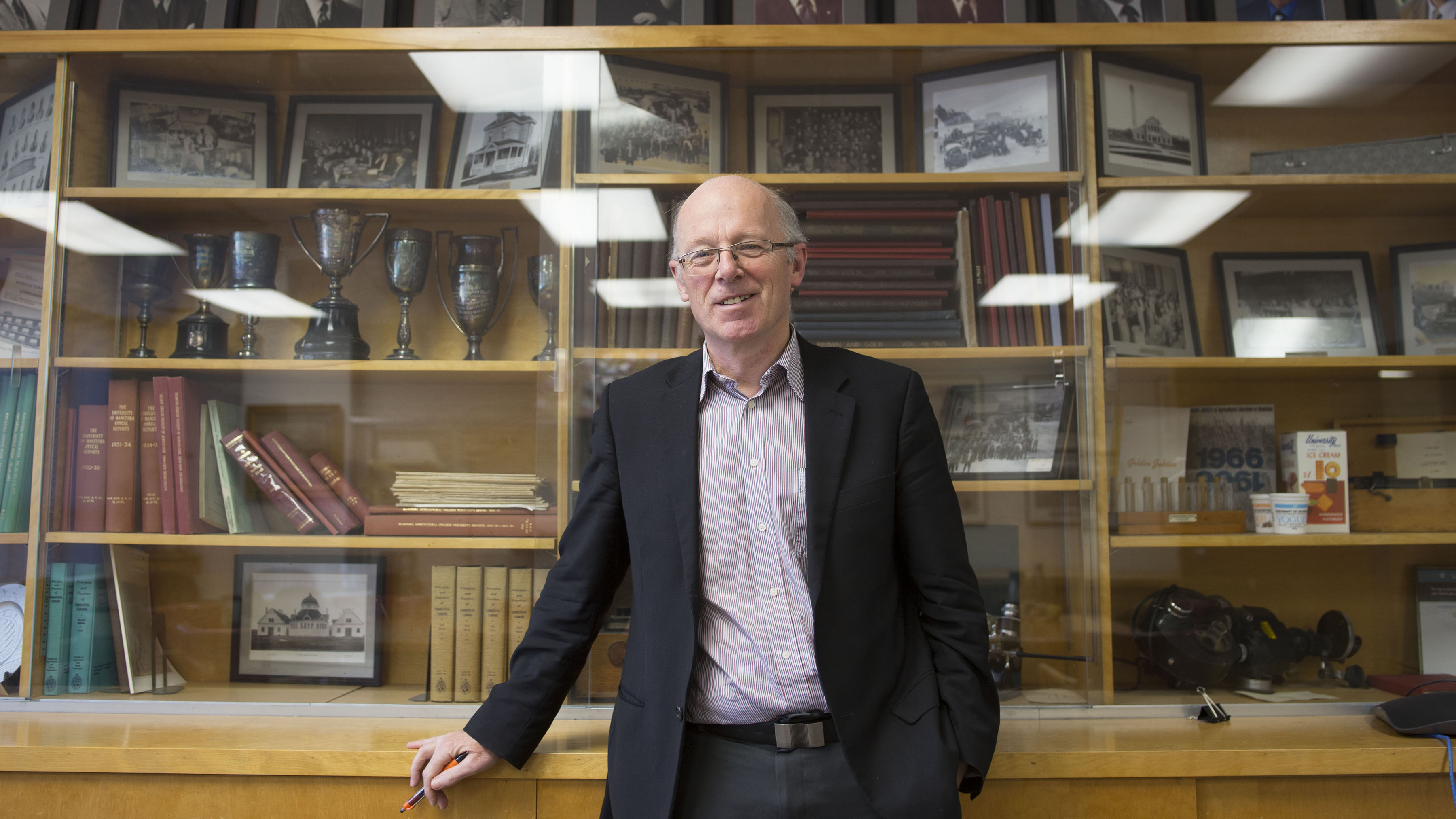 A U of M administration alumnus hopes to sow the seeds of a bright future as the new dean of the faculty of agricultural and food sciences.

Food scientist Martin Scanlon has signed on for a five-year term as the dean of the faculty, but it is not his first go as a leader within the university — he first joined the U of M faculty in 1991 and has twice served as acting head of the department of food science.

Scanlon received his own education at the University of Leeds in England, but said Winnipeg had always been a special place to him.

“I quite like the winters, to be honest. There has been good, supportive people throughout all the time I’ve been here.

“Agriculture and food processing is a big thing, so in terms of my expertise fitting with the needs of the community I think it’s been a good fit, so I’ve been happy to stay.”

Scanlon already had an exemplary record with the U of M even before receiving the dean position —  while sitting as the associate dean of research in the faculty of agricultural and food sciences in 2014, Scanlon received the University of Manitoba Graduate Students’ Association Teaching Award.

Asked what he is proud of accomplishing in the role so far, Scanlon said outreach throughout the faculty has been a point of pride for him.

“I’ve sort of been going around to the departmental councils and I hope that I’ve been good in terms of fostering a collegial approach, because sometimes you get the dean’s office, the university level, they can be displaced from the real, where real action goes on in the departments,” he said.

Scanlon talked about his plans to continue the faculty’s undergraduate curriculum renewal, which began under the previous dean.

The faculty of agriculture rolled out a revised two-year diploma in agriculture program in fall 2018.

“We’re looking at curriculum renewal, because it’s been 20 years since we had a major curriculum reform,” said Scanlon.

“If you think about what progress has been [made] in agriculture, in food and nutritional sciences in those 20 years, there’ve been massive changes — so we want to update the curriculum.”

Speaking about what he hopes to achieve over the next five years as dean, Scanlon talked about focusing more on the student experience.

“Because we’re a very research-intensive faculty, sometimes that can sort of skew the way that a faculty think, but it’s to make sure that we’re an educational and a good student experience first and foremost.”

Scanlon also mentioned his hopes for improving diversity and inclusion in the faculty.

“Internally, I want to make sure that we’ve got the best policies and practices to make this a good place to work in,” he said.

“So my associate dean, Annemieke Farenhorst, she’s a researcher, I’ve asked her to be also responsible for making us, if not the best, the most progressive faculty on campus, one of the best on equity, diversity and inclusion, because I think, well, we just need to have those things in our faculty.

“We can’t seem to be laggards.”

Scanlon talked about the importance of agricultural education, particularly in Winnipeg.

“You look at Winnipeg, you think of all the service industries that are supported by agriculture,” said Scanlon.

“An enormous amount of this city’s economy is driven by agriculture, so we’ve got to get the best and the brightest into agriculture.”