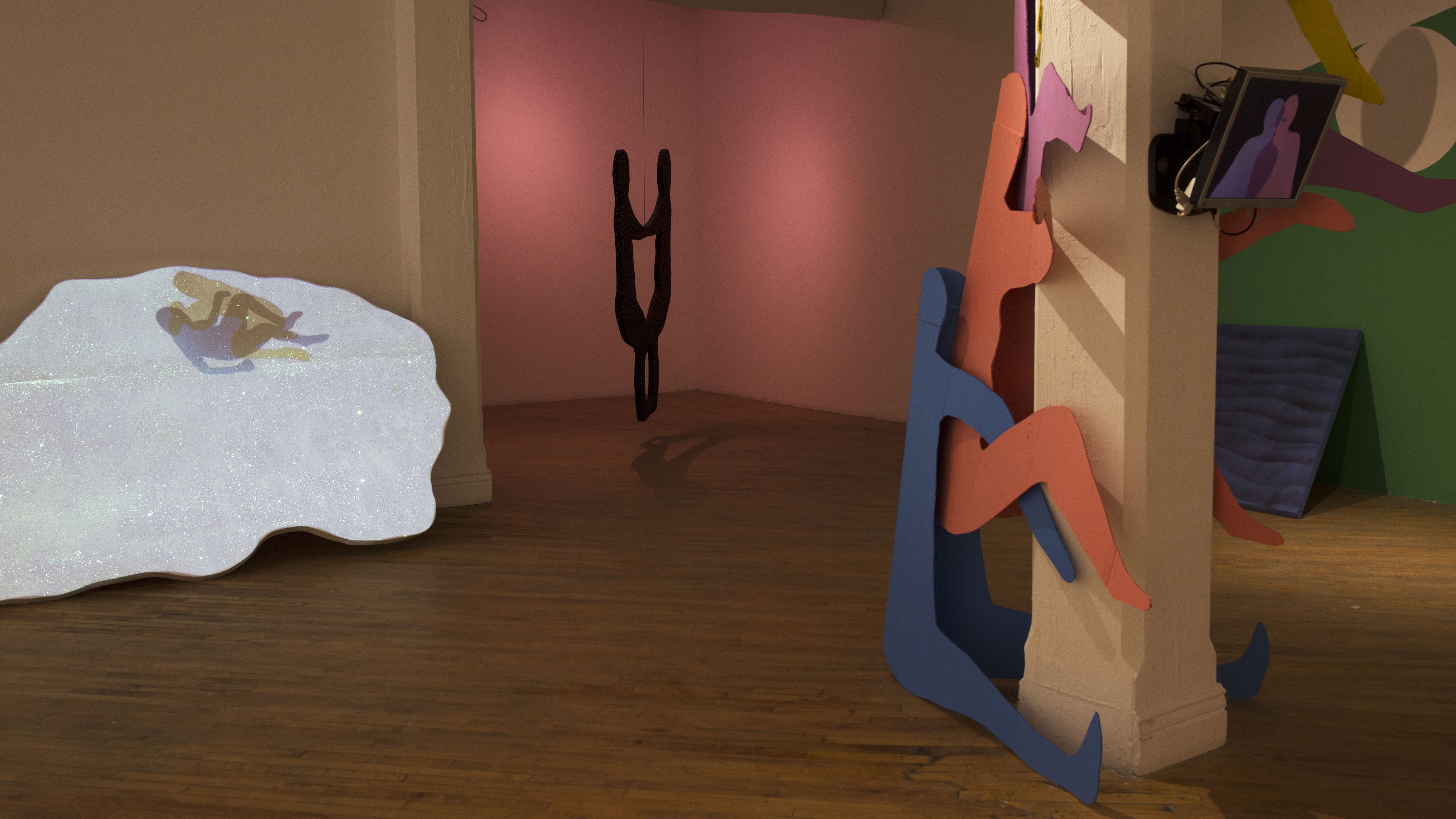 The exhibition grew out of Gillies’s fascination with different sources of relationship advice, from old thrift store relationship guidebooks to online articles instructing people how they should express their intimate feelings.

It is not uncommon for visual artists to cite the works of legendary innovators in their field or sudden rushes of creativity for their pieces. But for Gillies, inspiration is deeply rooted in his community.

Gillies spends much of his day at Art City, a not-for-profit community art centre in Winnipeg’s inner city, where he acts as studio manager. He helps people of all ages learn how to make art.

To Gillies, learning how to create visual art can be an educational practice in itself.

“There’s the aspect of learning how to observe, if we’re talking about visual art,” said Gillies.

“We’re talking about observation, we’re talking about manual dexterity, learning skills like that. So there’s that aspect, which crosses over into every part of human activity, so that’s a really important practice.

“And then there’s creative thinking, which is super important too.”

Gillies enjoys helping people learn through art and looks for new ways to be involved in the artistic community. While working for a Boys and Girls Clubs art program, Gillies was initially attracted to Art City during a contest at the Manitoba Museum.

“I was in a volcano-building competition against Art City at the Manitoba Museum and Art City’s volcano was so good,” said Gillies.

“I started as a volunteer and then I worked as part-time staff and now I’m studio manager.”

Gillies encourages young Winnipeg artists to get involved with their artistic community as well.

“It’s something I didn’t learn until after art school […] how welcoming and lovely of an art community we have here, and to get involved in the social aspects of our community,” said Gillies.

“So, to come out to things, that would be my advice. To meet people and to learn what other artists in Winnipeg are working on, and to support them by being present and engaging with what’s going on.”

Seasons of Togetherness will be displayed at Aceartinc. until Feb. 15. Toby Gillies will be hosting a free artist talk Feb. 15 at 7 p.m.

Come home to the WAG again