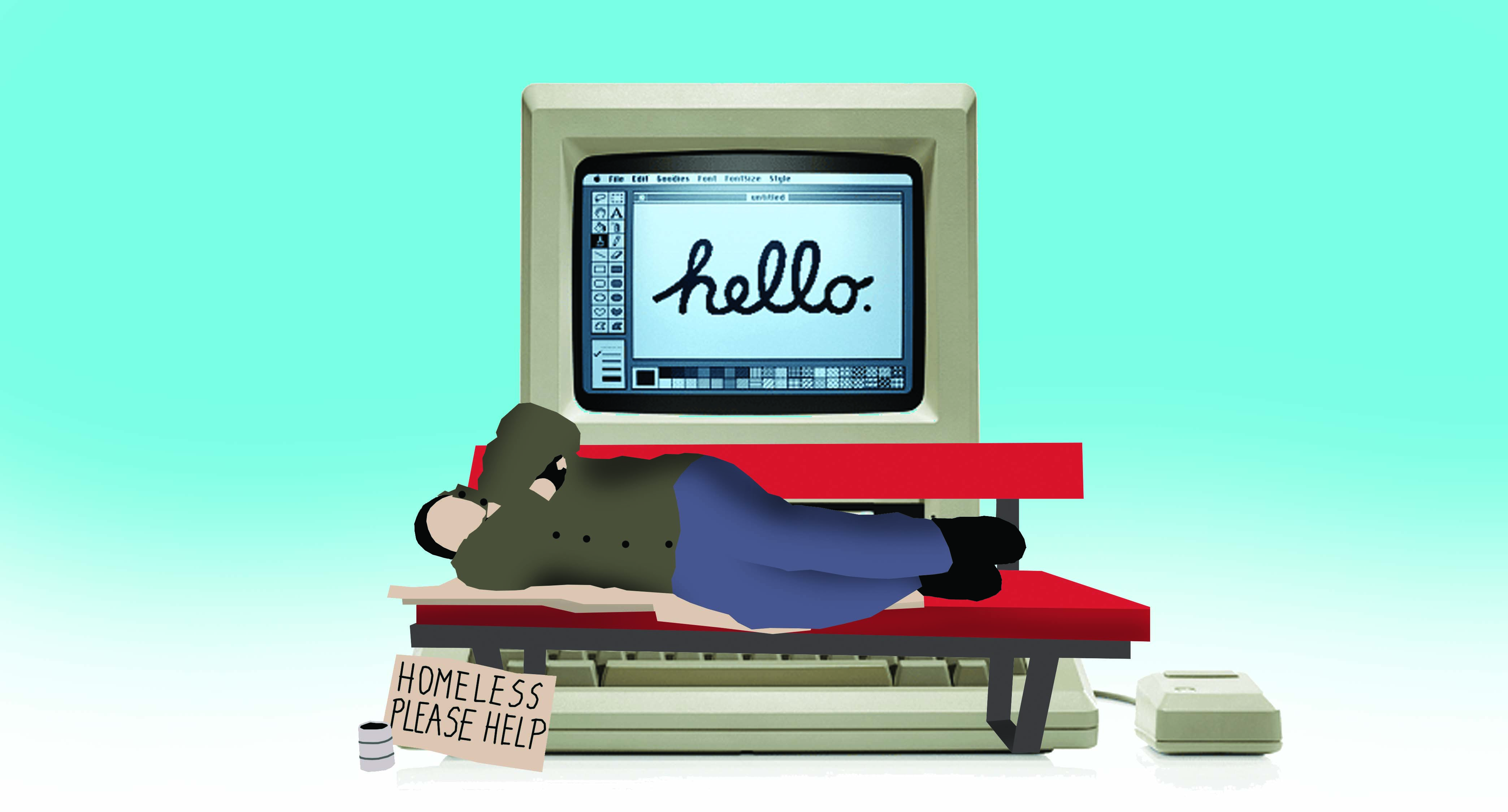 The replete cold which crystalized much of North America last week made naked our systemic deficits.

Last week, while CBC radio reminded its listeners that the -50C weather would leave bare skin devoid of life and marred with frostbite in a mere two minutes, well-meaning Winnipeggers handed winter coats that doubled as sleeping bags to the city’s homeless.

For some, this was the only protection against the frigid cold since every shelter in Winnipeg was bursting at the seams as the downtrodden sought refuge. Several homeless shelters in the city turned away the homeless who were suspected to be drunk. Others cautiously invited them inside. None of them offered a permanent home.

On nights when the weather is extreme, the chasm where we bury the knowledge of what the dispossessed suffer becomes shallow. And what emerges shrinks us all into mice as we scurry to try to patch gaping holes ripped in our social fabric by the seemingly inescapable system we find ourselves in.

What seems to get missed in the scramble to save the lives of people forced to live on the streets is they share the same struggle as the mother hard-pressed to pay rent, the abused woman who cannot leave her abuser and the young people stuck at home, unable to start a family.

The rentier is no one’s friend. The lease and the mortgage are transactions that have no meaning other than deriving profits.

When a woman is in an abusive relationship and housing is not a right, she must confront two realities. Either suffer under the twisted partnership and keep her home or report the abuser and see the place she is living become unaffordable.

When one of the 40,000 Manitoba households who have no access to affordable housing must make difficult decisions between feeding their families and paying the rent, they often turn to the food bank to make up the shortfall. And in some cases, these people have to embarrass themselves just to access the food by providing documentation of their desperate situation.

Despite the humiliating requirements to access the food bank, in every community across Canada, people are relying on it more than ever.

Only a few decades ago, young people were able to afford to move out on their own. Today, every category of young adult is staying in their family home for longer and in greater numbers. This has resulted in a dramatic decline in young people starting families.

These changes in the ability to start a family are not the product of some cultural schism as portrayed in right-wing literature. Rather, 10 years ago, the rentier was able to capture only a smaller portion of people’s income.

What is the rentier other than a burden on the whole of humanity?

Manitoba’s attempt to create social housing — housing meant to address human need — is largely a failure. This is the result of the provincial social housing program’s reliance on rentiers to provide an adequate number of low-income dwellings.

The prime mode of social housing in Manitoba is through Rent Assist. The provincial government provides payment to landlords who rent at 75 per cent average market price to subsidize housing. However, most rentiers are developing medium- and high-end units, leaving the available social housing at their current inadequate levels.

For Manitoba to ensure stable housing that satisfies human need, the province must expand government-owned social houses. The rentiers have failed to provide homes on the basis of human need. Enjoying a safe and affordable home is an essential freedom, because without it the potentialities of life end up in a straitjacket of misery.

The current provincial government has only exacerbated things. Just last year the province sold a major provincially-owned apartment tower to a private developer. While the new developer will put money into the building, it will not benefit the tower’s former tenants.

Rather, the privately-controlled housing will amass profits for the rentier with no concern for the social ramifications.

Cancel culture is not new but it is legitimate

In response to conservative writers