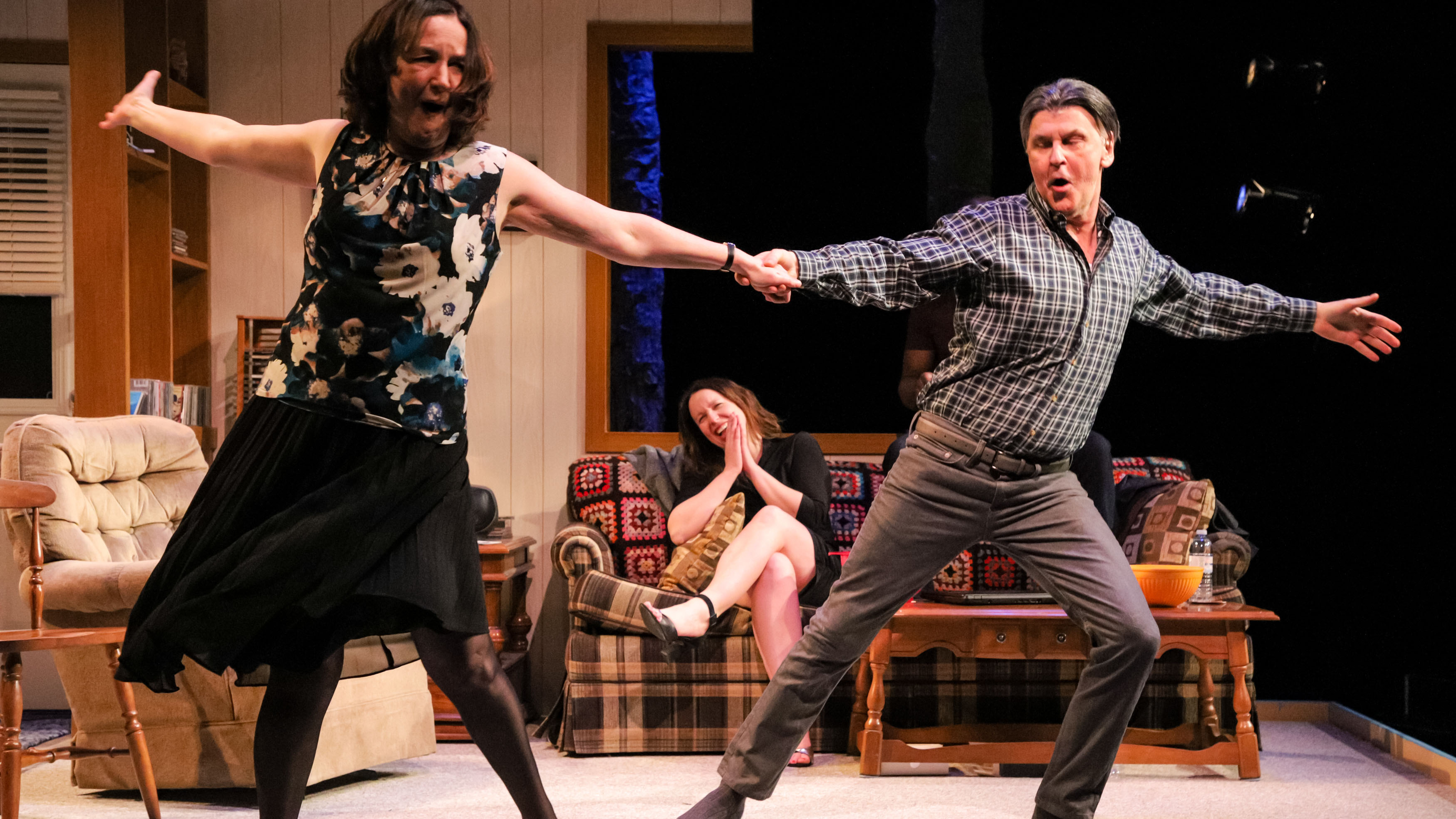 Sitting in a full house during the opening night, audience members were given a night of laughter and sorrow as the characters’ stories developed.

New Magic Valley Fun Town is built around Aristotle’s dramatic structure, where the play follows a linear progression throughout its crises leading to its climax.

MacIvor plays the lead role of Cape Bretoner Dougie, whose chilling performance grabbed most of the audience’s attention on the play’s opening night.

MacIvor set his most recent play where he grew up, in Cape Breton Island, N.S, where the protagonist Dougie enters the stage carrying his groceries, Tim Hortons coffee in hand.

We are introduced to Dougie’s complex temperament from the ruckus that he sets upon the stage, presenting elements of comedy and drama.

The play’s humour is amplified as the characters Sandy and Cheryl join the stage. We then learn that the family is preparing for Dougie’s reunion with his best friend, Allen, whom he hasn’t seen for over two decades. In preparation to greet Allen, Dougie has done a little snooping through Facebook to see who his old pal is today.

A dark current runs beneath the laughter and commotion among the characters.

The repeated mentioning of Dougie’s past with Allen alludes to an explanation that would clear the mist around why Dougie lives in a trailer, suffering from depression and OCD.

Allen, played beautifully by the award-winning actor, director and playwright Andrew Moodie, sets foot on stage with a suitcase, carrying with him the common past that he shares with Dougie.

Dougie and Allen’s reunion is a night of happiness and buoyancy and drinking and dancing. Yet the atmosphere shifts as the old friends revisit their memories, forcing each character to confront their interconnected pasts and present.

A significant merit of this production is director Richard Rose’s masterful interpretation of the script. Within a single act, the actor must smoothly transition from a cheery disposition to one of overwhelming despair.

Such a shift in play is best seen when the overall mood changes with Allen bringing up the topic of their childhood. Rose’s direction coherently orchestrates the juxtaposing scenes.

Tickets for New Magic Valley Fun Town are now on sale. For ticket information and show times, visit the PTE Box Office on the third floor of Portage Place, call 204-942-5483, or visit www.pte.mb.ca.