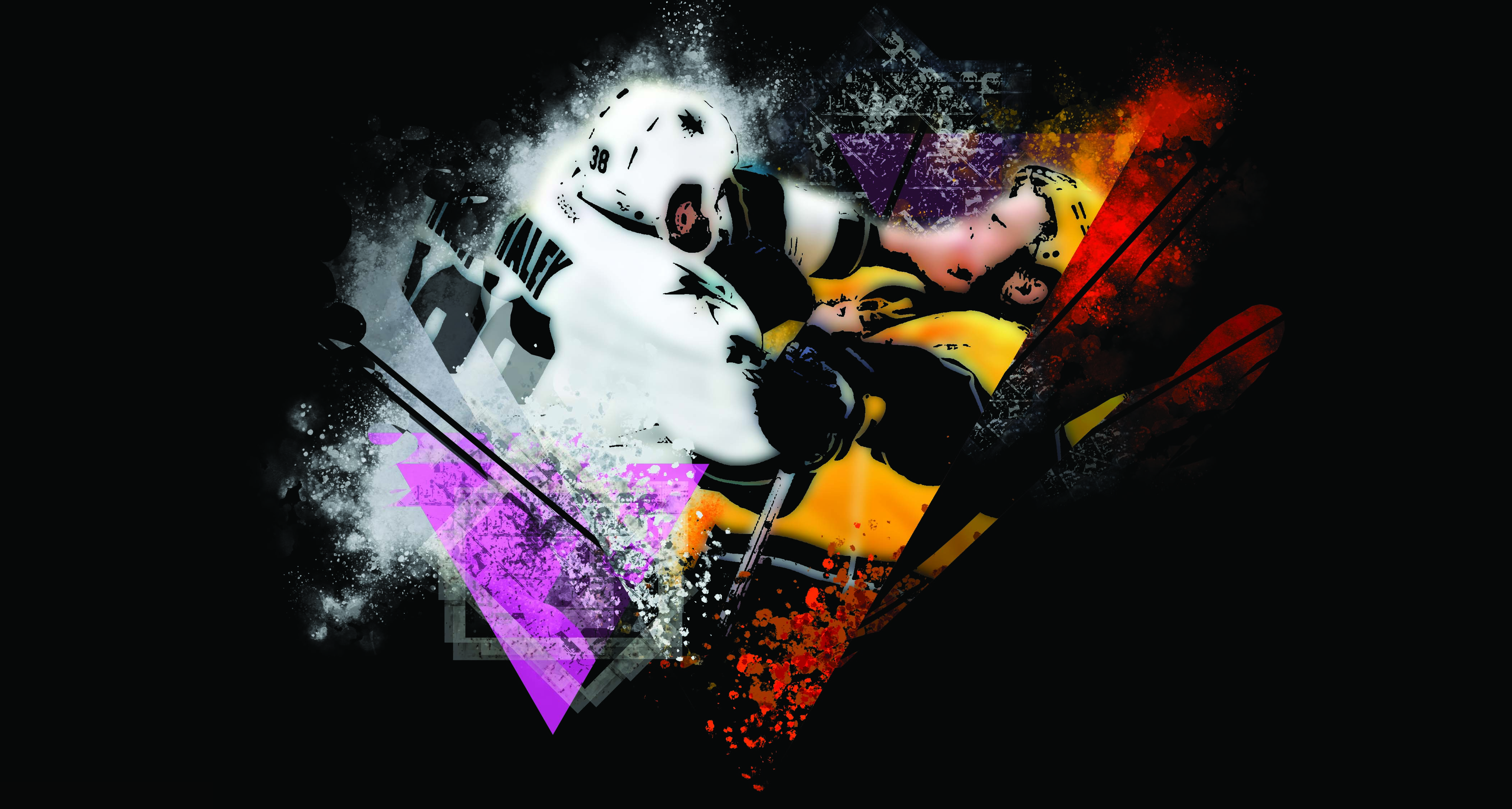 The hockey community is infected with a disease of bravado, intolerance and misogyny, and it was on full display in Nova Scotia on Feb. 2.

During a game between the Acadia University Axemen and the St. Francis Xavier X-Men, a bench-clearing brawl broke out and took the hockey world by storm. Many on social media called it good old-fashioned hockey, while members of the media lauded the competitive edge shown by players.

In total, 310 penalty minutes were handed out following the brawl, and Atlantic University Sport (AUS) announced 15 players and both head coaches will be suspended for their part in the fracas.

What came next, though, took almost everyone by surprise.

Reports after the game revealed the brawl was instigated by derogatory comments directed toward X-Men forward Sam Studnicka. The comments were reported to concern a sexual assault survivor close to Studnicka.

St. Francis Xavier head coach Brad Peddle made the officials aware of the comments, who then discussed the issue with Acadia head coach Darren Burns.

The offending player was given a two-minute penalty and the game went on.

This is where the situation should have ended, but unfortunately it was not so simple.

Following the penalty, Studnicka lined up for a faceoff and, in his own words, “was completely shocked when […] the offending athlete (who made the comment) was sent to take the faceoff against me.”

The brawl ignited soon after.

Worse still, these teams have gone through this situation before.

A few days after the incident, U Sports broadcaster Victor Findlay reported comments toward Studnicka caused a similar fight between the two clubs on Nov. 3, 2017, resulting in six suspensions.

Was the latest brawl justified? Perhaps, if one were to argue the players were taking punishment into their own hands.

Was the situation avoidable? Entirely.

Had the officials, the coaches — even the other players on the ice — stepped in and removed the offending player, or at the very least called him out, the fight could have been avoided.

Instead, the officials gave a measly minor penalty and the Acadia coach — having full knowledge of the situation — sent the offending player out for the next draw against Studnicka.

Following the game, St. Francis Xavier released a statement apologizing for its team’s conduct, but supporting Studnicka. Acadia meanwhile provided a brief comment and waited until after AUS handed down supplemental discipline to respond with a full statement.

In a written statement, the program admitted an incident occurred, denied St. Francis Xavier’s version of events, and then denied it was an ongoing issue before citing the 2017 altercation which shows this is an ongoing issue.

Acadia also admitted a penalty was assessed but said media and fans blew the situation out of proportion.

To perfectly encapsulate the sheer idiocy of such a decision, the words of U Sports blogger Neate Säger will suffice.

Säger tweeted, following the statement made by Acadia, “please save me from reading this as a belief that re-victimizing a sexual assault survivor is worth a two-minute penalty.”

Since the event, the offending player has been identified as Acadia’s Rodney Southam, who said he told Studnicka he looked “like a [expletive] rapist.”

In a statement, Southam acknowledged his actions were wrong but countered by arguing similar comments have been made toward him in the past.

Southam was accused of sexual assault when he was playing with the Kelowna Rockets of the Western Hockey League and says he, too, has been the target of highly personal attacks.

While this does not exonerate either side, it does shine a light on a long festering rot in the hockey community. Everyone crosses the line regularly and nobody stands up to stop it.

Players, coaches and officials are the ones deciding what is appropriate on the ice.

They are the ones influencing one another on what is OK to say or do, and what is not. If Southam or any other player does not have their actions checked, or beliefs challenged, they will carry them on to everyday life.

Nothing will change, and the world will get a little less tolerant.

Left unchecked, such behaviour is reinforced, accepted and normalized within hockey culture.

This is a problem indicative of hockey’s ultimately shallow nature. For sport-championing movements such as You Can Play — supporting LGBTTQ* inclusion in sport — and Bell Let’s Talk, when actual harms are done the response is wagging fingers and stern talking-tos.

This is not to say those causes are not worthy and the athletes, executives and fans supporting them are not genuine, but all talk of inclusion and respect seemingly gets thrown away once the puck is dropped.

During the 2014 NHL playoffs, then-Montreal Canadiens defender P.K. Subban scored an overtime game winner against a hated rival in the Boston Bruins.

The response by Bruins fans was to throw racial slurs Subban’s way on Twitter, eventually leading to the N-word trending in the Boston area.

Yes, trash talking is part of the sport and the men and women playing hockey are hardy people who can take a lot of punishment, but this does not excuse attacks breaching the barrier of the game.

You can fight someone on the ice, but not in the hallway, and that violence cannot be brought beyond the boards.

So why then can a player’s personal life be brought within them?

Instead of insulting a player for their mental health issues, their sexuality, their race or the people they care about, you can target what they do on the ice.

You could make fun of their stone hands or how they are a pylon on defence.

Heck, even go full Claude Giroux and make pigeon noises at someone or pull a Drew Doughty and simply tell them “Buddy, you suck at hockey.”

If people are scared to be open about their struggles, mental health, sexuality or victimization because of what people will say, then all the talk of tolerance and leadership in the hockey community is nothing but hot air.