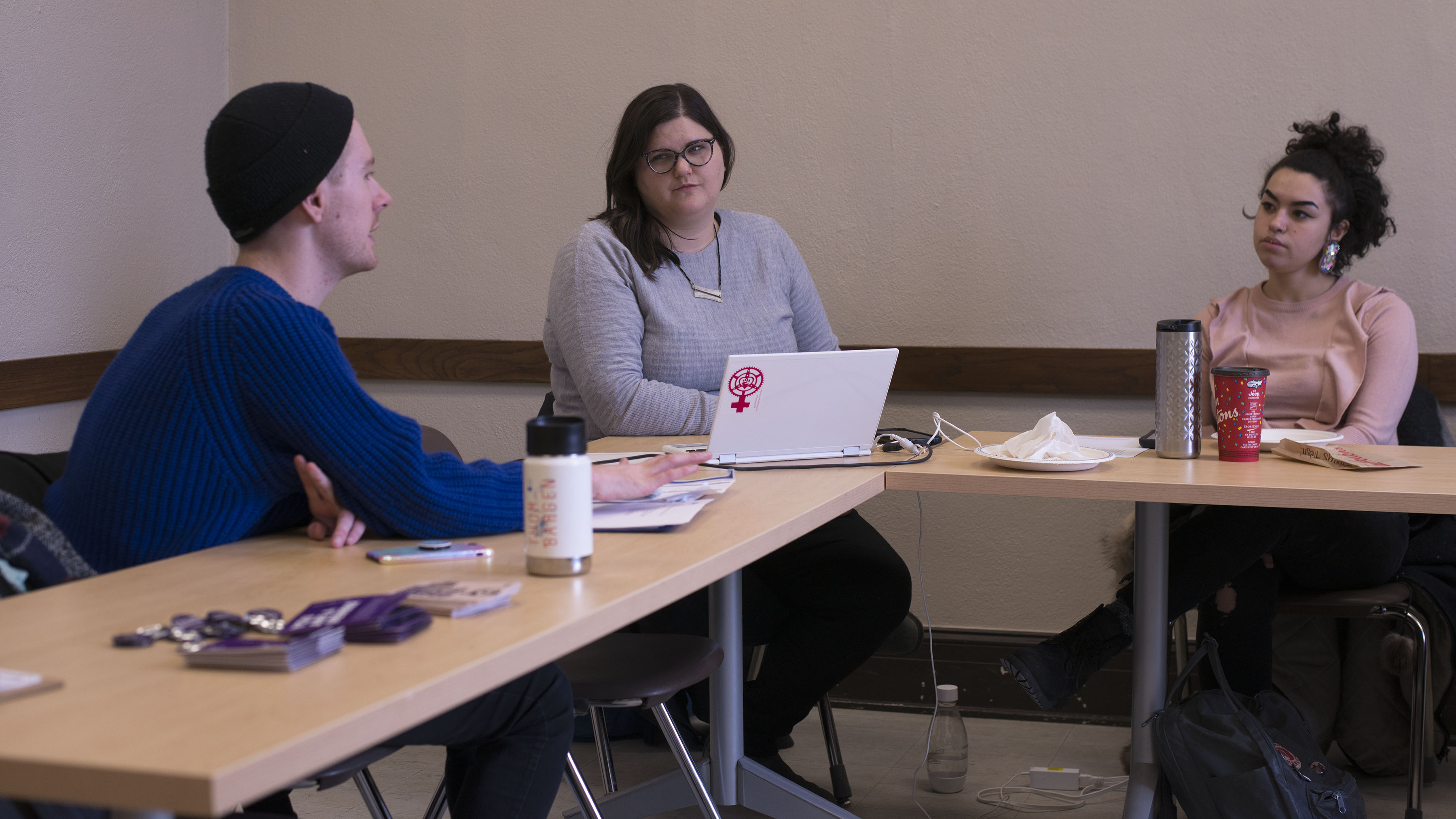 Among defederation concerns and a meeting from a competing student association just hours away, the Canadian Federation of Students convened on campus Thursday to spread the word about its “Education for All” campaign.

“Which we’re already starting to see the effects of, with people just dropping out partway through a degree, or just deciding not to go at all,” he said.

“So part of the attention of this campaign is to try and think of ways of getting that message out to students, politicizing that message for students and kind of letting people know that this should not be taken as normal.”

In November 2017, the provincial Progressive Conservative government lifted the cap in tuition fees that had been in place since 2012 for Manitoba universities, a move which that triggered protests by post-secondary students across the province.

“There was so much pushback by students and the government was not listening,” she said.

Shearer said the “Education for All” campaign is a supportive response to that pushback from students.

“At this point, we’re really wanting to spread more of the word that tuition is increasing despite efforts to delay or counter some of that legislation,” she said.

There was also discussion at the meeting of Ontario premier Doug Ford’s recent post-secondary education reforms, which will allow students to opt out of any ancillary student fees they find non-essential, including student union fees, a move Shearer compared to our own provincial government’s choices.

“There’s definitely other governments that are doing similar things, it’s kind of like a tactic that’s nested in with other attacks on public services,” Shearer said.

Northam said these extreme changes to student fees could become a reality in Manitoba.

“I think our concern here is that Brian Pallister, our premier, will be looking at that and seeing what kind of response is [Ford] getting and is that feasible here,” he said.

The federation focused on what providing education for all would mean in Manitoba, including removing tuition barriers for all students, but in particular for international students.

The Canadian Federation of Students has long advocated for upfront removal of cost barriers and the direct funding of post-secondary education by the federal government, including its “Fight the Fees” campaign.

International students at the U of M pay thousands more than Canadian residents, and recently faced the removal of their universal healthcare coverage by the provincial government. The Canadian Federation of Students formed its “Fairness for International Students” campaign to tackle the unique concerns of international students.

Shearer said the federation’s focus was providing resources to students no matter their status in Canada.

“As a federation, that is a huge part of some of our campaigns, like Fairness for International Students, because it’s not just [resident students] we’re advocating for, it’s education for all people,” she said.

“The value of education is just so universal.”

With files from Alexander Decebal-Cuza.