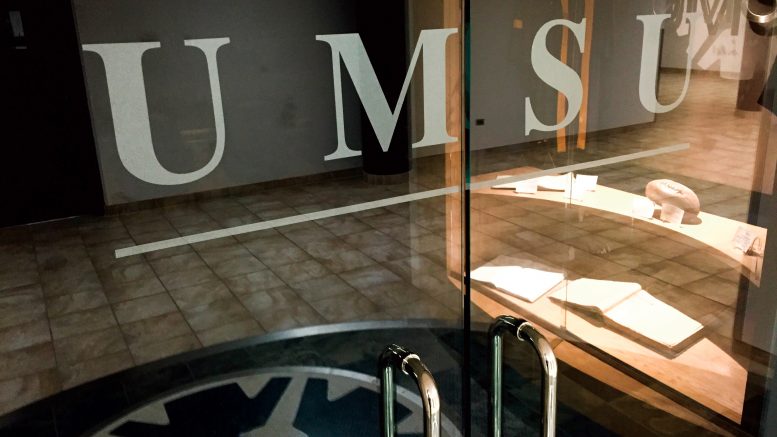 Following a recent recommendation from the UMSU executive to join the Canadian Alliance of Student Associations (CASA), an alliance delegation presented what it called “wins” to students at last week’s UMSU board meeting.

UMSU voted against affirming membership in the Canadian Federation of Students in November on the recommendation of UMSU president Jakob Sanderson, who is pushing for the union to join CASA.

The presentation was given by CASA national director Manjeet Birk, secretary and president of the Red River College Students’ Association Lauren Slegers and the association’s chair, Adam Brown.

CASA, like the Canadian Federation of Students, lobbies on behalf of its members, all of which are Canadian student unions.

Unlike the federation, however, CASA mainly advocates on the federal level, and its campaigns focus on government relations.

While the UMSU executive has provided little public information regarding its intention to join CASA, it recently promoted the alliance’s #StudentsLetsAct campaign on campus during its mental health week.

The campaign included a letter-writing segment, in which the letters written by students were sent to the federal health minister of Canada.

CASA’s advocacy work centres around getting students involved with federal politics — including CASA’s “Get Out the Vote” campaign — which Brown said has been very successful.

Brown said CASA has no political affiliations, and rather than attempt to influence students’ politics, it simply encourages students to take part in the process.

“We want to get as many students out voting as possible. CASA is a non-partisan organization, we believe that’s one of our biggest assets when it comes to our advocacy,” he said.

“We don’t endorse parties, we don’t endorse candidates, and that’s how we stay friends with everyone. And in doing so that allows us to approach these campaigns by saying, ‘We don’t care who students vote for, we just want them to vote.’”

According to Brown, CASA works to get the voices of young people heard in the highest level of government.

“The millennial vote is going to be the biggest voting block in the next federal election, and we want to make sure our voices are at the table and that they’re being listened to,” he said.

The CASA representatives also took questions from the board and students at large in attendance — including some who expressed concerns that should UMSU join CASA, the union would lose the advocacy work the Canadian Federation of Students provides, including campaigns advocating for direct government funding of tuition for post-secondary students and supports for international students.

Qudus Abusaleh, a student who recently worked for the Manitoban, said he believes CASA will not be able to provide what the Canadian Federation of Students does to international U of M students.

“There won’t be international healthcare coverage for students, tuition fees are still going up, and CASA, there’s only so much they can do,” he said.

“One of the big things that we pushed this year in our advocacy week was around sexual violence,” he said.

“I think that’s sort of the most relevant policy that we’ve been pushing on that sort of thing — we’ve seen the statistics where LGBTTQ* people are more likely to be victims of sexual violence, and those kinds of things. So we took those stats to Parliament Hill.”

The presentation ended with a list of other projects the association is currently working on.

“We are preparing for the next federal election,” he said.

“We hope to get tens of thousands more students to be pledging.”

Social networks hand over the microphone