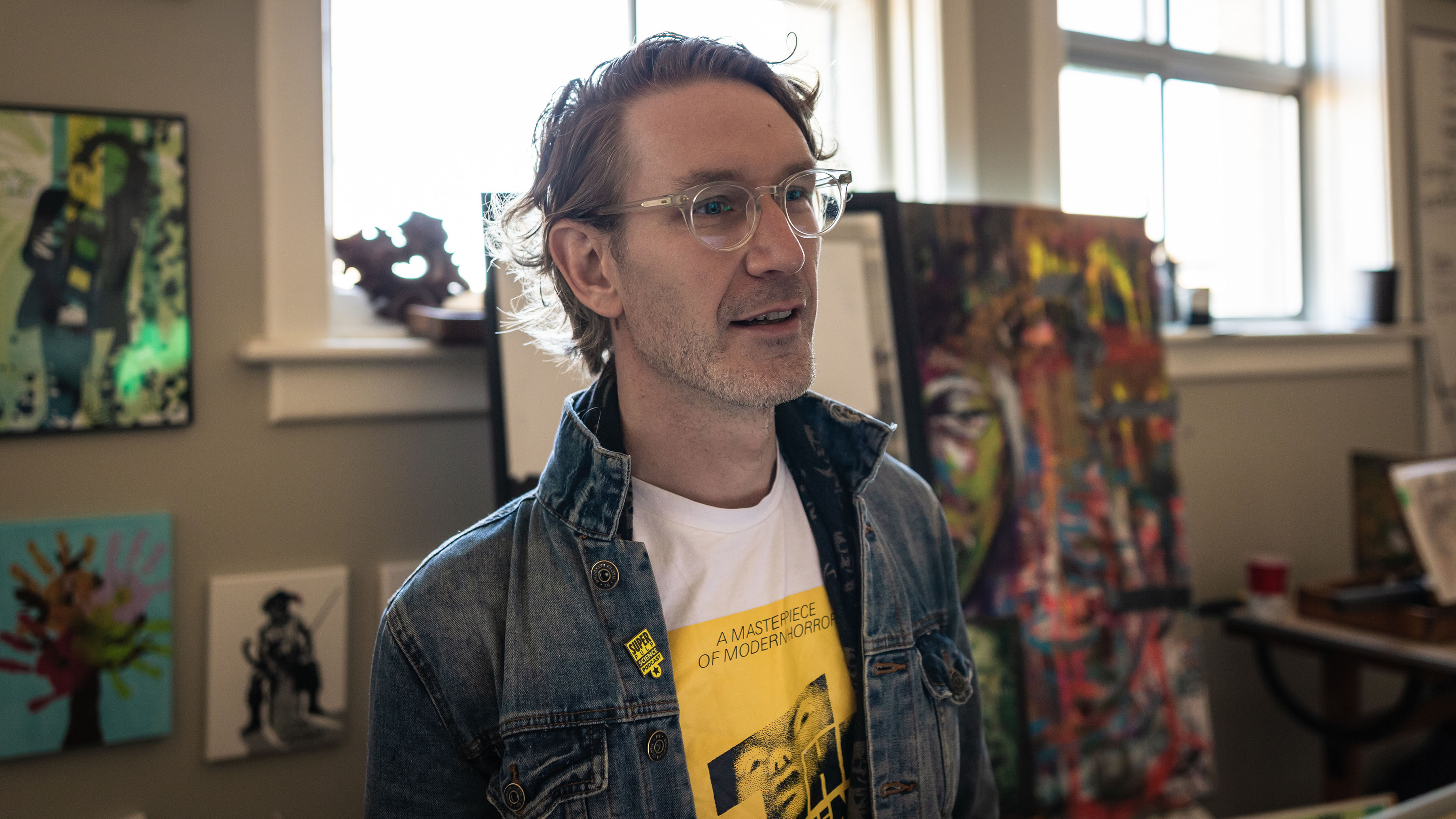 Winnipeg’s GMB Chomichuk is an award-winning writer, illustrator and graphic novelist with a unique and imaginative art style.

Some of his works include Infinitum, a time-travel noir story, and the Midnight City series, where pulp-era superheroes battle Lovecraftian monsters. He also illustrated Will I See?, a graphic novel exploring Winnipeg’s missing and murdered Indigenous women.

Chomichuk had a passion for creative storytelling from an early age.

“I always drew and I always wrote, right from Grade 1,” said Chomichuk.

“I think some people end up institutionalized out of that [creative] behaviour and I managed to hold onto it into adulthood.”

Chomichuk spent a decade as a teacher while publishing one to two books per year.

He transitioned to a full-time artist after developing connections in the industry and some personal exploration.

“We had a tough spot in the family, went to a lot of funerals,” he said.

He realized he wanted to spend more of his time on his writing and artwork, but he still loves teaching. Chomichuk regularly gives workshops and lectures on writing, publishing and illustrating.

“The pulp era is just the sheer fun that comes from the origins of comics — just ridiculous science, fantastic characters, completely esoteric and bombastic situations that should not work,” he said.

While Chomichuk’s artistic style is distinct, he does not always work alone.

His most frequent collaborator is internationally-recognized artist and illustrator Justin Currie. The pair have created the inspirational all-ages books Cassie and Tonk and Rust and Water. They also co-host the Super Pulp Science Podcast. They attend 25-30 events across Canada and internationally per year promoting their work.

Chomichuk and Currie share a studio in the Exchange District with freelance editor and young adult fantasy novelist S.M. Beiko, who helps bring their projects to distributors.

Always on the go, Chomichuk has several upcoming projects. A World War Weird series and roleplaying game expands the characters and world he established in Midnight City. Good Boys is a graphic novel about anthropomorphic dog and cat soldiers Chomichuk created for high school students. Dragon Nanny is next in Chomichuk and Currie’s all-ages book series.

GMB Chomichuk will be at PechaKucha Night Feb. 20 at the Park Theatre. His works can be found at McNally Robinson and Indigo. The Super Pulp Science Podcast can be found on iTunes and Soundcloud.