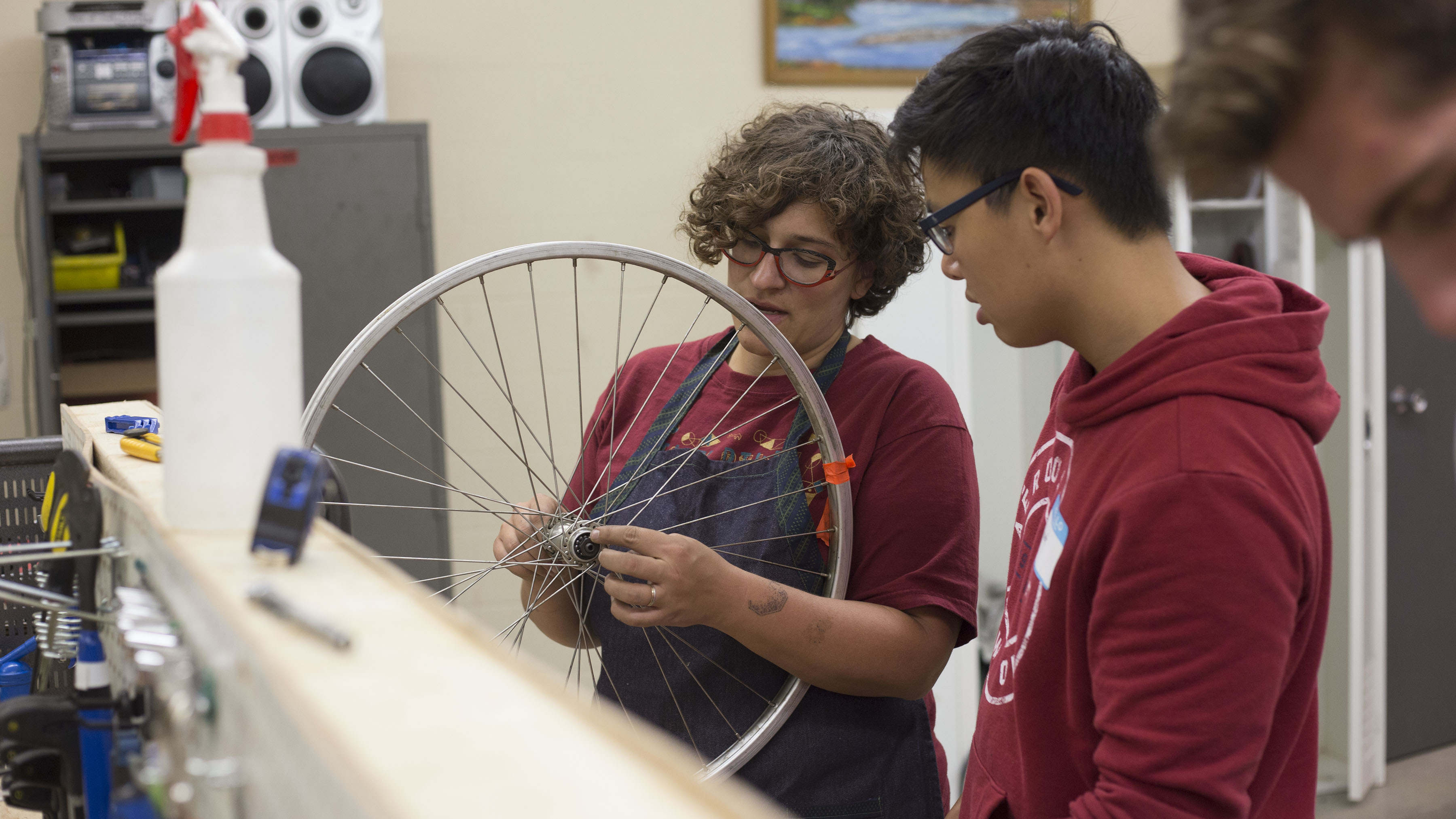 UMCycle’s first Mechanic Bootcamp for “women, transgender, two spirit and gender non-binary folx” of 2019 will be held Jan. 23 and Jan. 30.

By the end of the bootcamp, participants will have acquired the mechanical skills necessary to repair their own bikes and volunteer for UMCycle.

Anna Weier, manager of UMCycle and U of M alumna, said UMCycle’s “main mission [is] to get more people riding bikes to, from and around the University of Manitoba campuses.”

While UMCycle has regular open hours — referred to as “community stand time” — available for all students, it reserves Thursdays from 10:30 a.m. to 12:30 p.m. for women, transgender, femme and non-binary people.

“There are a lot of women who have been taught by our society and culture that they don’t have a mechanical aptitude,” said Weier.

“Having these specific spaces for women, transgender, non-binary, two spirit people is a way to break that myth for people in a very personal way.”

“It was really nice to be in a space where people could just feel comfortable saying what they knew, saying what they didn’t know and just sharing with each other their experiences, and their knowledge,” said Weier.

“We wanted to try and make sure that we had those kinds of spaces at the U of M.”

While Weier said she recognized that mechanical skills often seem daunting, and people may not think they have the capacity to learn them, they can be made accessible to anyone.

“Anyone can learn [bike mechanics…] It’s not just something that anyone inherently knows.”

Despite this, Weier noted that from her experience, women and non-binary people are often assumed to be less mechanically capable than men.

“Even as female staff in bike shops, we still get people who come in who don’t take us seriously as mechanics because we’re women,” she said.

Workshops and hours reserved for women, transgender, femme and non-binary people provide a safe space to learn bike mechanics, and, as Weier said, “unlearn some of the things that they might’ve been taught by our culture, our society, about who can do what, who’s good at what.”

While the Jan. 23 bicycle bootcamp is specifically targeted toward women, transgender, two spirit and non-binary people, Weier emphasizes that UMCycle strives to be a welcoming, non-judgmental environment for everyone.

UMCycle also hosts a build-a-bike program that runs through the winter during the shop’s open hours, where people can fix up used bikes and take them home with them. The suggested donation is $50 to cover costs.

“To be ready for spring, now is the time to come in and work on a bike,” Weier said.

Students and non-students alike can get their bikes repaired, learn to repair it themselves or even learn to ride a bike during UMCycle’s community stand time.

This spring, UMCycle will also be offering a ride safety workshop in partnership with MPI and a wheel-making workshop.

“All of these skills are learnable, and they’re all learnable for everyone,” she said.

The UMCycle Warehouse is located at 157 Helen Glass Centre. For information about hours, workshops or volunteering for UMCycle, visit umsu.ca/businesses/umcycle.