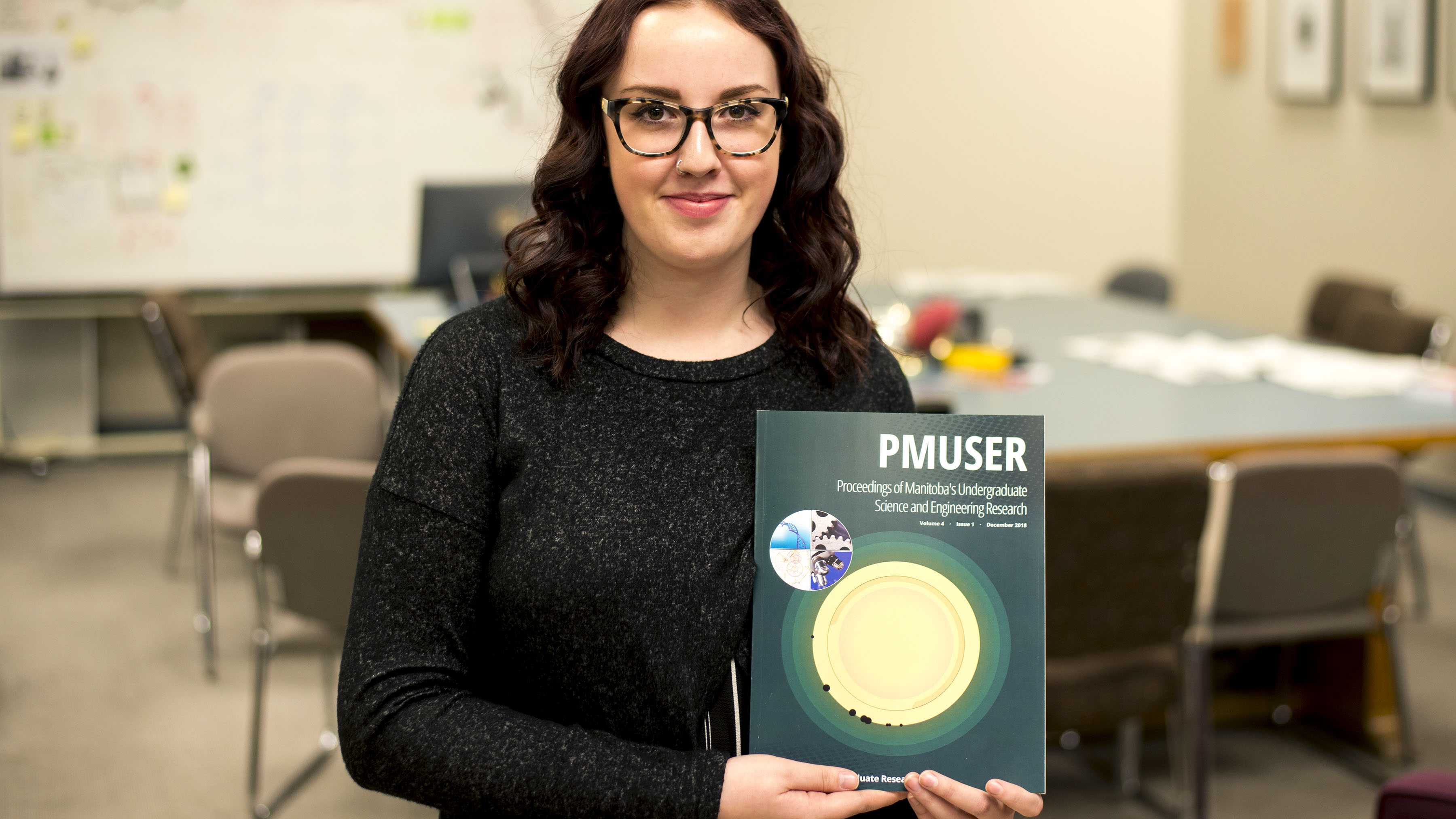 The final issue of 2018 of the Proceedings of Manitoba’s Undergraduate Science and Engineering Research (PMUSER) journal has been released, and U of M student Michelle Wuzinski has received the year’s best paper award for her research on distinguishing subspecies of a pathogenic bacteria.

The paper looks to support current methods of analyzing the data from all of bacteria’s DNA — whole genomes — to distinguish between different strains and subspecies.

“So basically, a way that they use to type bacteria, it’s called multi locus sequence typing,” she said.

“So they take a few genes, and then every time there’s like one base pair mutation of that gene, a new allele is created.

And then they’re typed based on the different combinations of alleles they’ll have.”

PMUSER is a peer-reviewed undergraduate journal which covers, according to its website, “a wide range of scientific disciples.”

While the journal was founded at the U of M, it accepts any research work done in Manitoba by undergraduate students.

Wuzinski, who received a $250 prize sponsored by the faculty of science, said she was not expecting to win the award.

“I found out through email and I was actually quite surprised,” she said.

“I was told that I was on the short list for the award but I had no idea how many submissions there were and what my chances were and I was about to write a final exam when I found out and it was a wonderful surprise. The winnings are probably going towards my tuition next year.”

While Wuzinski said she is not sure where she will pursue her education after finishing her final year at the U of M, she wants to continue in the field of microbiology.

“I want to go into medical microbiology because I’ve always been very passionate about diseases and their effect on humans.”