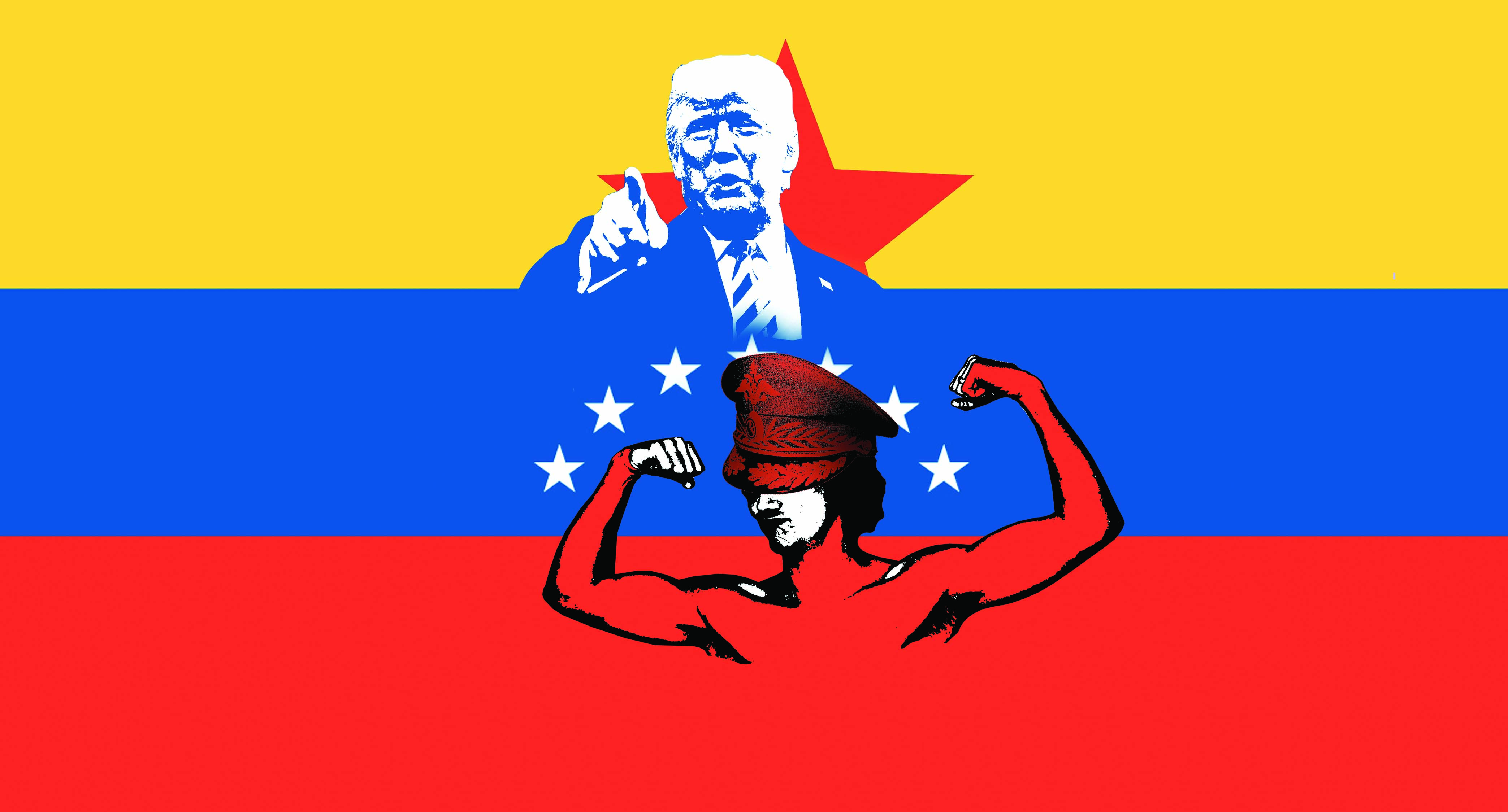 Something is rotten in the state of Venezuela and his name is Juan Guaidó.

The Venezuelan constitution allows the president of the National Assembly to become president of Venezuela in the event the presidency becomes vacant. The only problem is Venezuela’s elected president, Nicolás Maduro, is still very much in power.

Guaidó is a relatively unknown elected representative who is part of the small and marginal party called Popular Will and only just recently became president of the National Assembly. However, he and his party are part of a formal coalition called Democratic Unity Roundtable (MUD) who control the dormant National Assembly. While other parties also oppose the ruling United Socialist Party of Venezuela (PSUV), it is MUD who are causing the current crisis. The MUD is commonly referred to as the “opposition” in media reports.

Despite the competing presidential claims, Canada, the United States and several Latin American nations have recognized Guaidó as the legitimate president of Venezuela.

This has nothing to do with democracy and everything to do with the United States’s attempt to drive an unco–operative government from the Western Hemisphere. And this is precisely what the Venezuelan opposition has been angling for.

This is the opposition’s long-term strategy.

Maduro was chosen to lead Chávez’s party and revolution after his death in 2013. Maduro only narrowly won the presidency in the 2013 snap-election.

Since then, the Venezuelan economy has entered chaos, which has caused social strife. The opposition has done everything in its power to avoid a negotiated a peace settlement with Maduro and a return to normalcy. If the opposition could guarantee some of the gains from the Bolivarian Revolution, a brokered peace could be achieved.

The opposition, however, wants nothing short of the total eradication of anything the revolution brought.

In 2018, Maduro ran against an opposition leader who disagreed with the official line of absenteeism for the presidency. Voter turnout was just under 50 per cent and over 60 per cent of the vote went to Maduro.

Instead of mobilizing supporters, the opposition simply stood by. It never wanted to contest Maduros. The point of the election for the opposition was to get the U.S. and its allies to stop recognizing Maduro as the Venezuelan president.

It was impossible for the opposition to spin Maduro as an illegitimate president prior to the 2018 election. No one could have honestly accepted such an assessment. Maduro’s 2013 election victory was tightly contested, and he only won by a narrow margin.

And the long-term strategy of the opposition is playing out right now. It was just two weeks after Maduro was inaugurated as president of Venezuela for his second term that Guaidó declared himself president and the U.S.-led coalition against Maduro accepted the self-declaration.

They claim Maduro is now an illegitimate president because of the circumstances of the 2018 election. Similarly, the opposition attempted a U.S.–backed coup against Hugo Chávez in 2002. It inevitably failed. So, this strategy is not new.

Guaidó received assurances from U.S. vice-president Mike Pence and Canadian foreign affairs minister Chrystia Freeland that each country would wholeheartedly back Guaidó’s self-declaration in the weeks and days prior to crisis. America’s Latin American allies are following lock-and-step with the regional giant.

Reports of Guaidó negotiating on behalf of Venezuela with the International Monetary Fund (IMF) reveal his is trying to sell the Venezuelan state-owned oil company. The revenue from the public oil company is the principal source of funding for the revolution’s social programs.

There no question as to what Guaidó plans to do in Venezuela. And he cannot do it if supporters of the revolution remain.

The only hang-up is the Bolivarian Revolution was founded within the Venezuelan army. The top military officers remain loyal to Maduro and the revolution. And here lies the real danger in Canada’s support for the pretender Guaidó.

Maduro is open to negotiation, Guaidó is not. The only way to unseat Maduro is to implement a military coup. This is what Canada is backing. Already now the U.S. is working with a Venezuela military envoy in Washington to back Guaidó. This small cadre has openly professed support for Guaidó from Washington. What is shaping up is a civil war, spurred on by the likes of the U.S. and Canada.

Canada should back a peaceful settlement in Venezuela that is organized and orchestrated by the competing factions.

Imperialists, keep your hands off Venezuela. You can’t have it. It already belongs to the Venezuelan people.

A triumph of courage

Water belongs to everyone, and to no one