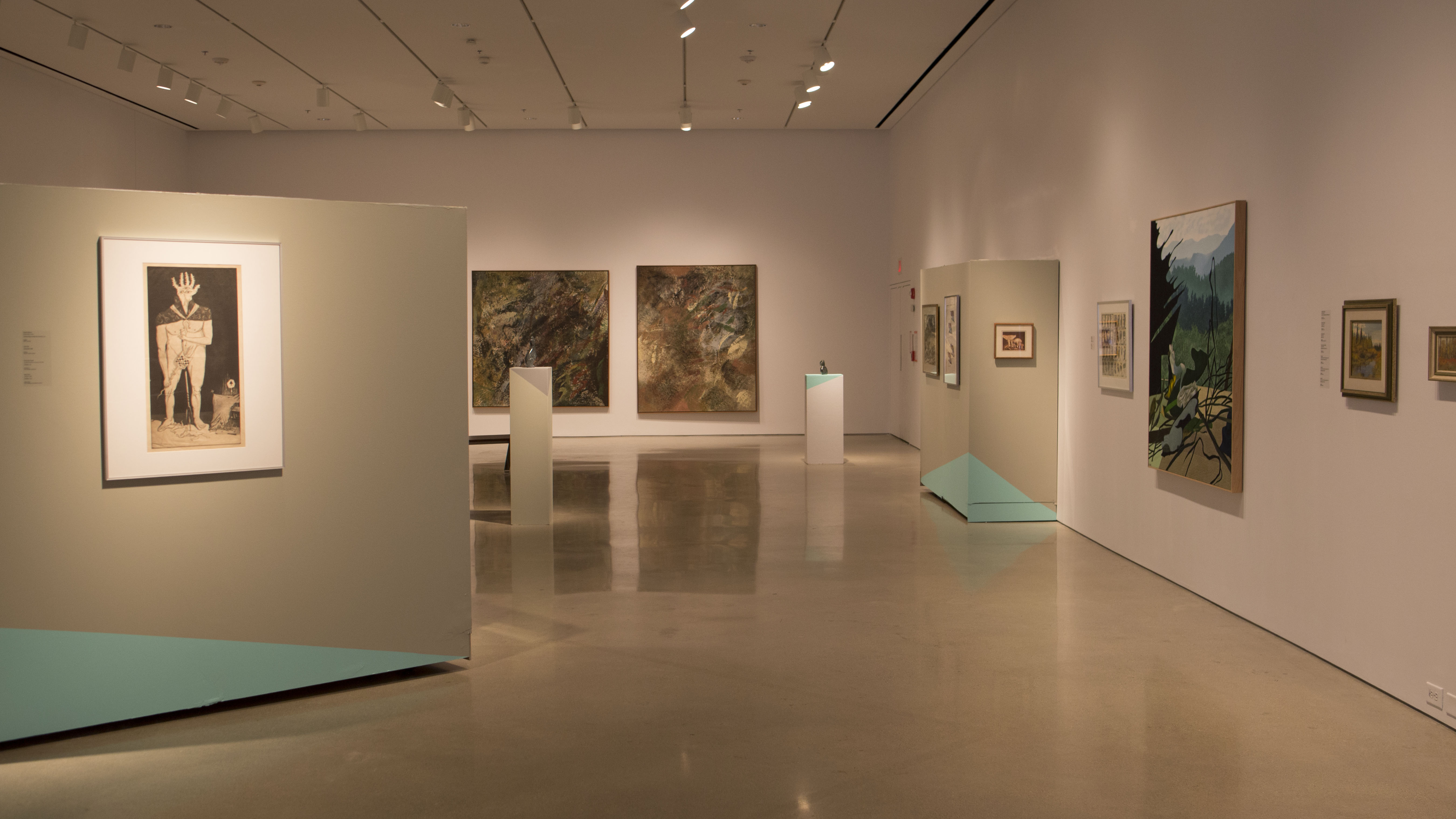 The school of art main gallery’s current exhibition Forest Encounters brings together a 40-piece collection of different artworks representing features of a forest.

The landscapes and the creatures of the forest have become the visual tools for artistic expression allowing for a peaceful, contemplative space in ARTlab.

Curated by Jamie Wright, the school of art gallery’s registrar, Forest Encounters is comprised of a series of prints, drawings and paintings with a combination of sculptures and whale bone carvings.

Forest Encounters is part of the gallery’s showcasing of their permanent collection, which holds about 5,000 works. Received from generous donors, the collection ranges from traditional oil paintings to several print techniques from a variety of eras, sculptures and photography.

“I wanted to construct a forest based on work from our permanent collection,” said Wright.

“It’s very, very important for artists, especially students, to see the work of living artists, or the actual work of artists. It helps to inform their practices.”

For this particular show, Wright said he was drawn to two works in particular by Goyce and Joshim Kakegamic. The brothers created the Triple-K Cooperative in 1973, a foundation that has contributed greatly to the preservation and depiction of Indigenous art. Goyce’s The Flight and Joshim’s Moose are examples of works inspired from Ojibwa myths and legends emblematic of the brothers’ works of art.

“I was trying to think the most logical way of constructing a show around that and it would be to just create a forest where those creatures can live in and emerge from,” he said.

“It was really important for me to present their works — to present them alongside their contemporaries and works from a variety of artists within the collection and not just strictly work by Indigenous artists.”

Wright explained how the pieces used in bringing together Forest Encounters are primarily traditional, two-dimensional mediums — a very illustrative form — on a flat plane. The collection goes about presenting its works by creating a space within the gallery that attempts to vividly capture the feeling of a forest.

“Any sort of section of the gallery or any even individual piece was taken as a whole,” said Wright.

Forest Encounters has something to share with every viewer because of the diverse mediums and the different representations of animals.

“I want [the audience] to feel like they have a space in the university where they can be in a forest, [to] relive experiences they’ve had in the forest or have brand new experiences.”